Only in use for 15 years, the original Bainian Bridge was one of many early Chinese truss-arch bridges that developed problems and needed to be replaced. In addition to cracking within the spandrel beam connections, the Bainian Bridge was only built with a design load of 30 tons and truck weights have increased since the late 1990s when the bridge was completed.

Despite falling out of favor with Chinese bridge engineers, the truss-arch - if designed and built correctly - can have a long service life as evidenced by the nearby Longdeng Bridge on the same route 350 which was built 5 years later in 1994 and has shown no signs of deterioration.

Now gone, the original Bainian Bridge was 120 meters long. I am not sure of the type of replacement built in 2014 but it is likely an arch. The Bainian Bridge creek empties into the much larger Fengle River which has several high arch bridges across its waters in the area around Fenglezhen city including one of China's highest footbridges. 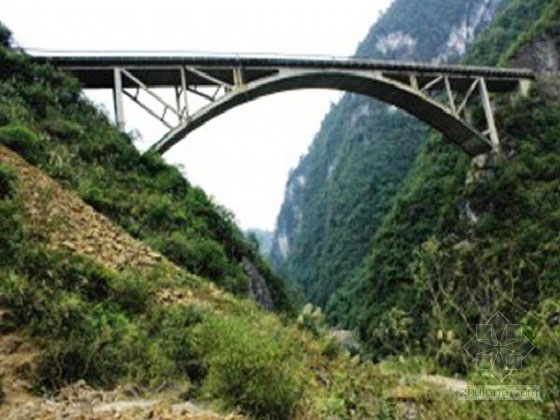 The original Bainian Bridge just after it was closed to traffic in late 2013. 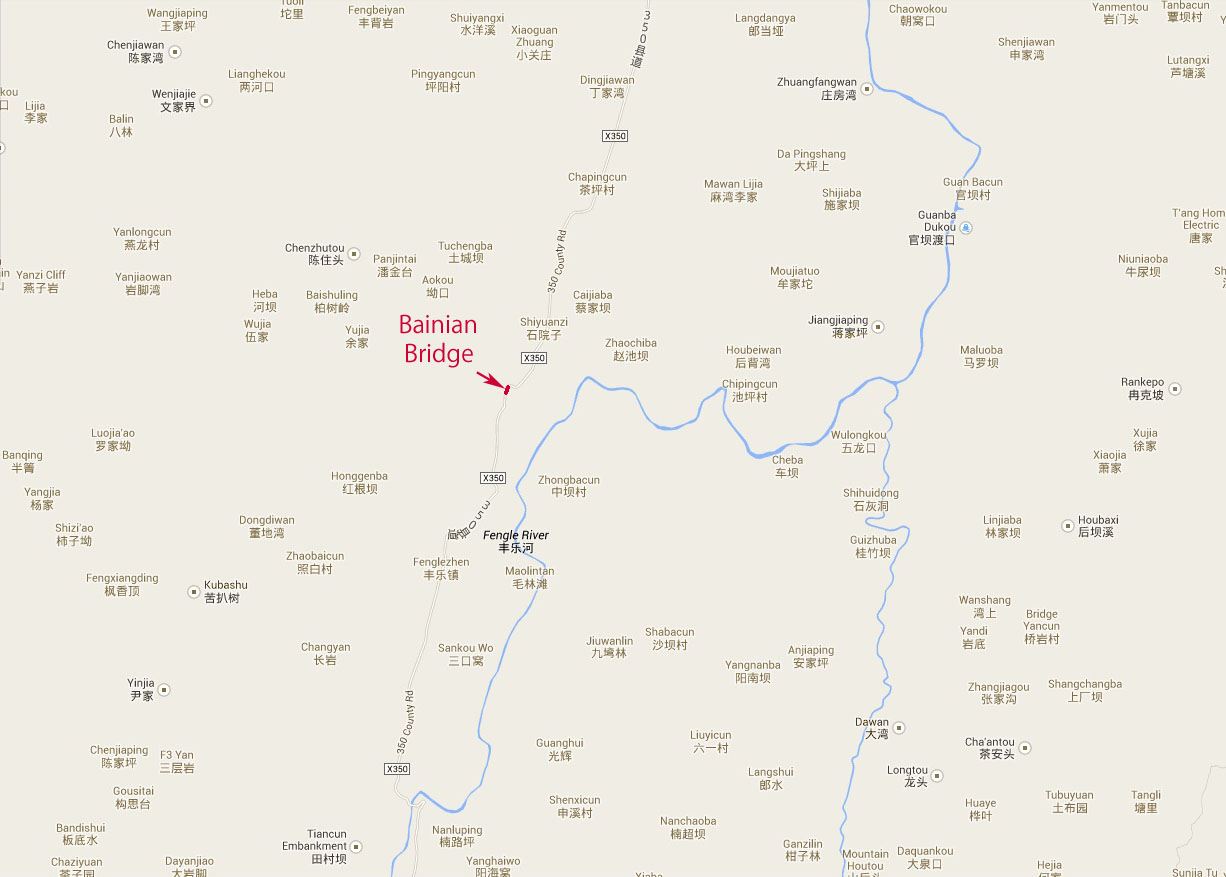 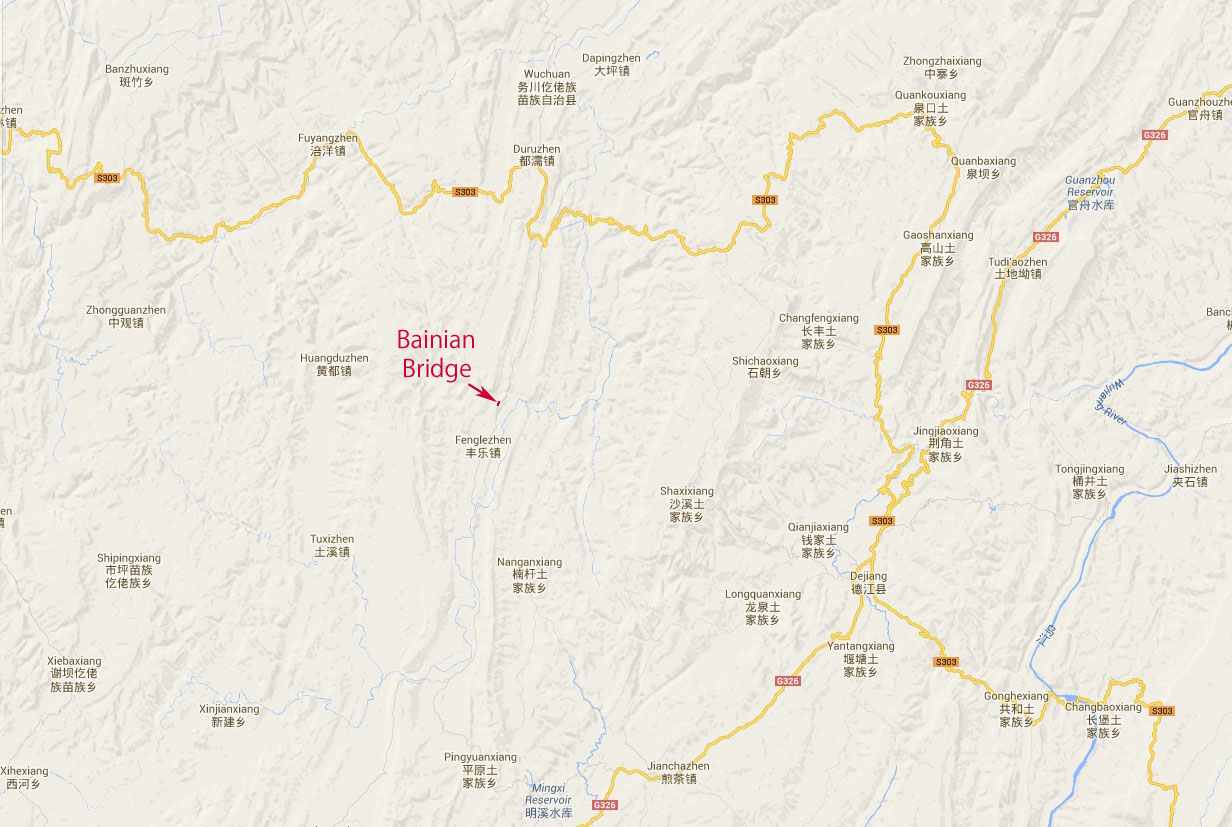