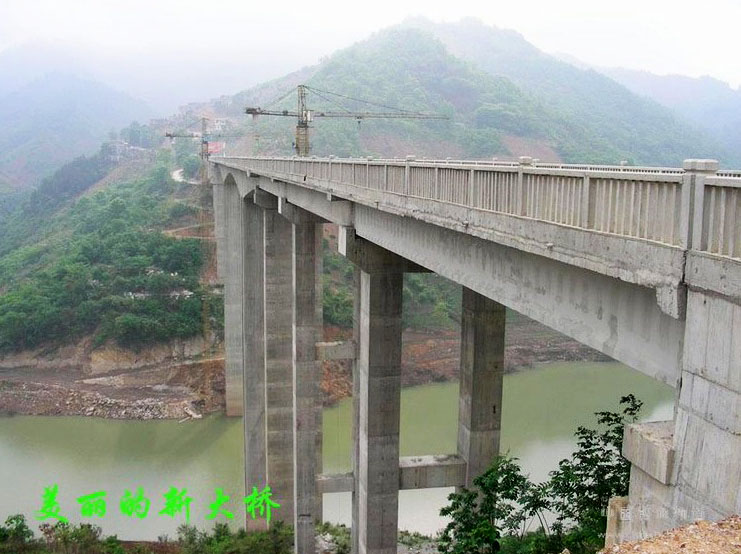 Constructed near the southern end of the great Beipanjiang River in a remote area of Southwest Guizhou Province, a new crossing at Yanjia was necessary to raise route S312 above the deep waters of a new reservoir formed by a downstream dam in the year 2008. The original multi-arch crossing of the S312 was destroyed in the same year.

In 2015 a parallel expressway bridge will open just a couple hundred meters north of the Yanjia beam bridge on the Wang'an Expressway between Anlong and Wangmo cities. 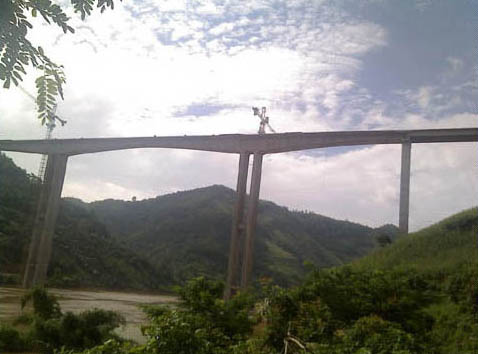 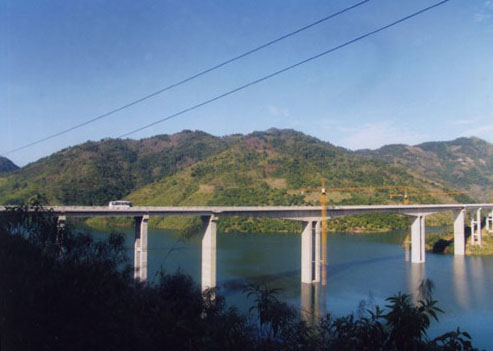 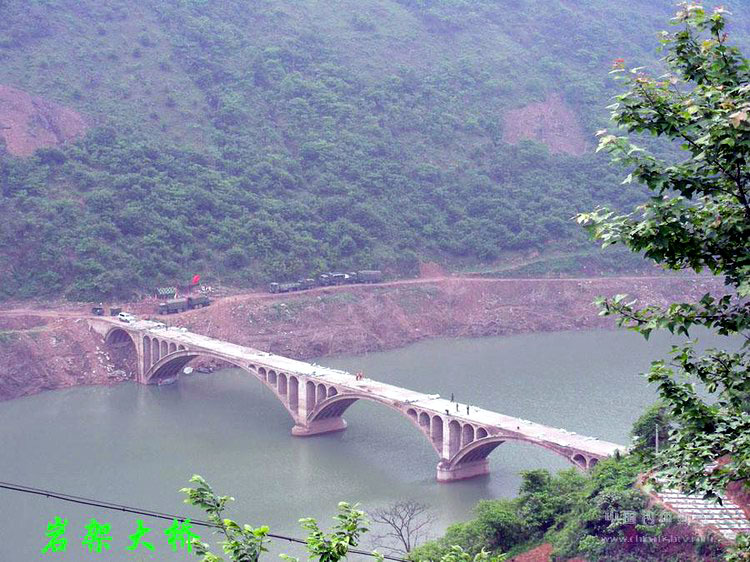 The older Yanjia arch bridge that was once located about 1 kilometer south of the new S312 bridge. 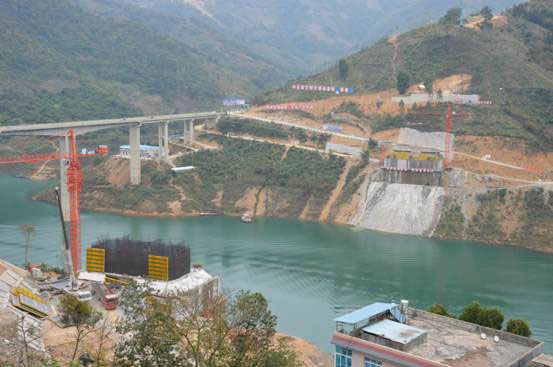 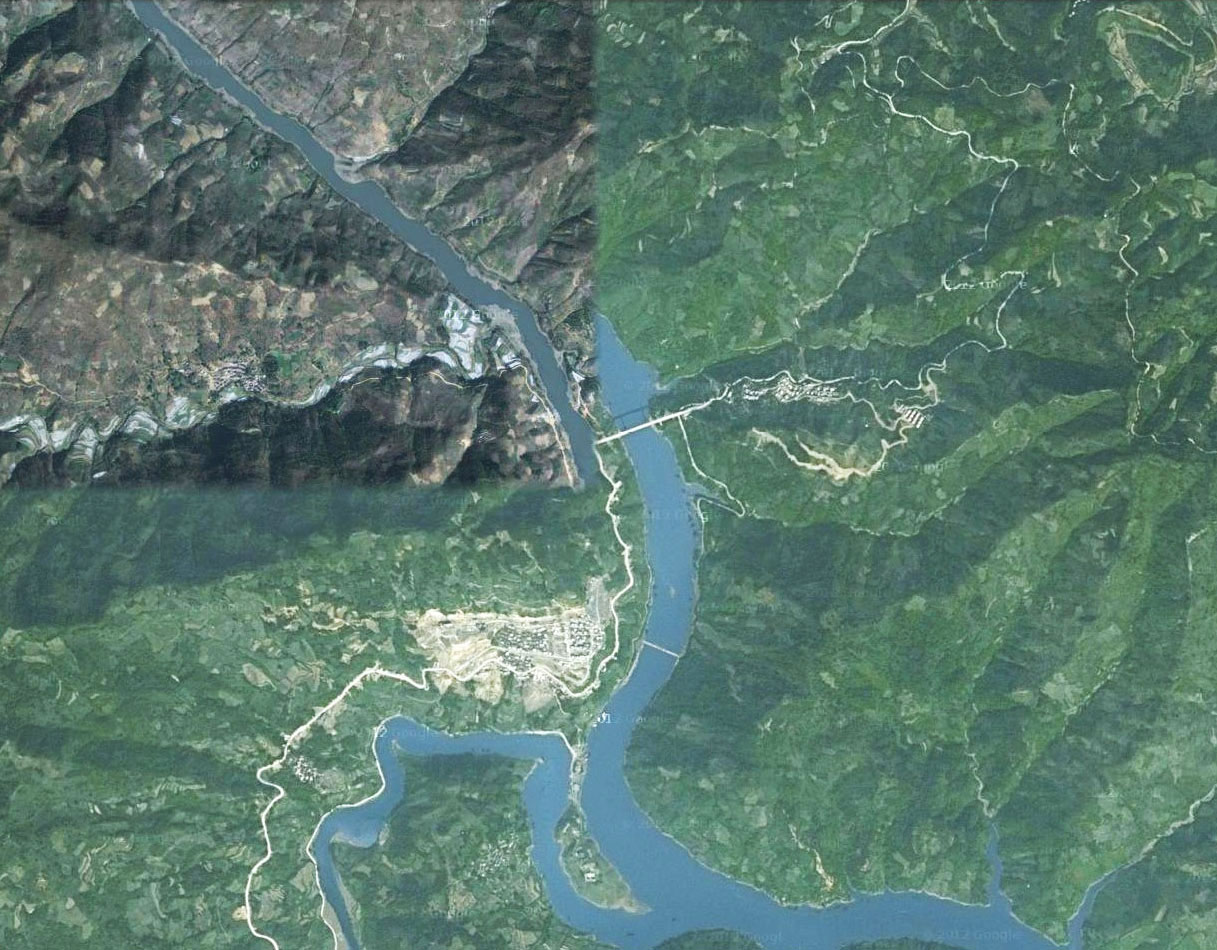 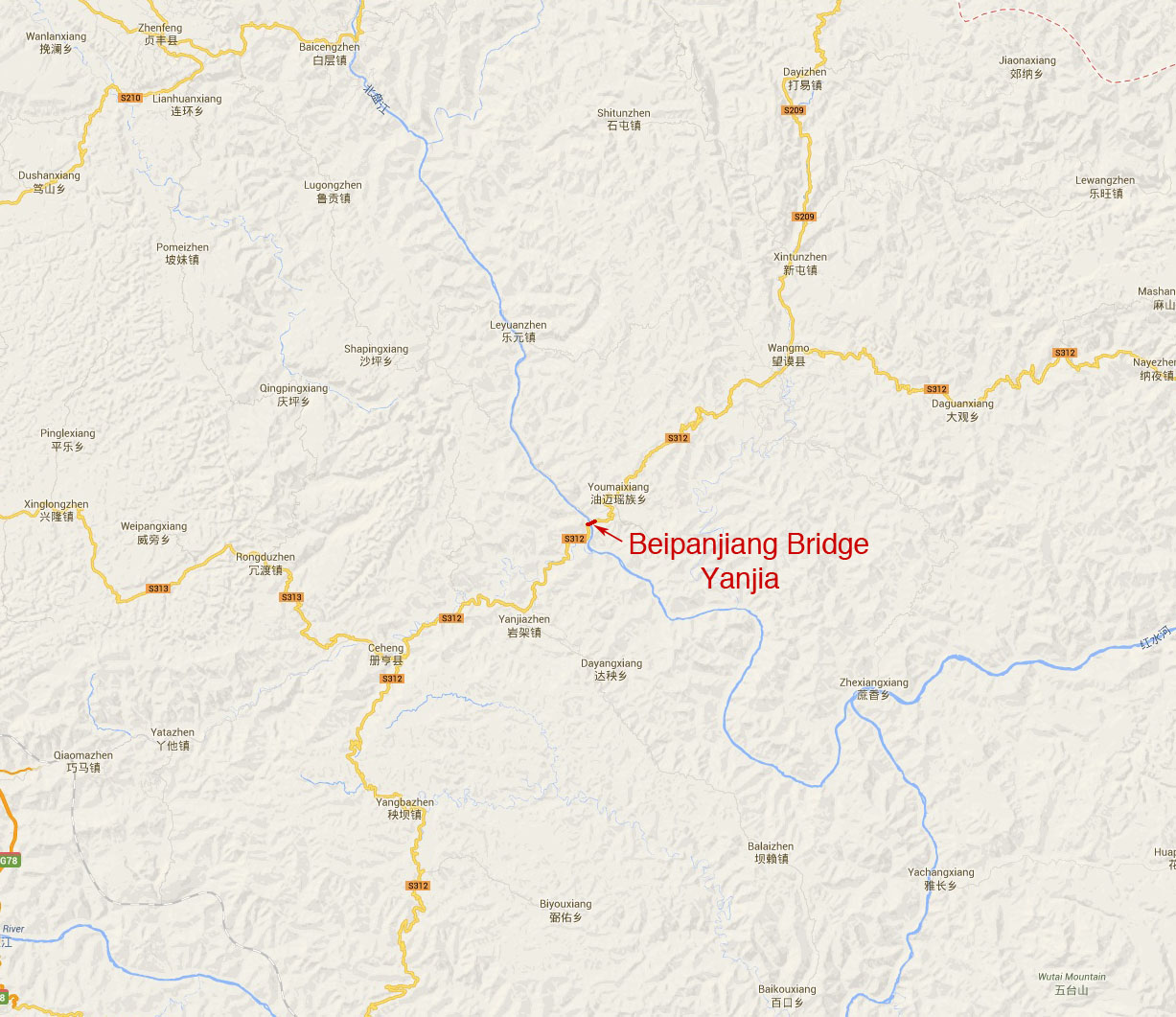