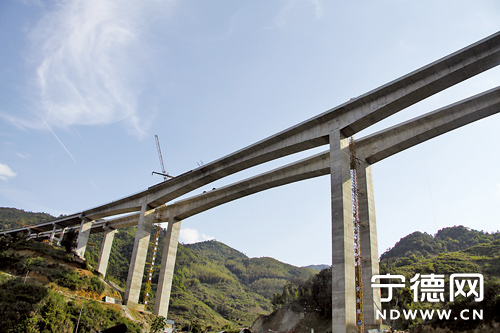 Located within Ningde County not far from the eastern coast of Fujian Province, the Dakeng Bridge twists in an S-shape high above a forested ravine. The 646 meter long viaduct widens out as it crosses the valley to allow the road to split apart for the double tubes of the west end tunnel. The central span is 120 meters supported on piers 73 meters tall. 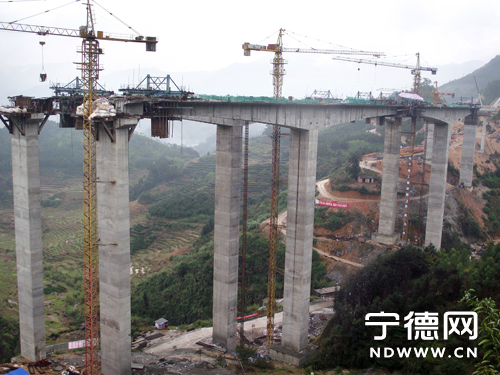 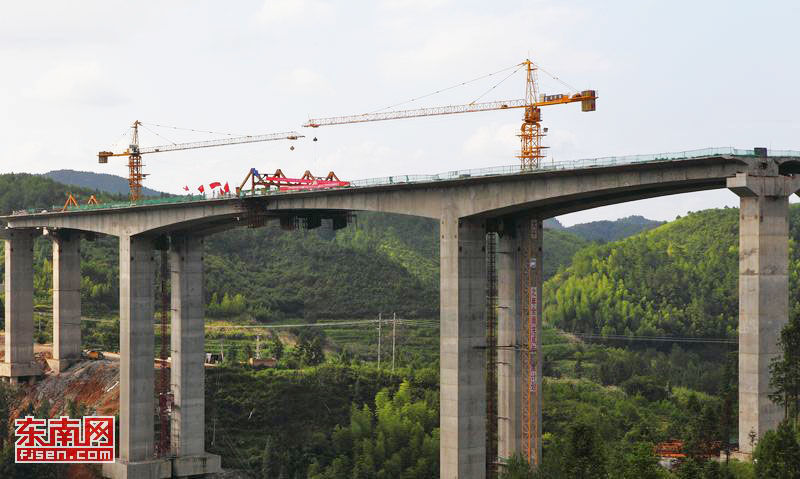 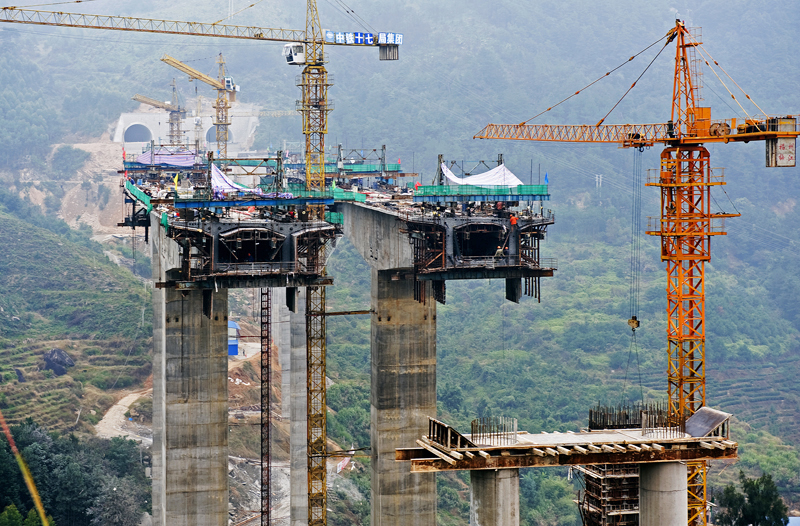 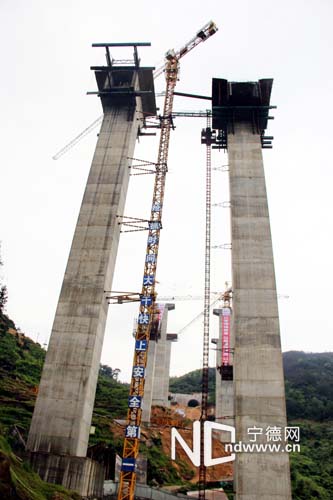 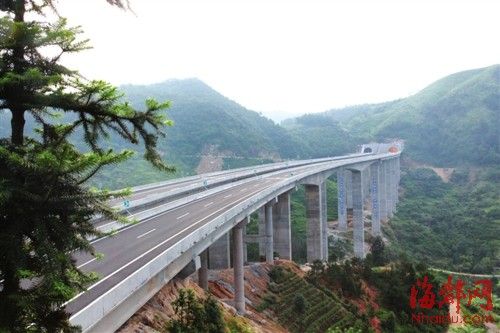 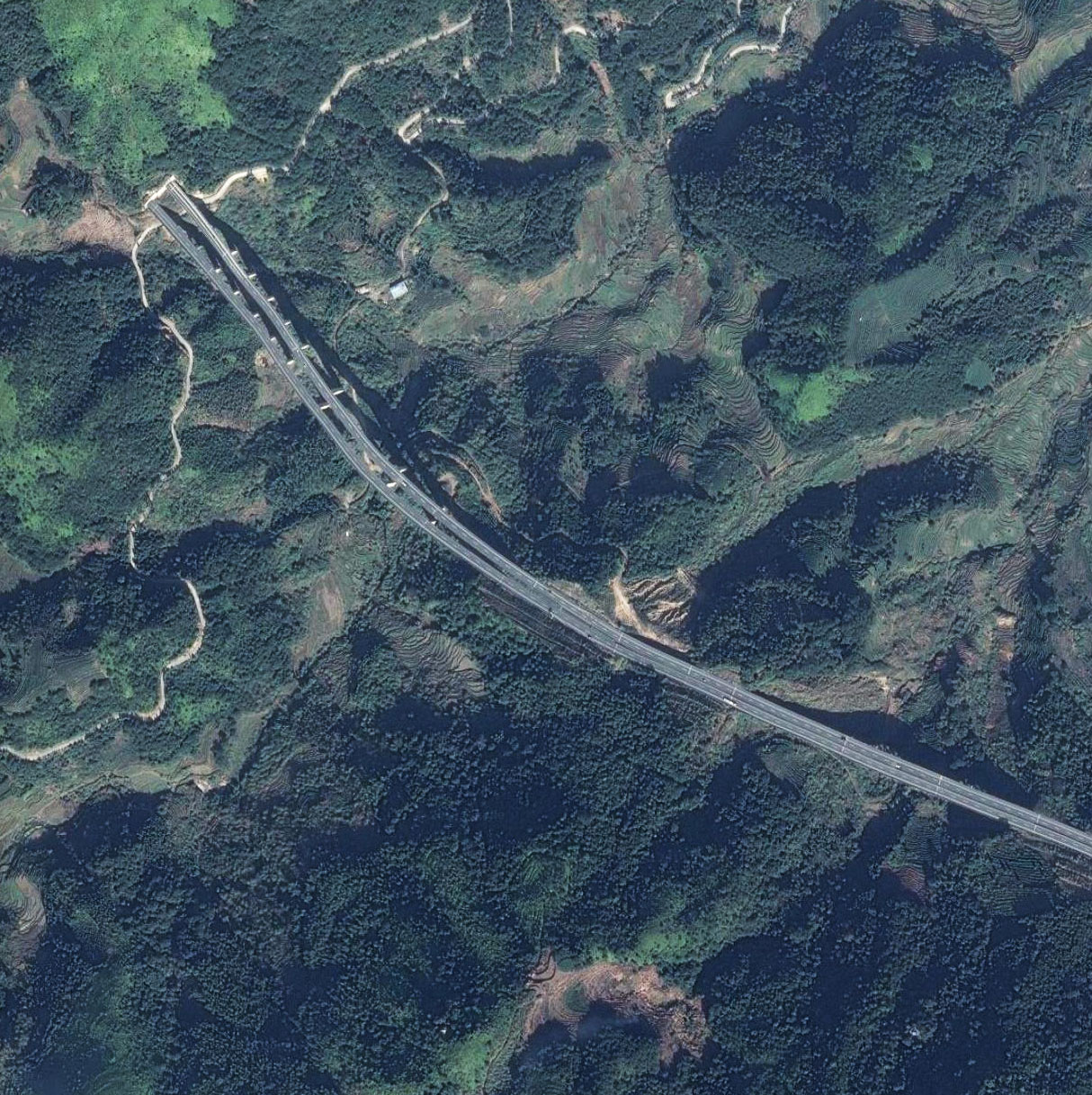 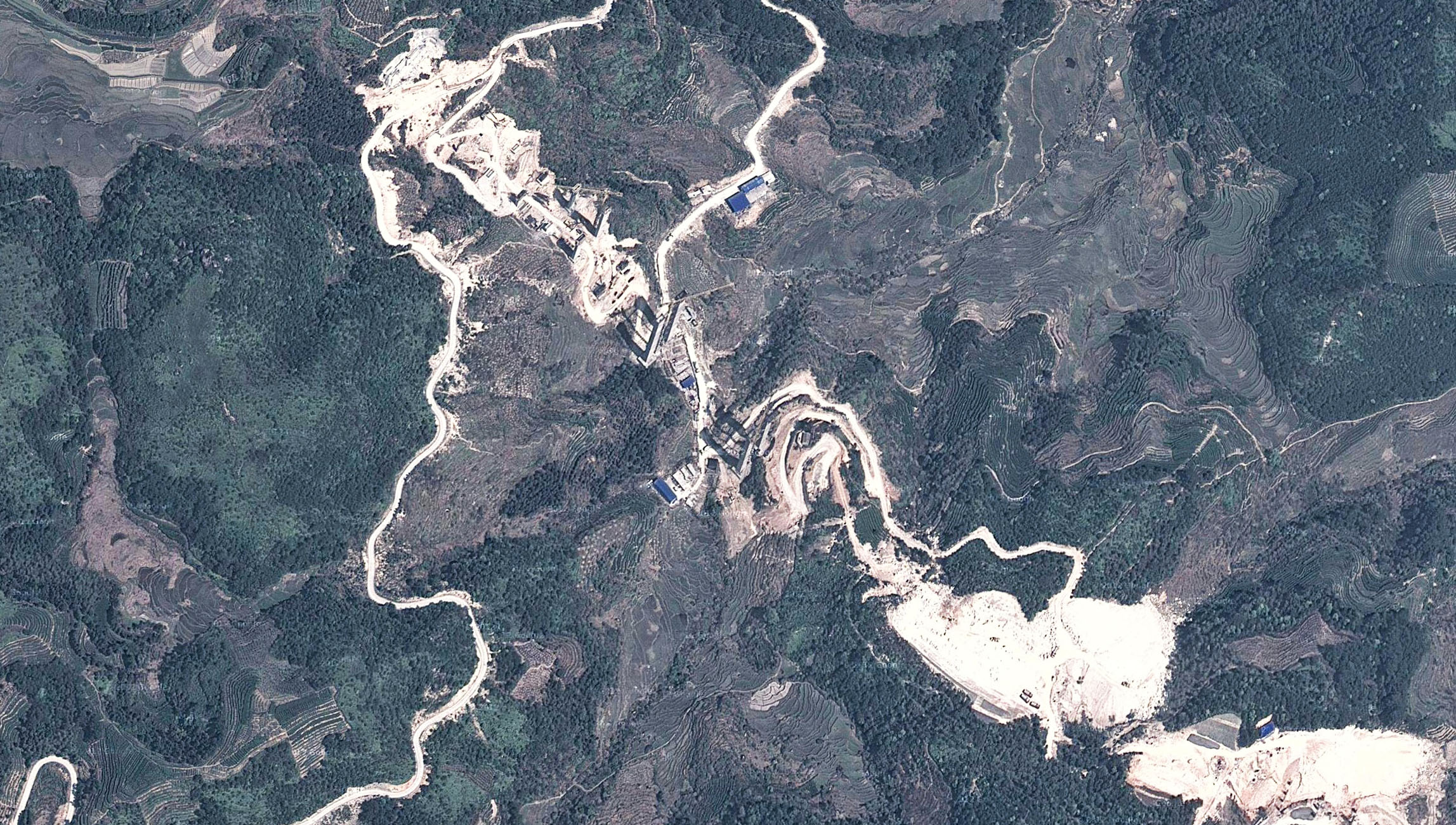 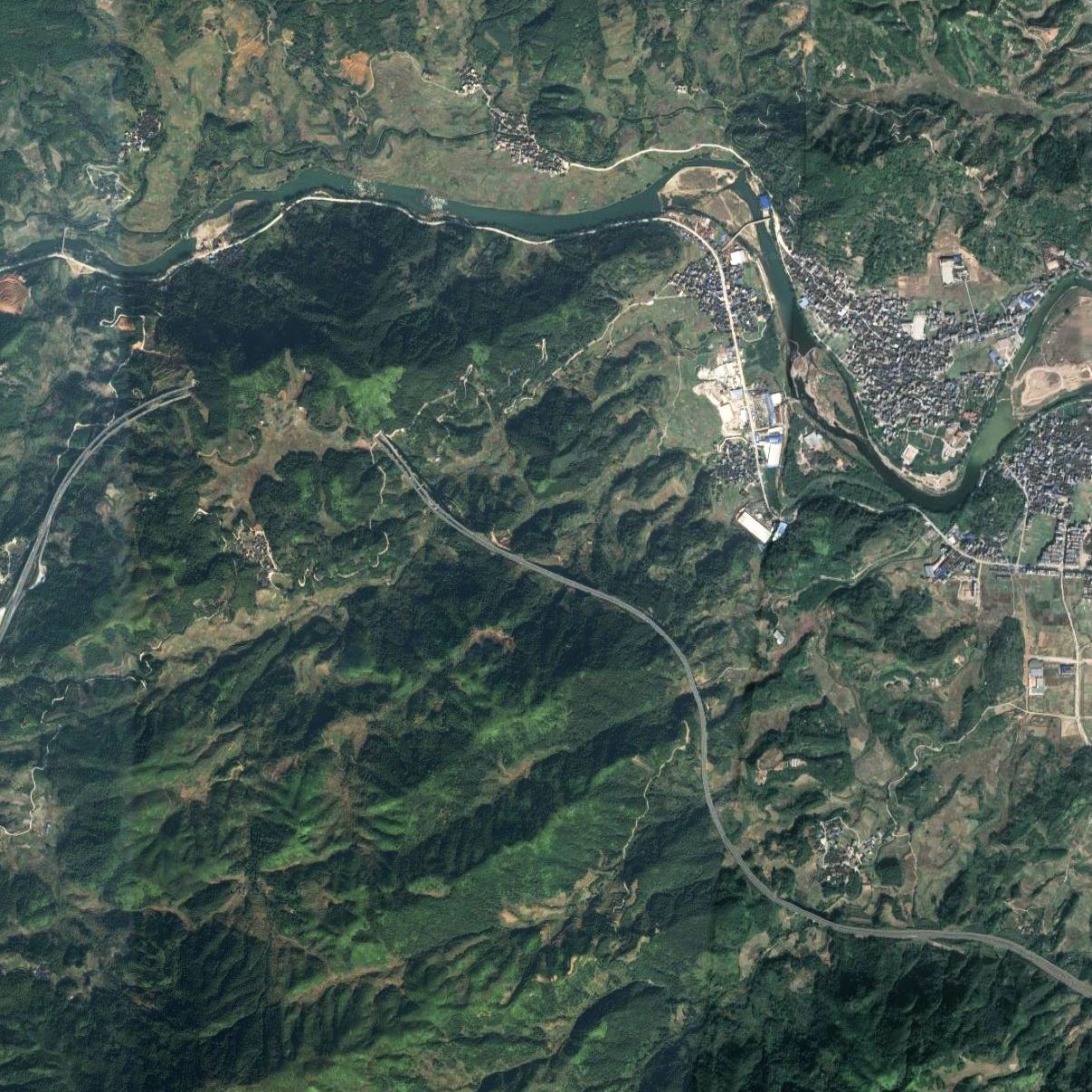 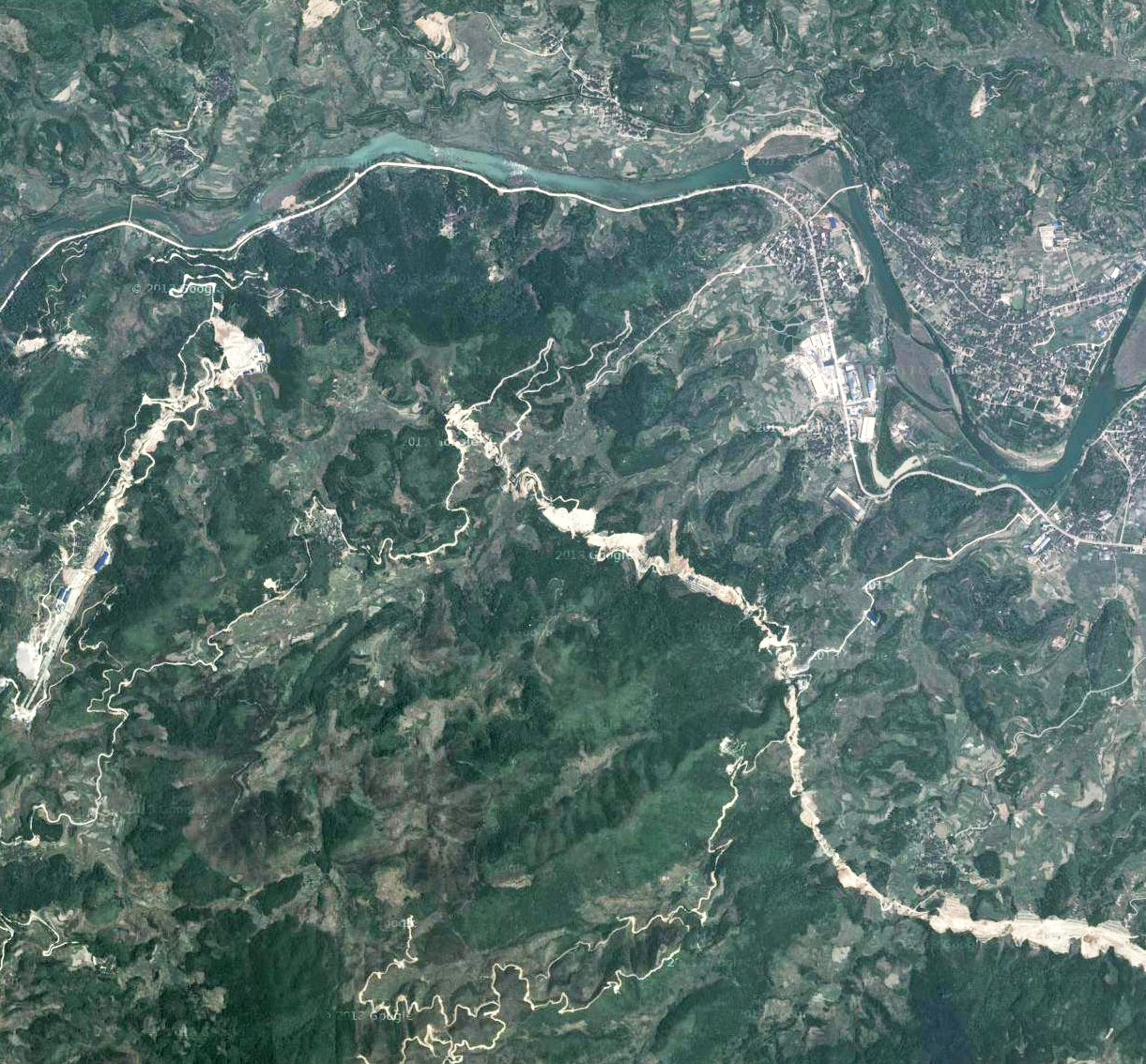 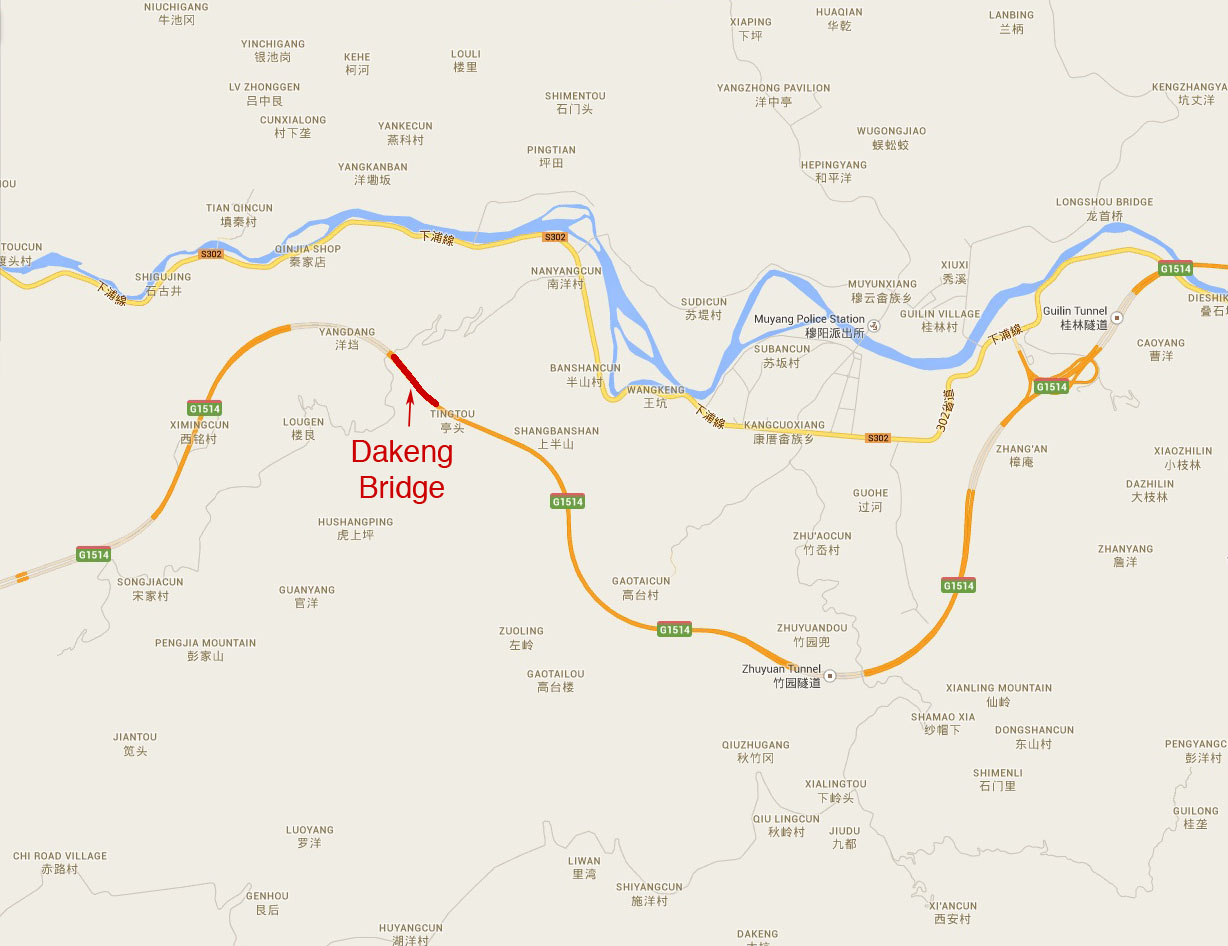 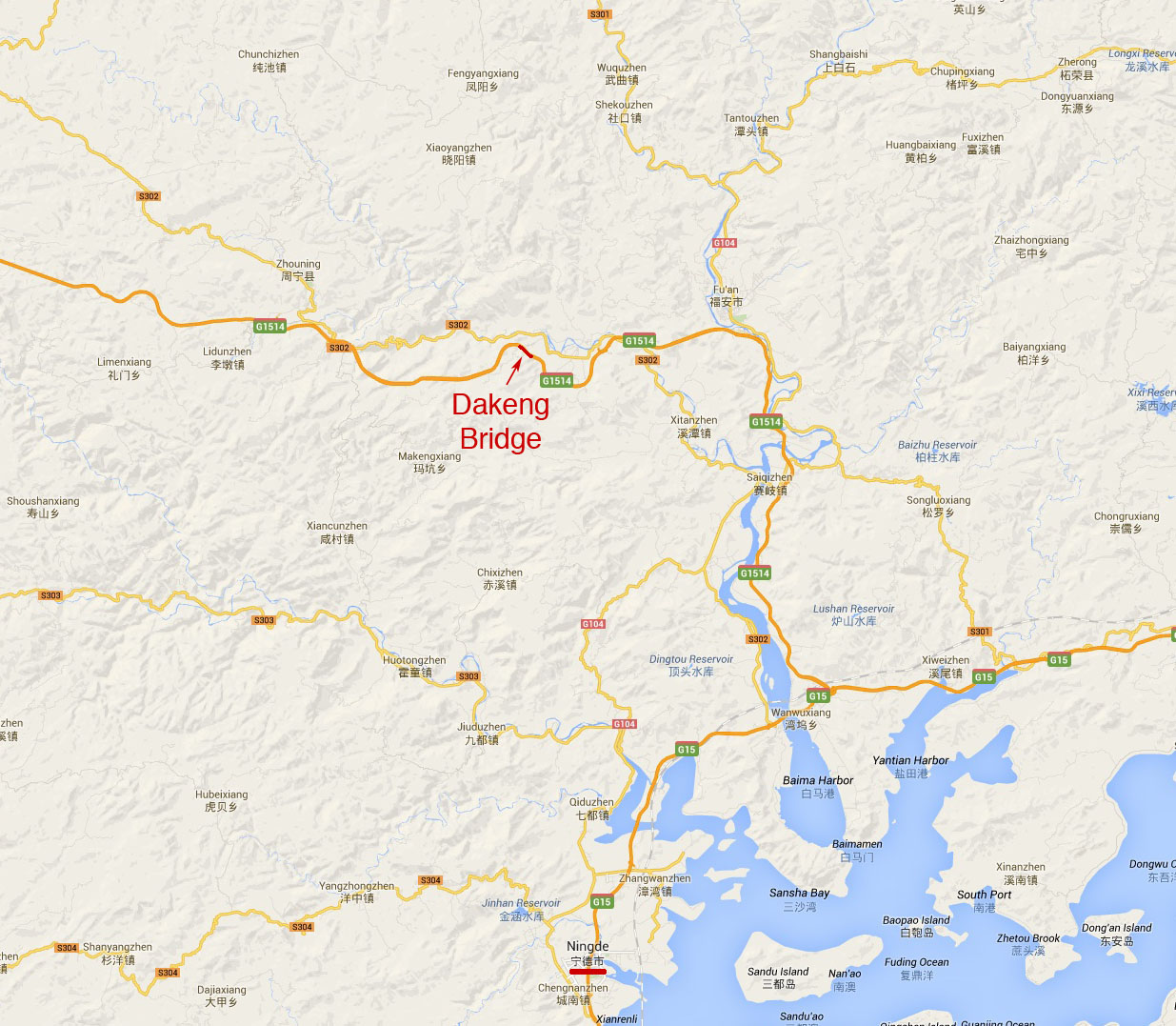