When it opens in 2018 the Malinghe Bridge Zhaozhuang will become the highest arch bridge in the world as well as the highest railway bridge ever built albeit in the form of a light rail metro line. The width of 40 meters will also be a record among the world's 1,000 highest bridge spans. Some may argue that Malinghe Zhaozhuang is not a true railway bridge capable of handling heavy locomotives and that Chenab, Najiehe and the Beipanjiang Qinglong Bridge are still the 3 highest railway spans on earth. However you rank it, this massive red arch is sure to garner attention in a picture-perfect setting high above the famous Malinghe River gorge.

Built to connect the main city of Xingyi in the west with the newer developments on the east side of Xingyi, the giant concrete filled steel tubular ribs will be supporting 6 lanes of traffic, 2 metro lines and 2 pedestrian walkways. The metro line 1 is only the first of an ever expanding metro line system that will see at least one other major metro line crossing high above the Maling River several kilometers to the north of the Zhaozhuang arch bridge.

The entire Malinghe River is a protected scenic spot with dozens of spectacular waterfalls cascading into its waters along a stretch of several kilometers. The close proximity of such a deep gorge to Xingyi city will eventually result in the construction of more high bridges in one location then any other place in the world. This 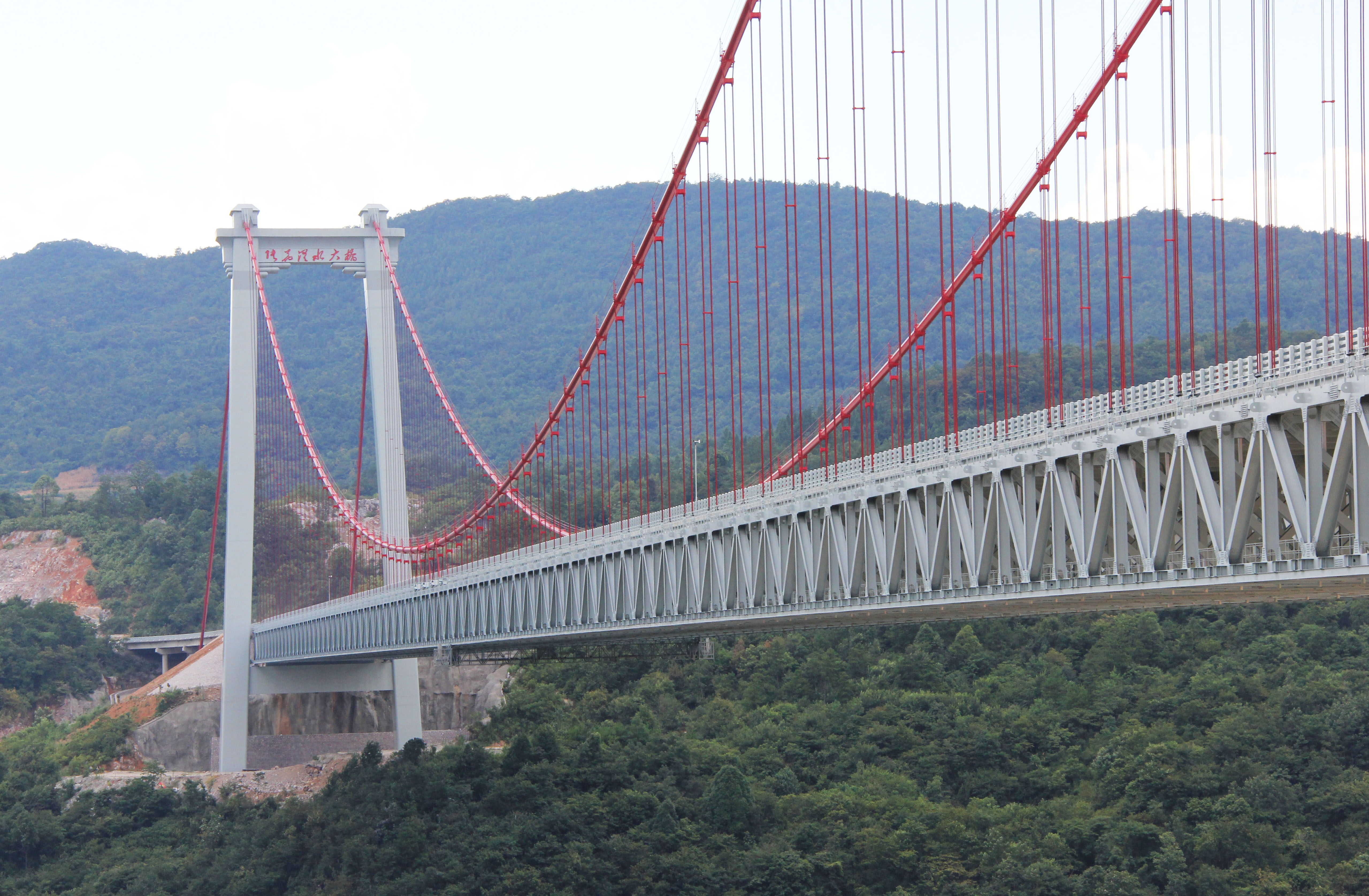 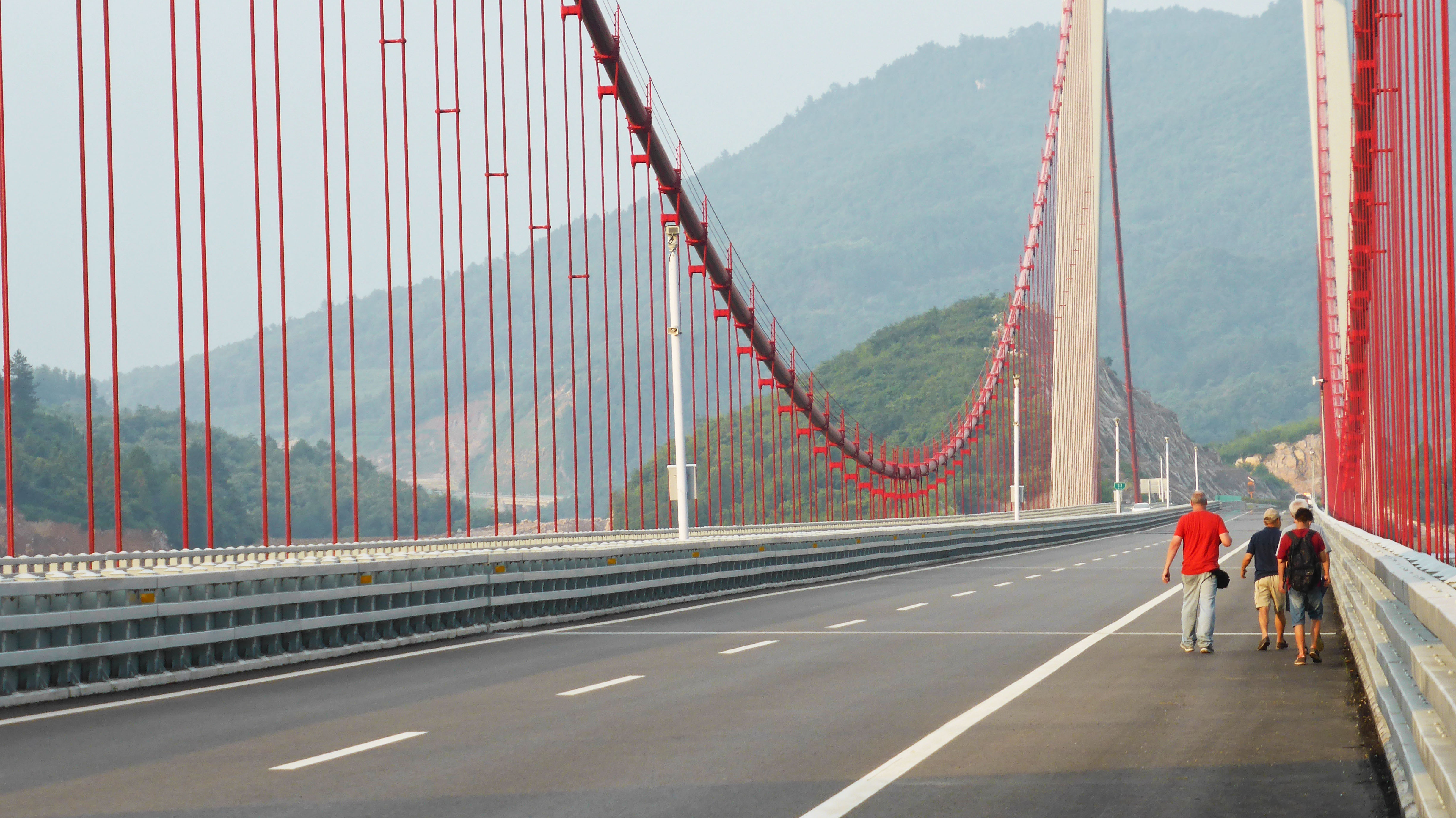 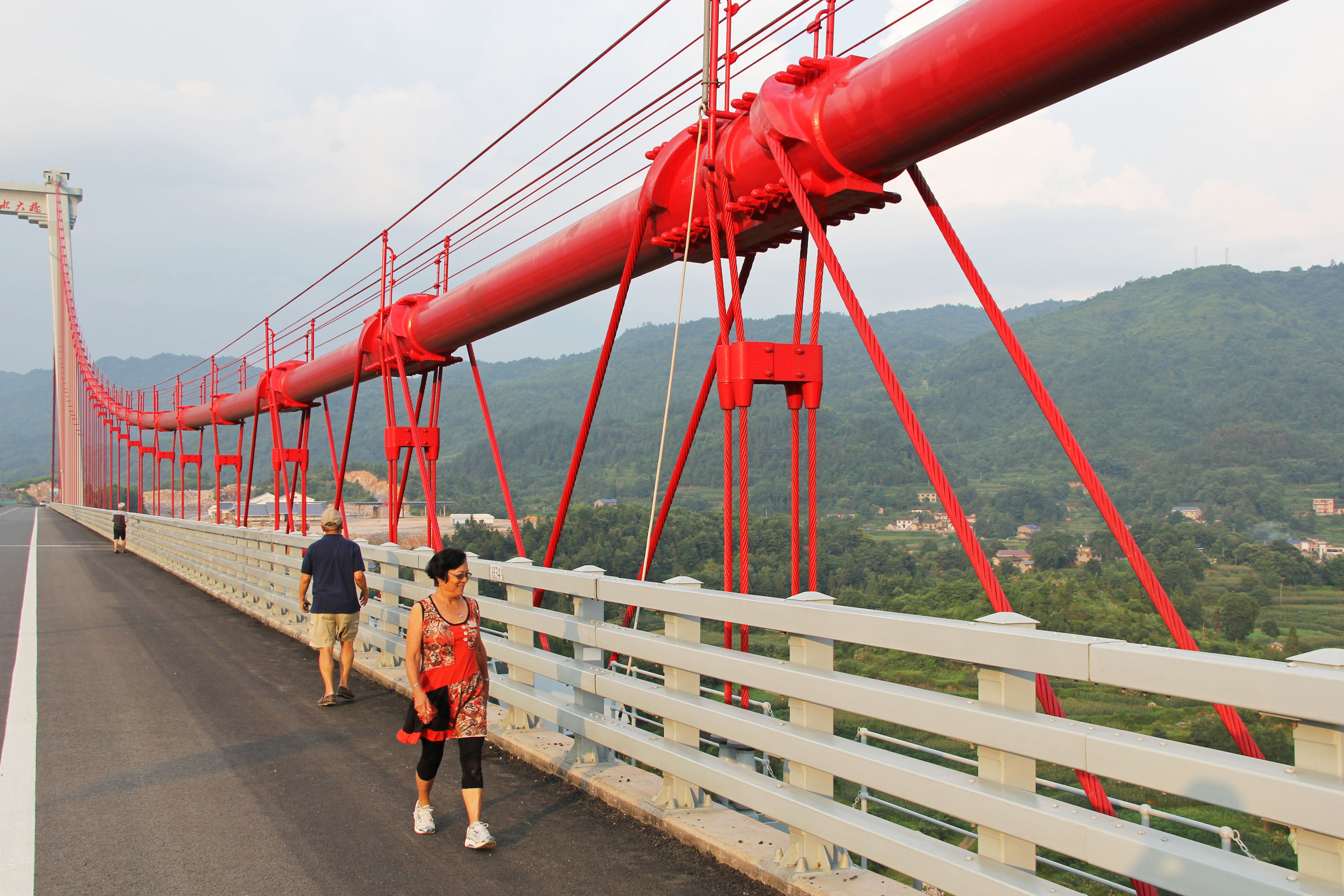 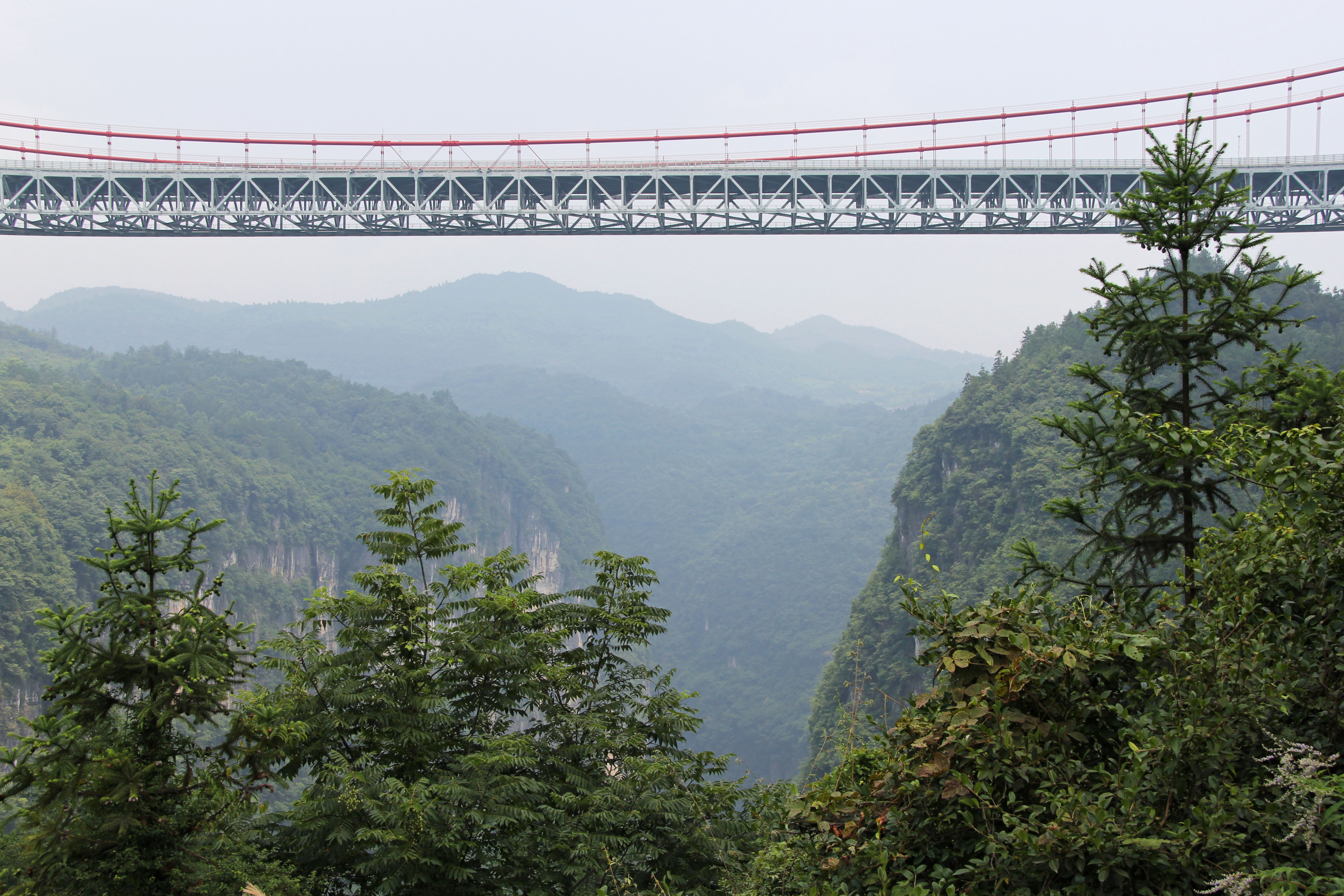 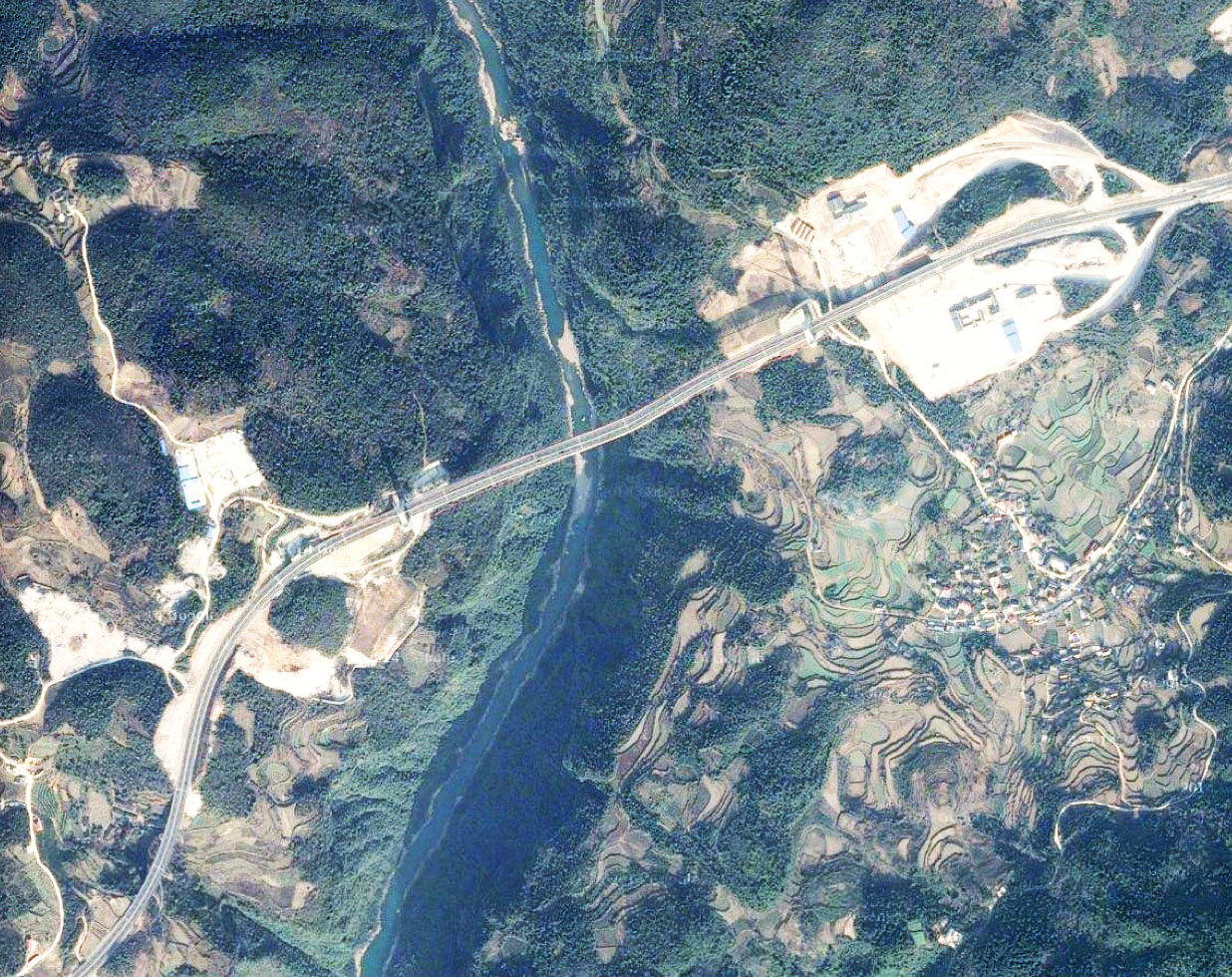