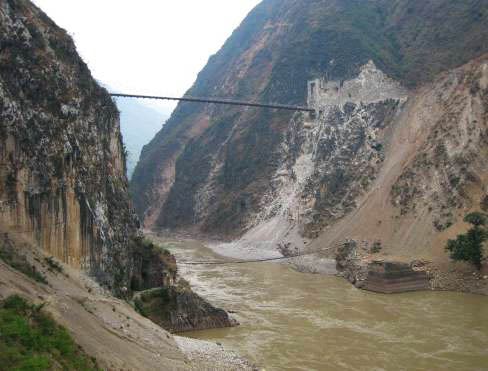 The New Jihong Bridge was also built very high to clear the new water level from a reservoir that was formed behind Xiaowan, the 2nd highest concrete dam in the world. The spectacular 958 foot (292 mtr) high double curvature structure holds back a body of water some 787 feet (240 meters) deep along the Mekong (Lancang Jiang), a river with several of the largest and highest hydroelectric dams in the world including the Manwan, Dachaoshan, Nuozhadu and Jinghong. The Mekong River is the only international river in Asia linking 6 countries. The river has more species of fish than any other waterway on earth except for the Amazon. The full reservoir is 164 feet (50 meters) deep beneath the New Jihong Bridge.

Of course the most impressive of the 3 spans is the spectacular steel railway arch with a soaring span of 342 meters. The two steel truss arch halves were built vertically on either side of the canyon slopes on top of scaffolding. While still in a vertical position, the two halves were then rotated at the arch springing and then lowered down over the gorge where they were connected at the crown. 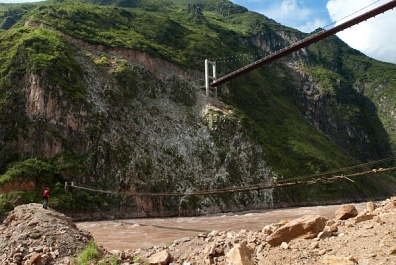 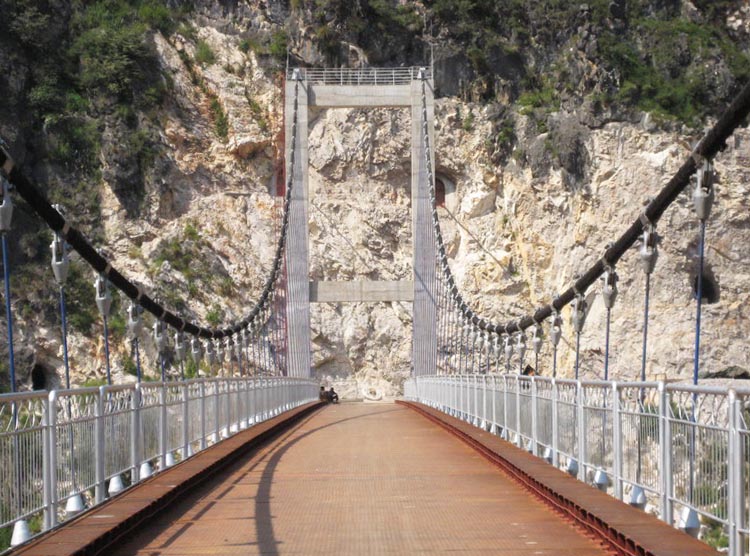 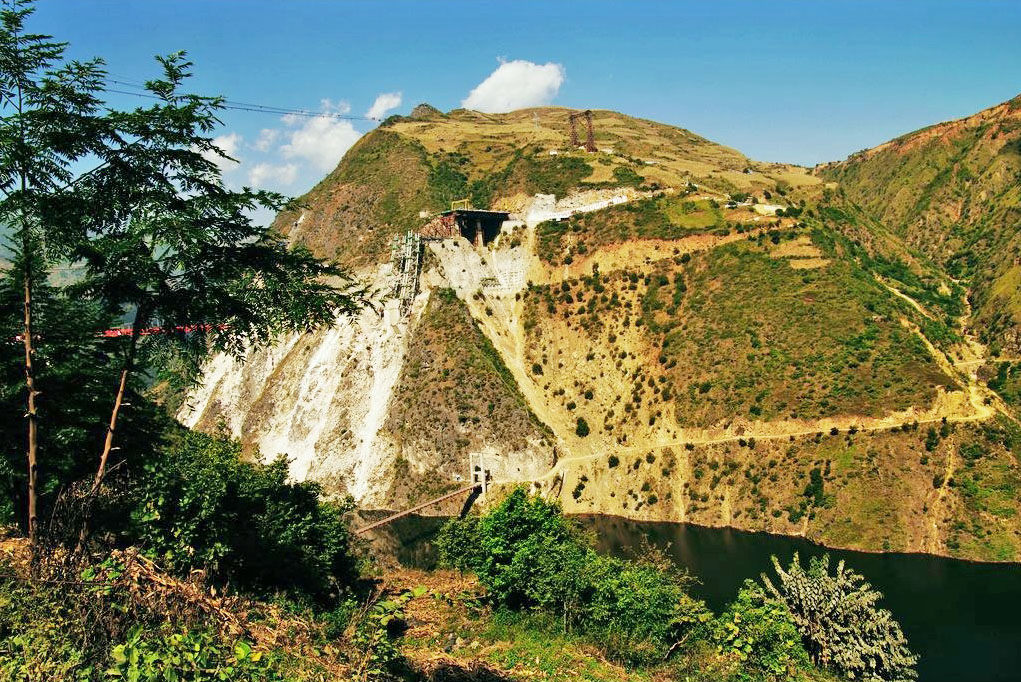 A late view in 2012 shows a full reservoir beneath the two suspension bridges. 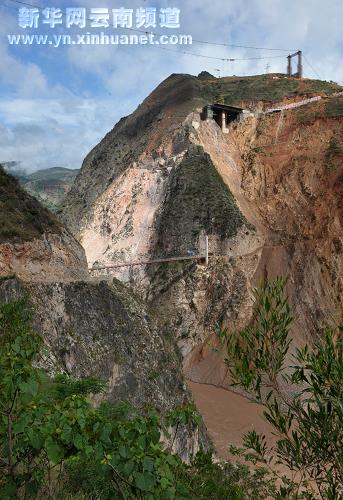 A 2011 construction view of the Lancangjiang River gorge. The suspension pipeline bridge had yet to be constructed and the reservoir had yet to form behind the massive Xiaowan Dam. 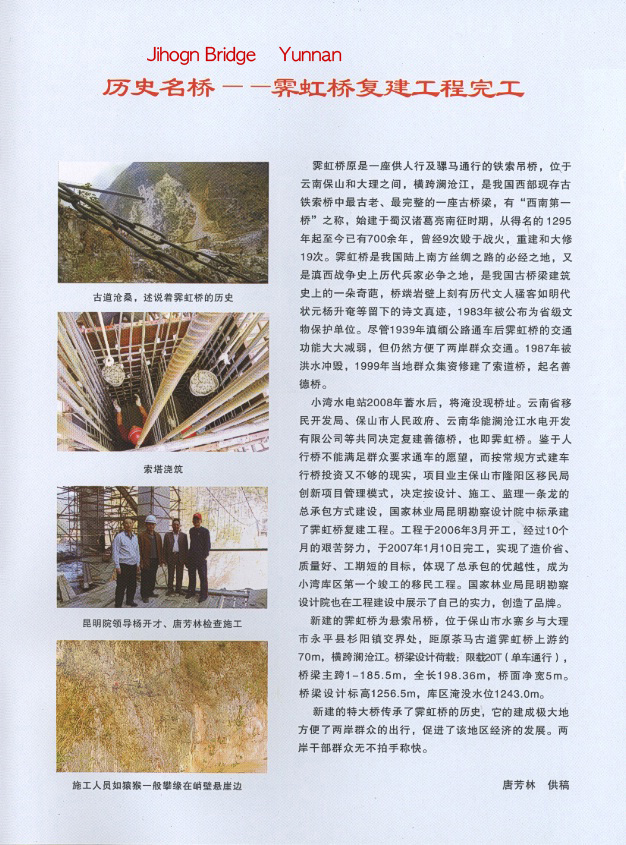 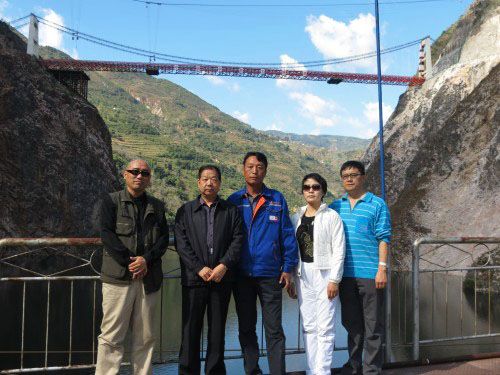 The pipeline bridge as seen from the New Jihong Bridge. 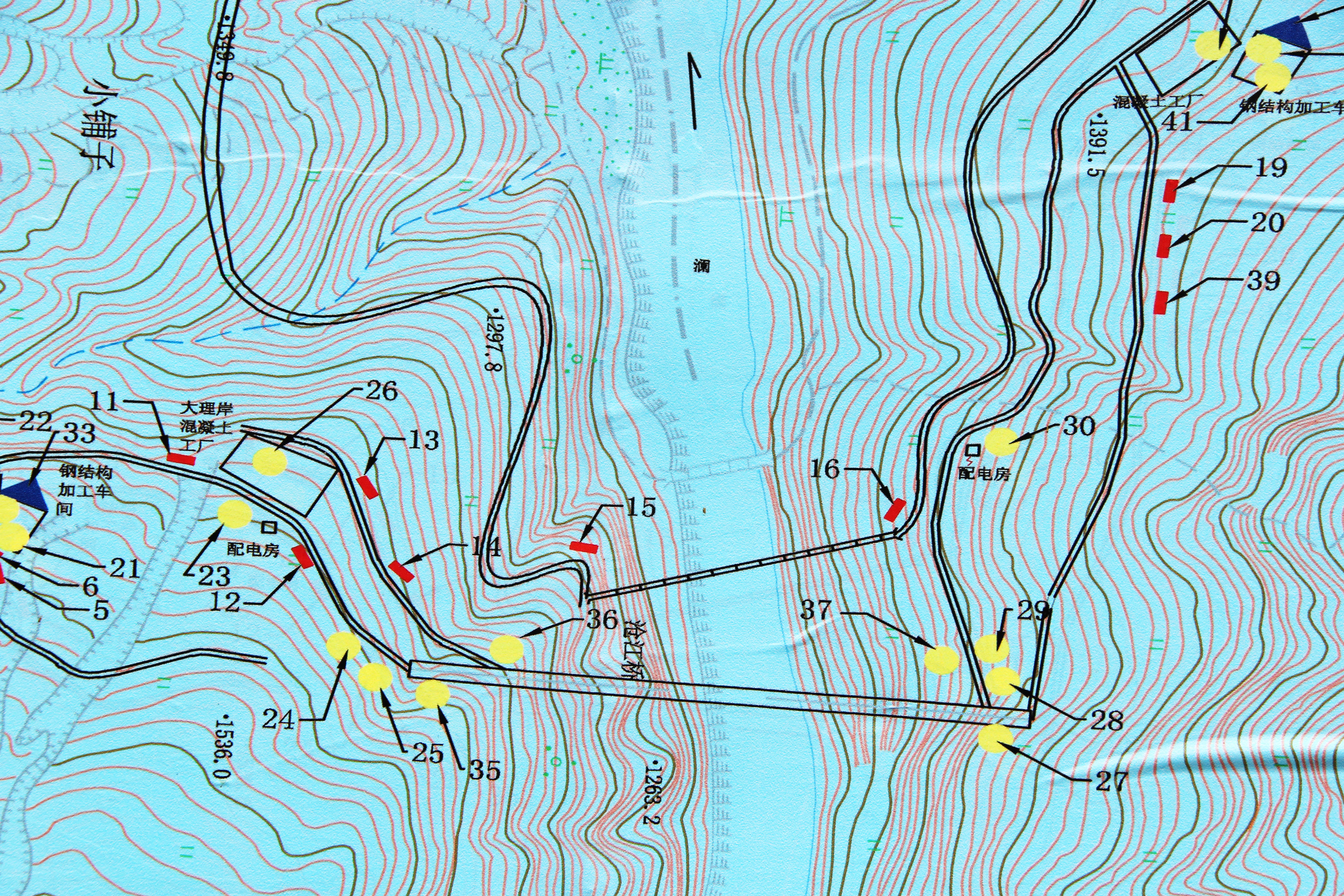 A map that does not show the pipeline bridge. The 3 crossings shown from bottom to top are the railway bridge, the 2-lane New Jihong bridge and the 1-lane suspension bridge location that carried the original Silk Road across the Lancangjiang River. Image by Eric Sakowski / HighestBridges.com 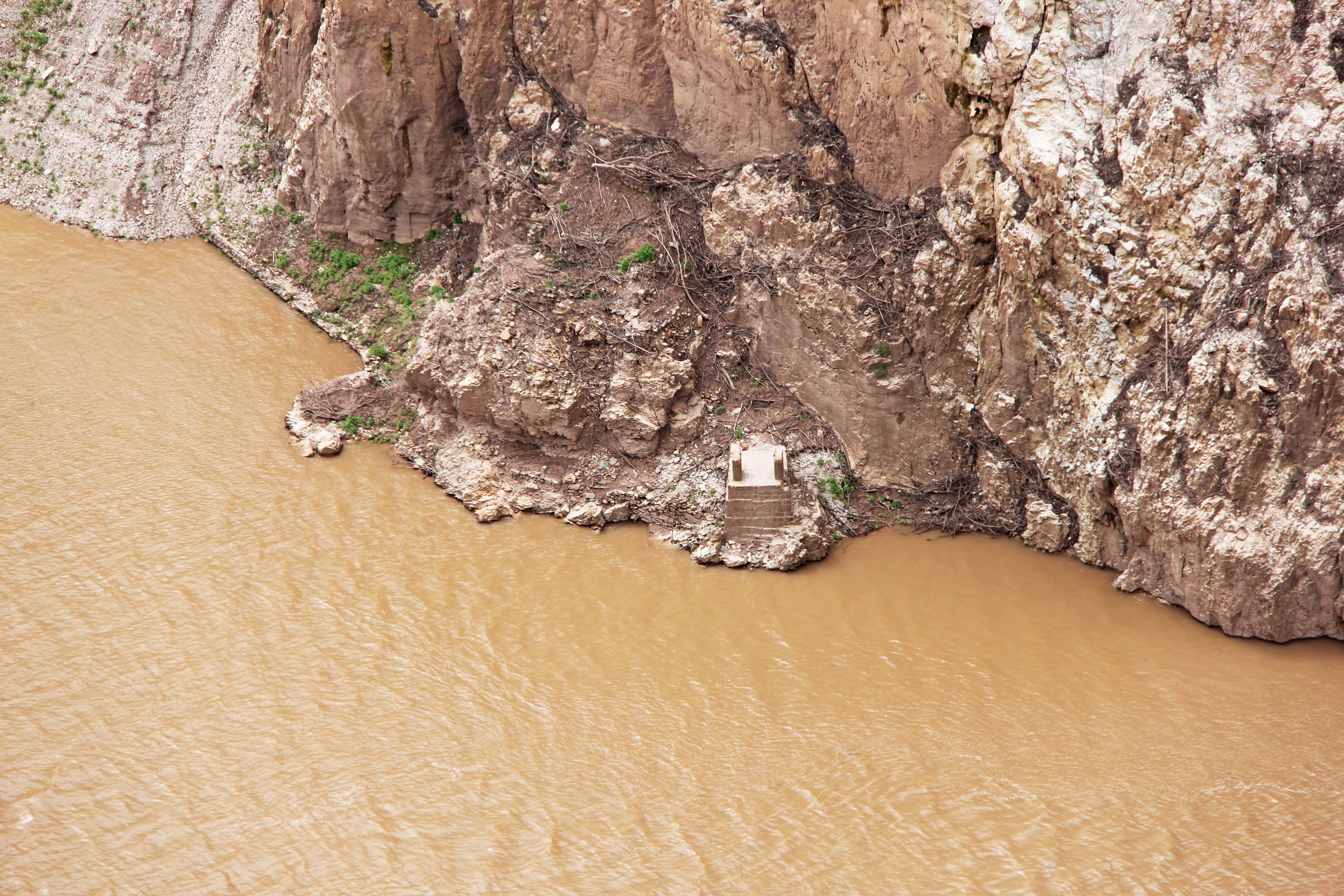 The foundation of the original suspension bridge can be seen when the reservoir is down to the original level of the river. Image by Eric Sakowski / HighestBridges.com 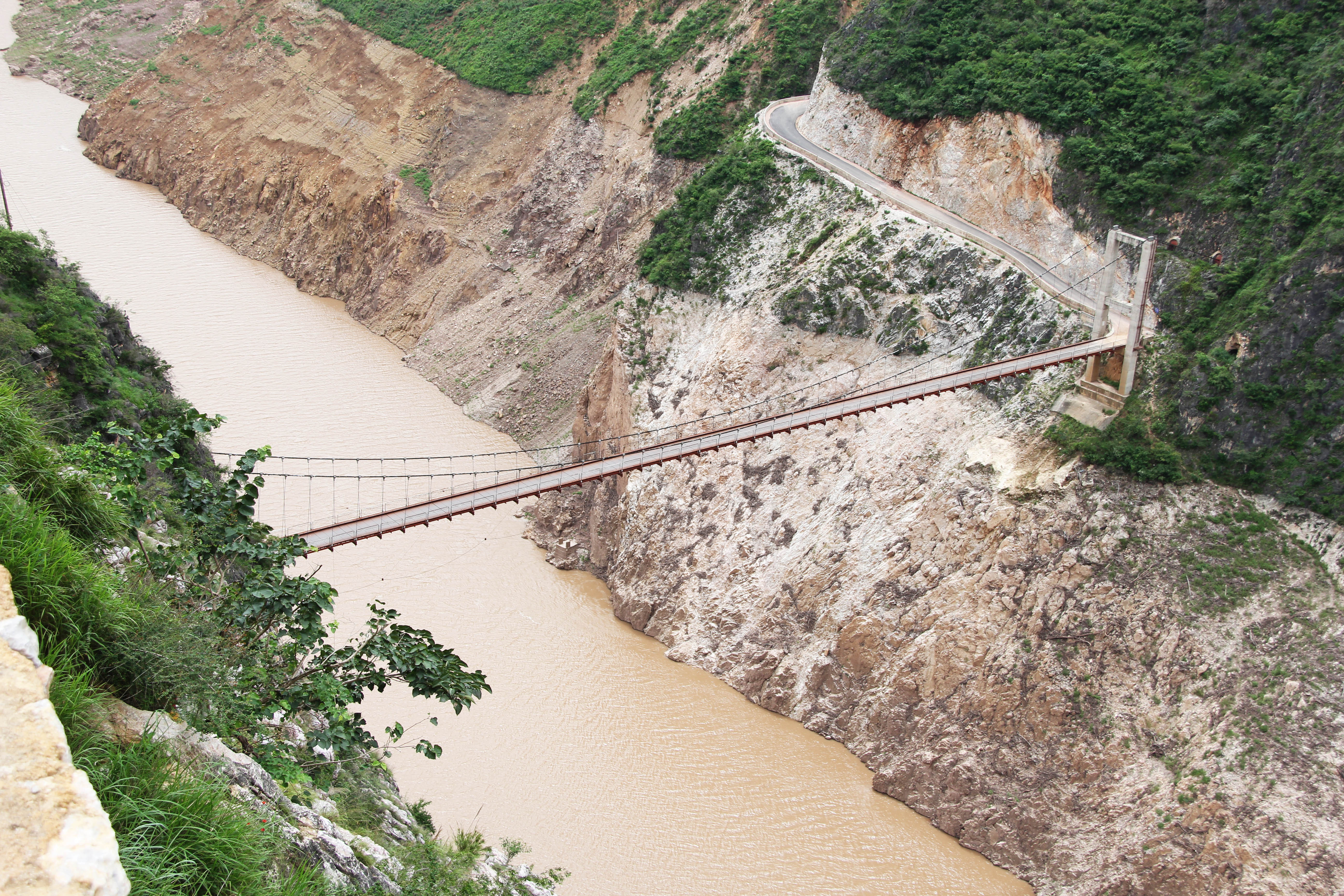 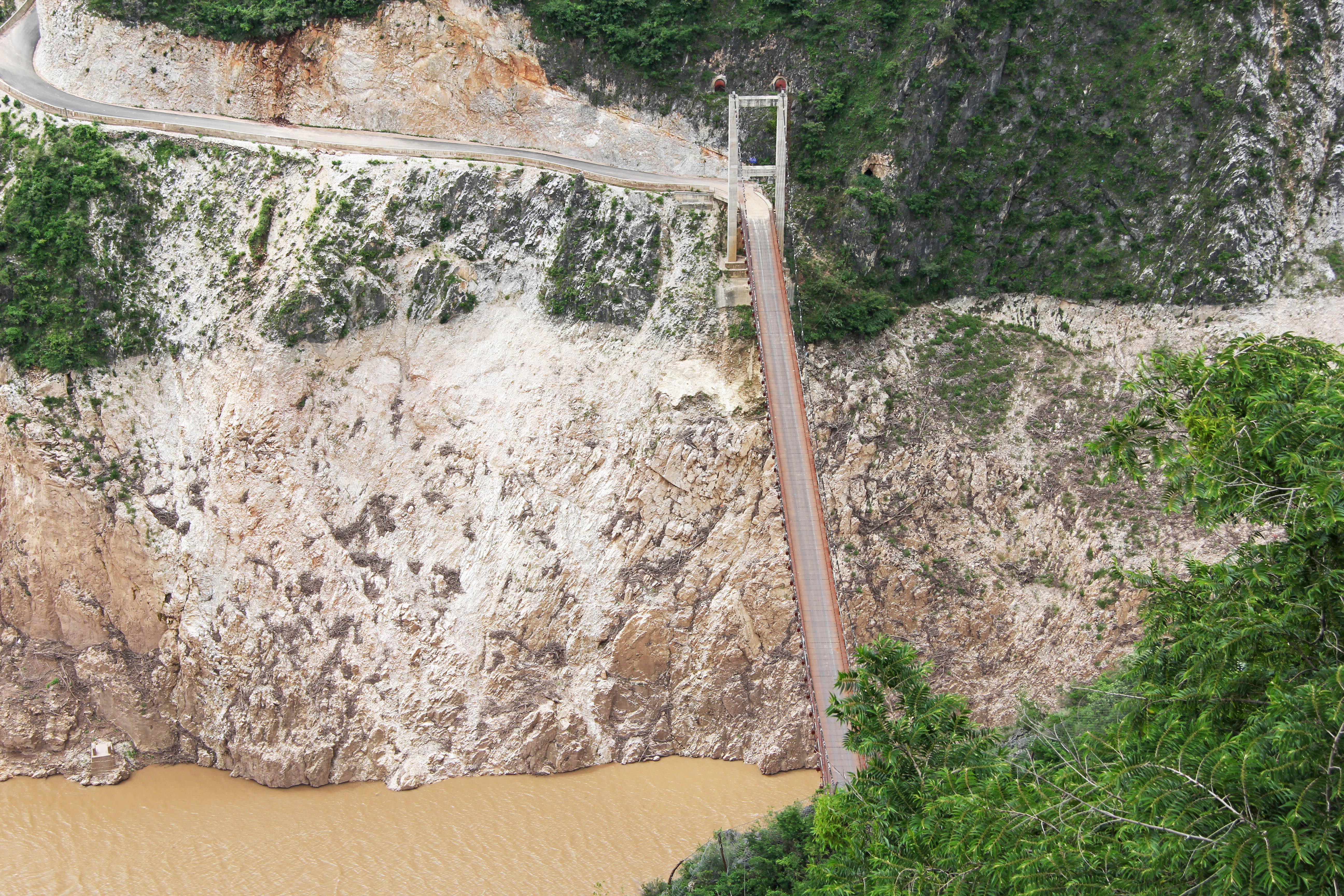 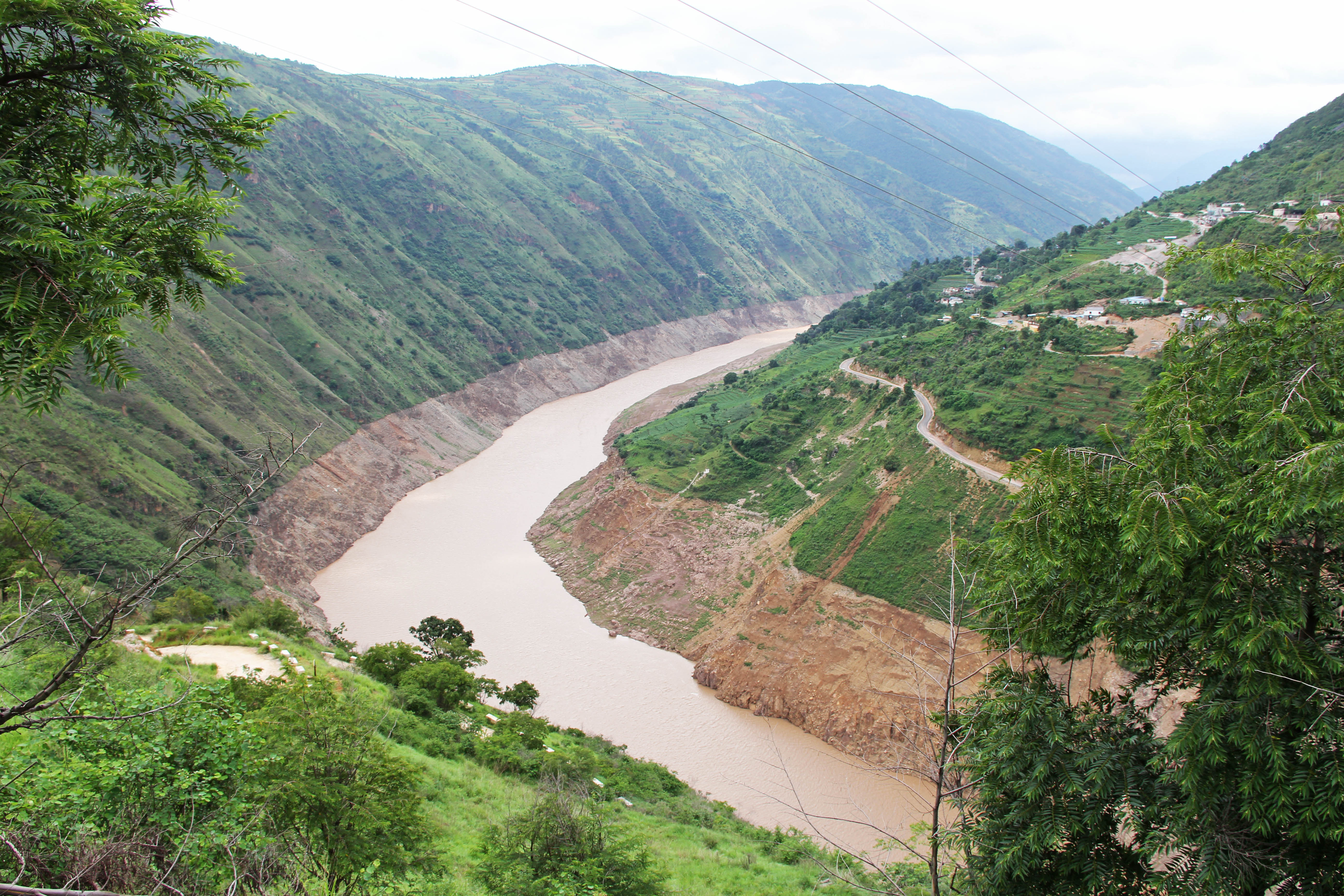 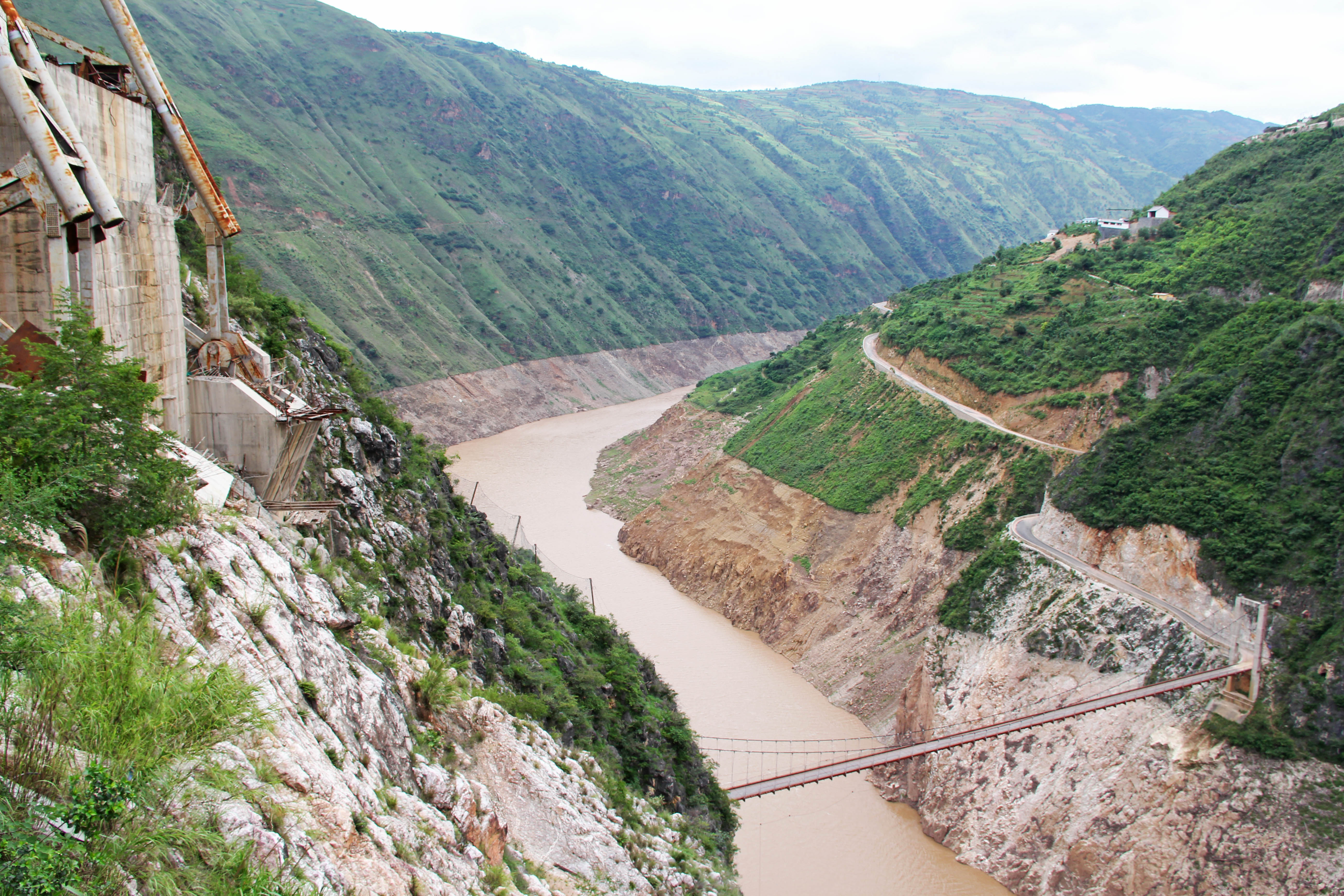 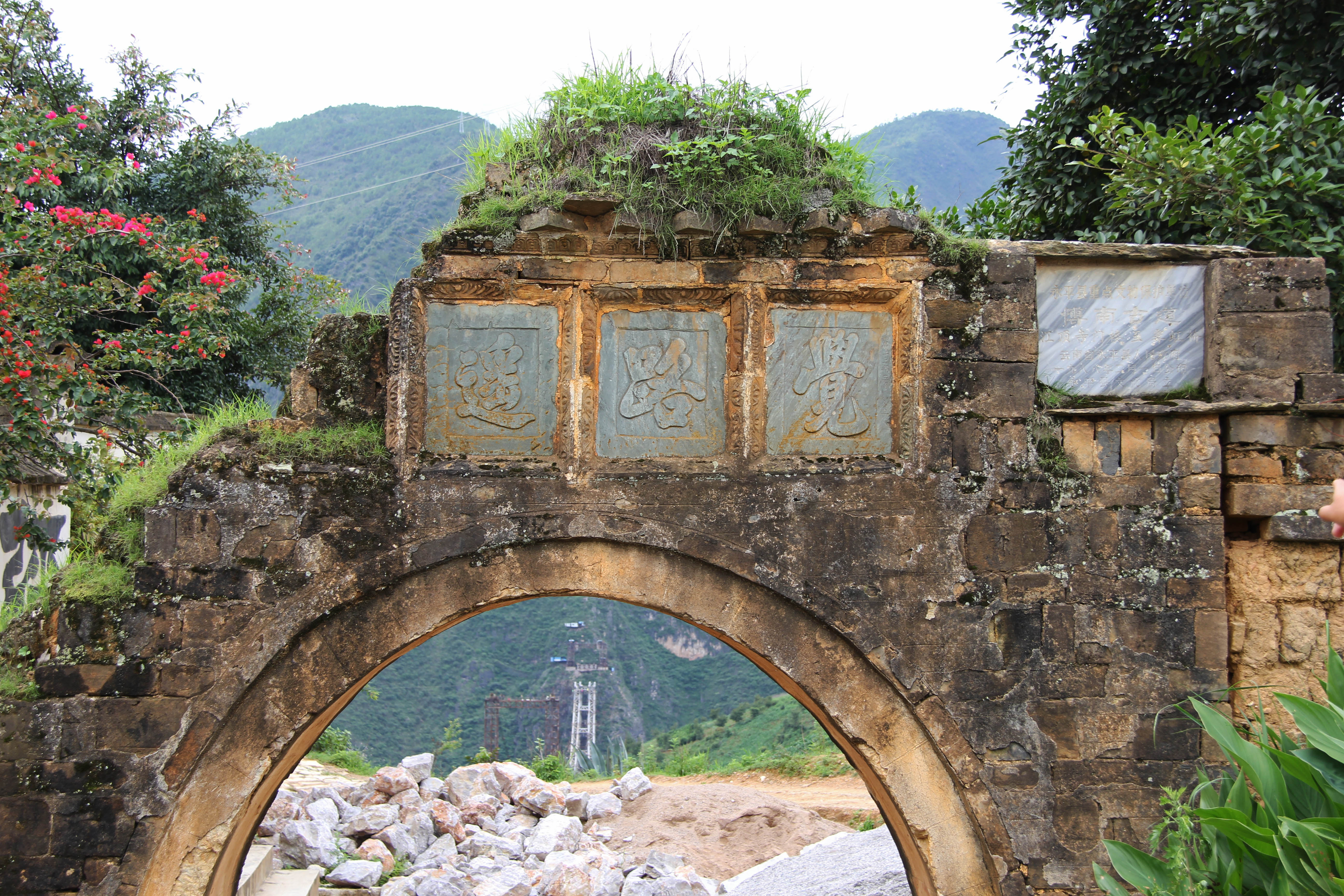 An old archway frames a section of the famous Silk Road. Image by Eric Sakowski / HighestBridges.com 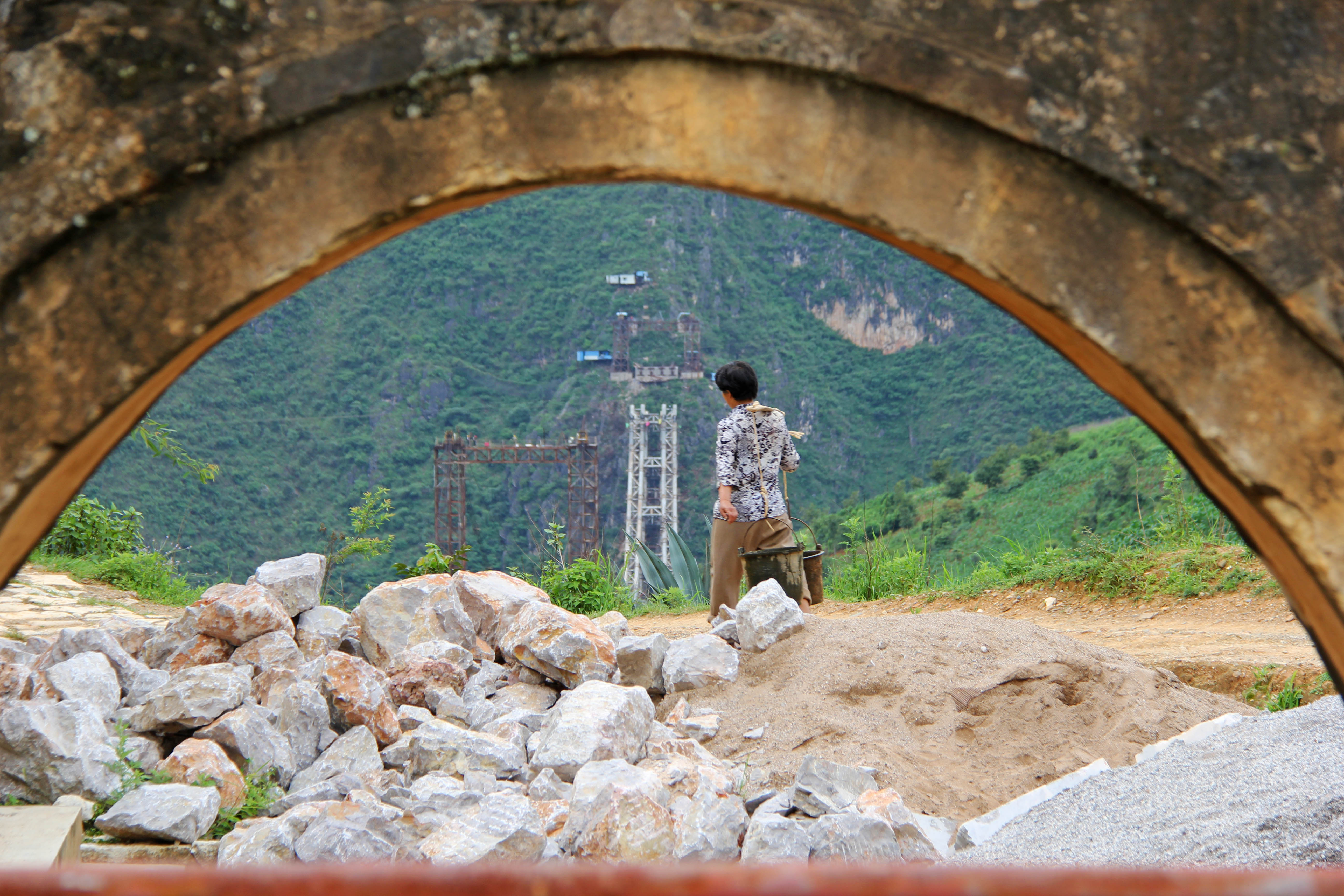 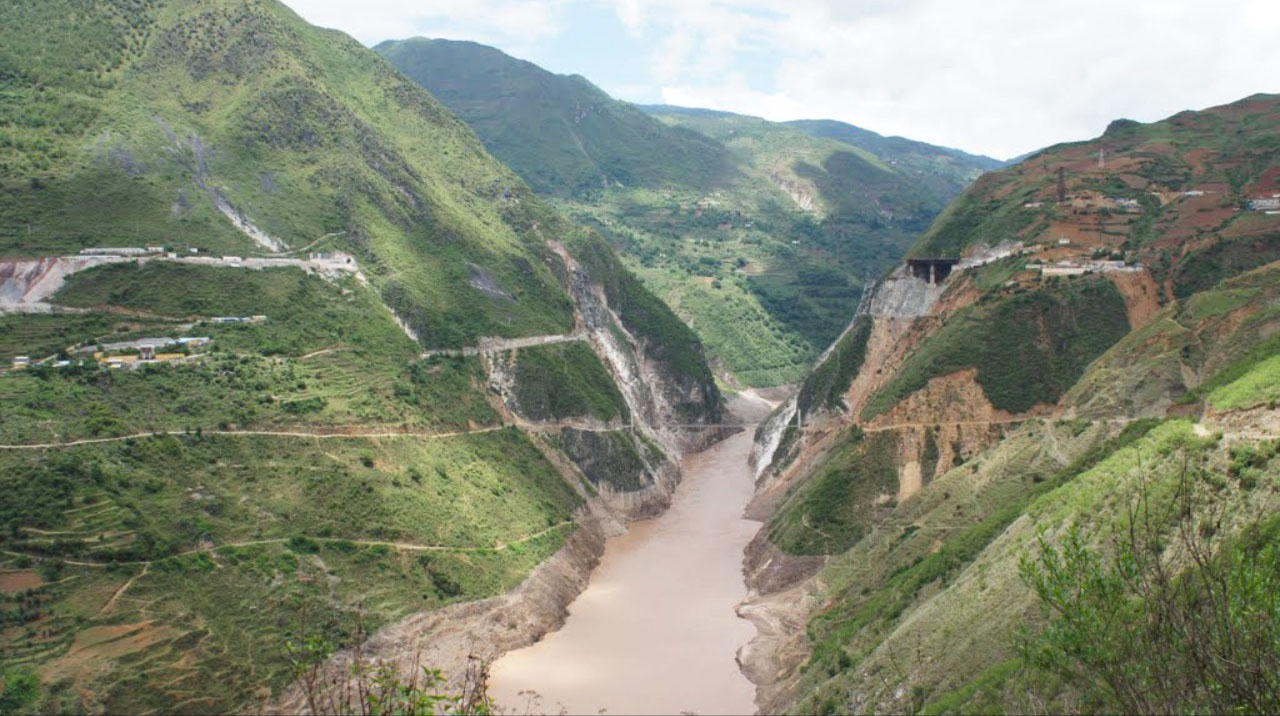 Lancangjiang Railway Bridge construction site. The lower sections of two arch halves can be seen vertically along either slope. 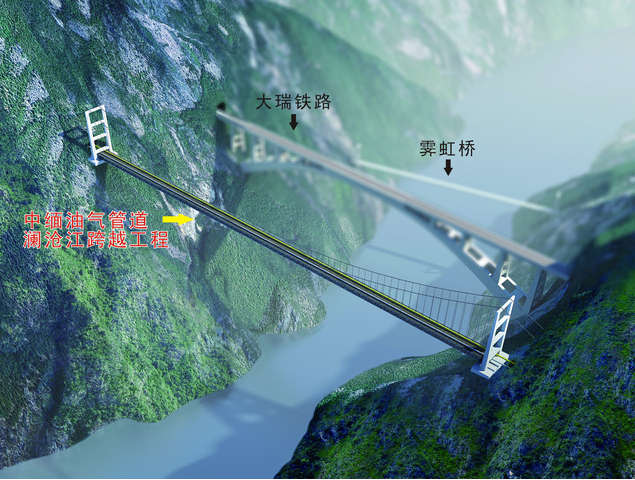 An early computer drawing showing the pipeline bridge deck to be higher then the railway arch when it is actually 84 meters lower in height. The engineers may have decided to reduce the span length from about 400 meters to 280 meters by increasing the angle of the pipelines descending underground to the site of the crossing. 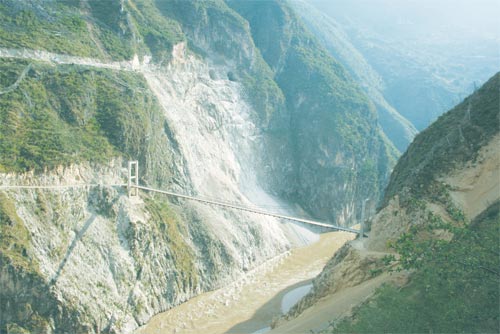 The Xiowan Dam reservoir has not reached the bridge site in this early view from 2011. 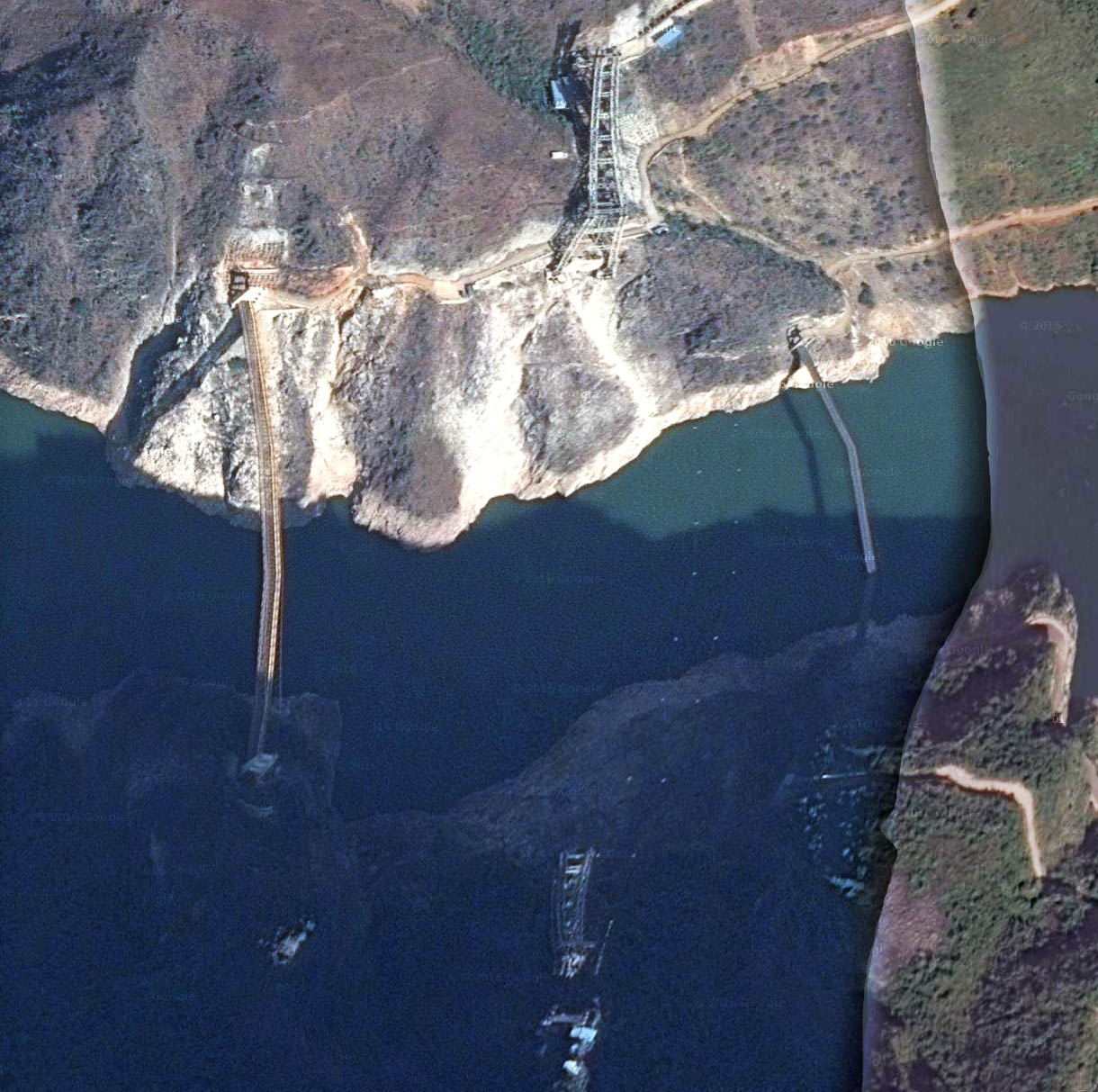 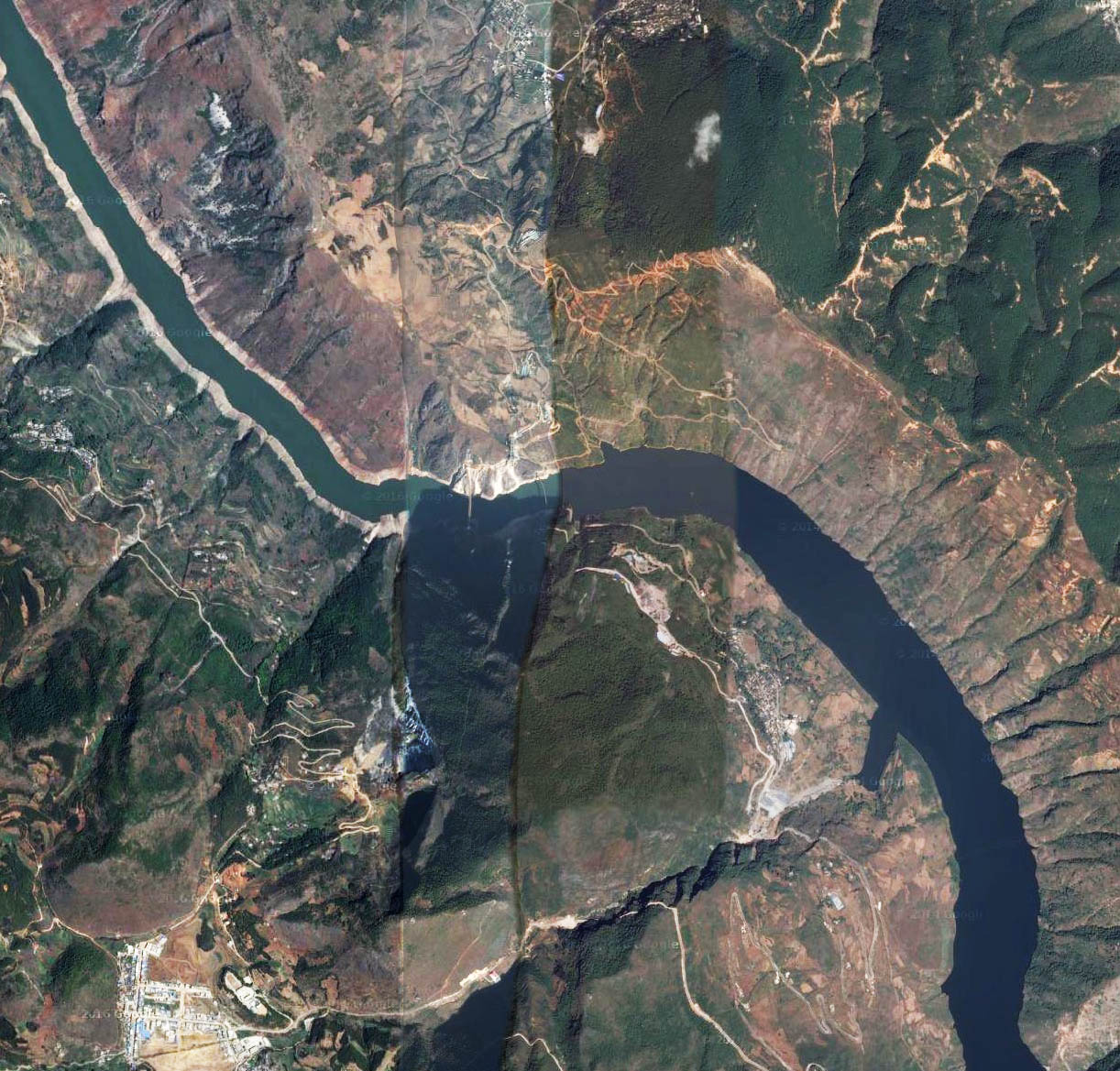 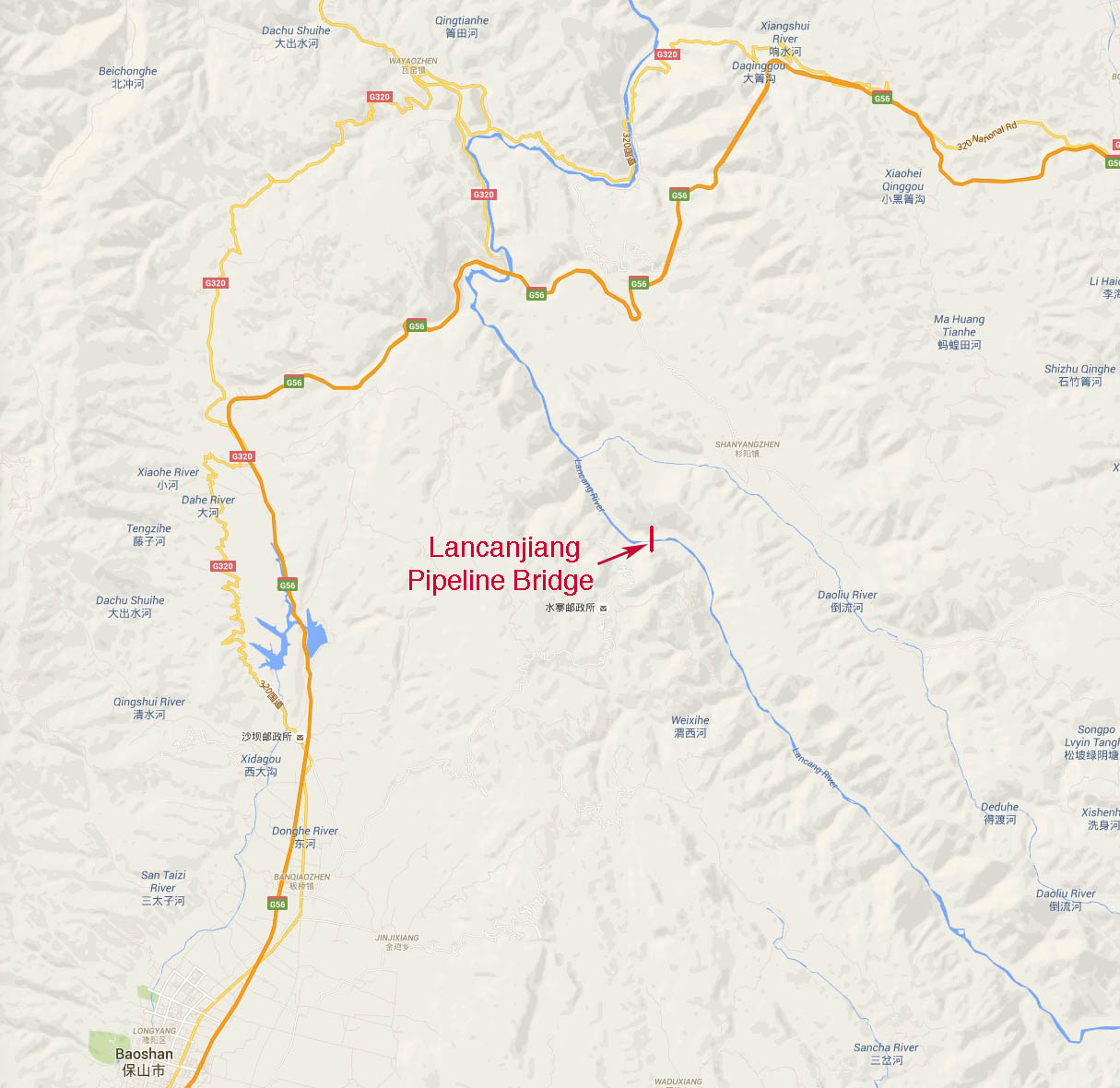 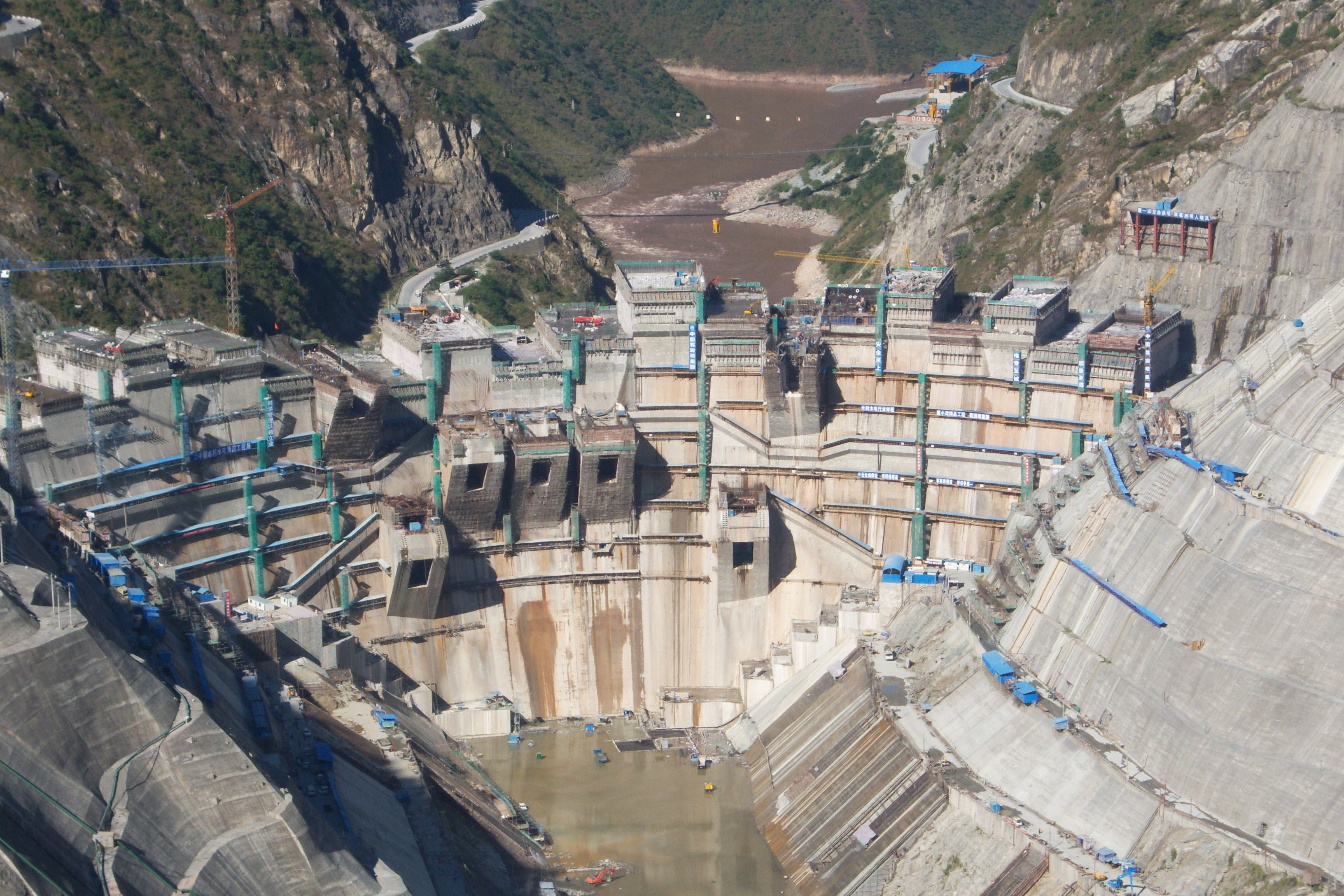 The massive Xiaowan Dam that is now the second highest concrete dam on earth after the under construction Jinping Dam. 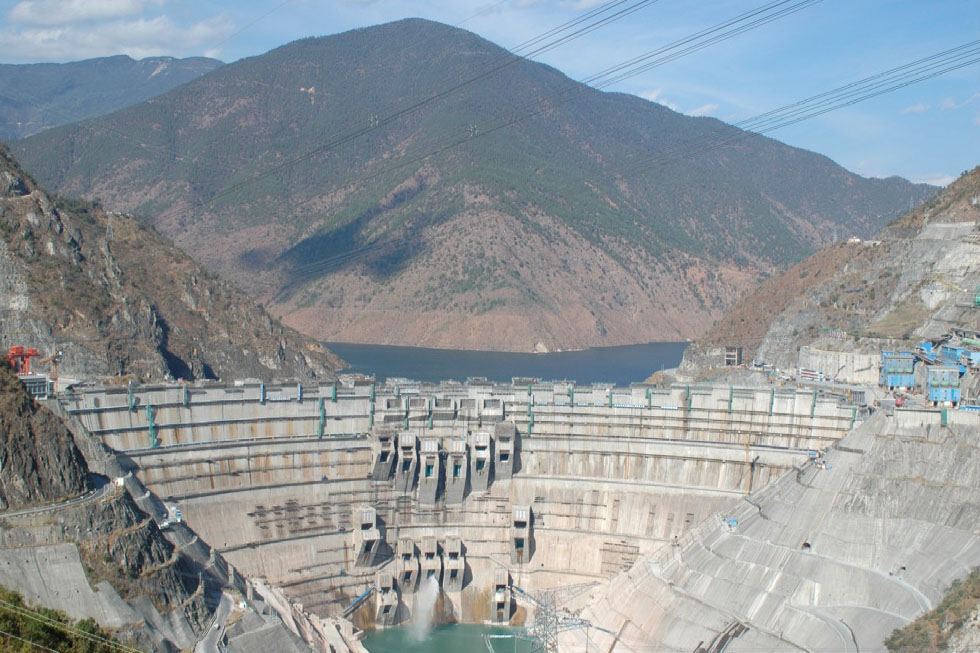 Xiaowan Dam during the final stages of construction. 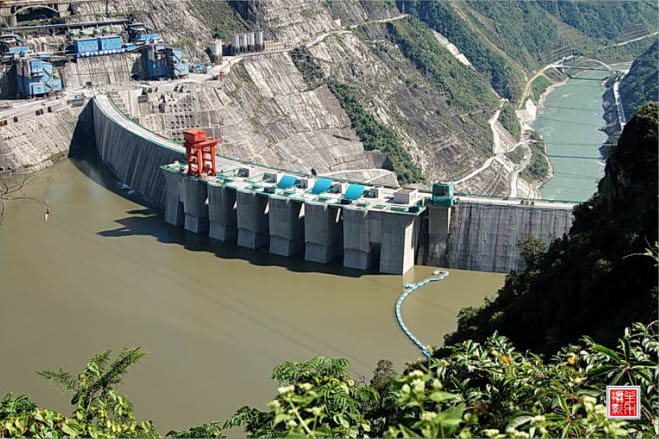 The completed dam with nearly a full reservoir behind it. The water depth is approximately 787 feet (240 meters) just behind the dam. 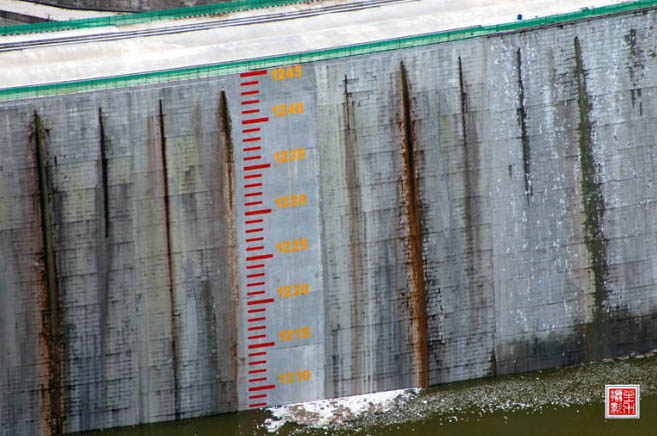 The water level has not yet reached the full pool height of 1,225 meters though the water can be allowed to go as high as 1,240 meters during floods.