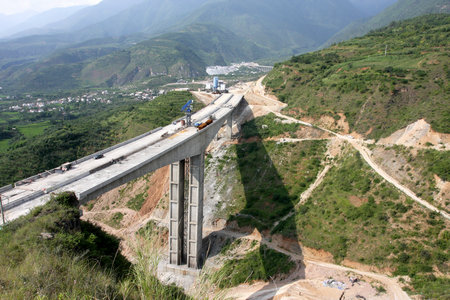 One of 3 unique beam bridges on the G5 Yaxi expressway in southern Sichuan, the Tangjiawan is not as high as its cousins to the north over the Labajin and Heishigou ravines but shares the unique concrete "T" beam and pier design that the Chinese developed for just these spans.

The concept behind the SRC or steel reinforced concrete column is to combine the shear-wall strength of concrete but retain steel tubes for cross bracing and to maintain the skeletal strength of the piers to meet seismic requirements of bending and flexibility. The optimum height level for each concrete pier section was 12 meters which was partly determined by the weight of a 12 meter steel column which has a weight of 30 tons. The concrete is placed on both the outside and inside of the steel tubes making for a steel and concrete sandwich. At each 12 meter interval there is a flat concrete deck that gives the 4 walls rigidity. The two parallel piers are 10 by 6.8 meters.

The G5 Yaxi highway also has several impressive tunnels including the 10 kilometer long Daxiangling mud mountain tunnel with a maximum depth of 1650 meters with more then 5 kilometers of that length over 1000 meters deep. 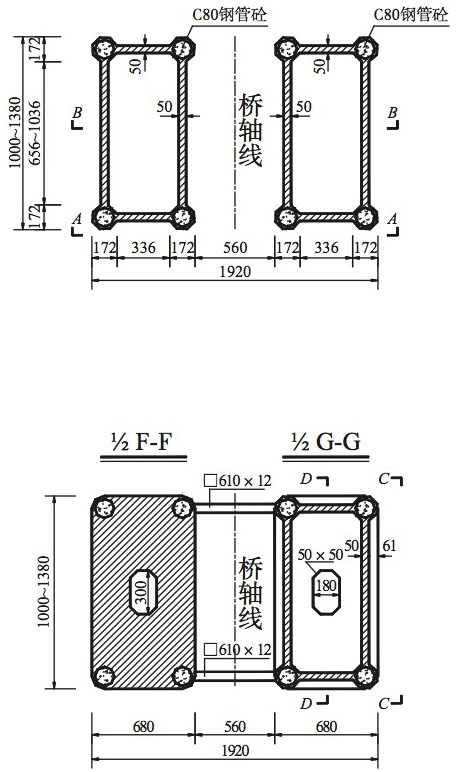 Drawings of the unique pier frame design on the much taller Labajin Bridge. 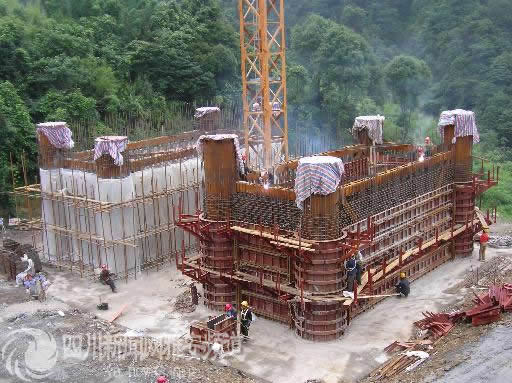 The base of Labajin Bridge which uses the same exact pier design as Tangjiawan Bridge with steel tubes at all 4 corners.

Satellite view of Heishigou, Labajin and Shizijinghe Bridges on the G5 expressway. Not shown is the Tangjiawan Bridge further to the south. The Shizijinghe Bridge was built with conventional concrete-only piers that are on nearly every other high beam bridge in China.

Location map of Heishigou, Labajin and Shizijinghe Bridges. Tangjiawan Bridge is just off the map to the south. 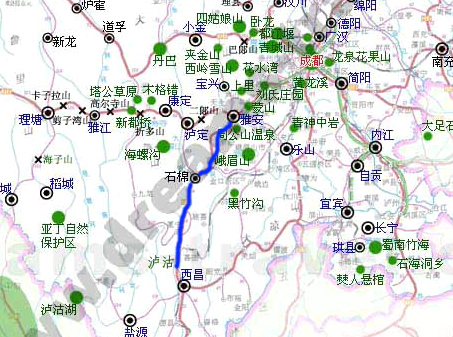