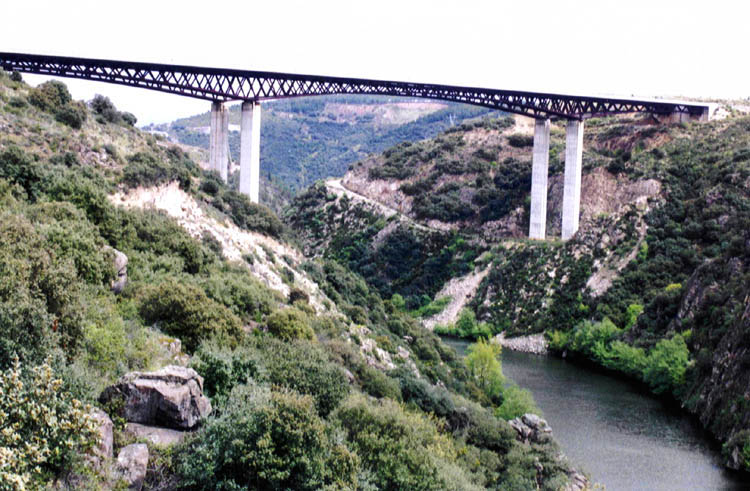 Located across the Sil River near the city of Ponferrada is a rare type of Warren deck truss bridge. Officially named the Puente Garcia Ojeda, the innovative span is one of several high bridges on the A6 motorway. Stretching 370 miles (595 kms) from Madrid to the northern coastal city of Arteixo, the highway is a showcase of Spanish bridge engineering with an assortment of high viaductos. The A6 is one of six spoke highways that radiate out from the capital city of Madrid to every corner of the country.

As rare as the Sil River design is, even more unusual was the method of construction. Instead of building the span incrementally out over the gorge, the entire truss was built in two halves on falsework at the edges of the canyon. The trusses were then moved along the ground until the front half was hanging over the gorge and the back half was still on level ground causing each side of the span to temporarily become a cantilever bridge. The ends of the truss were then tilted down to the pier caps. Each truss section was then pushed over the tops of the piers until the two halves could be joined 328 feet (100 mtrs) over the Rio Sil. 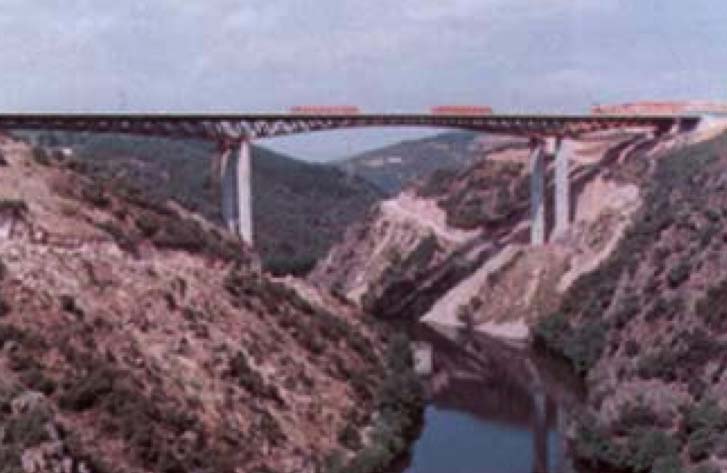 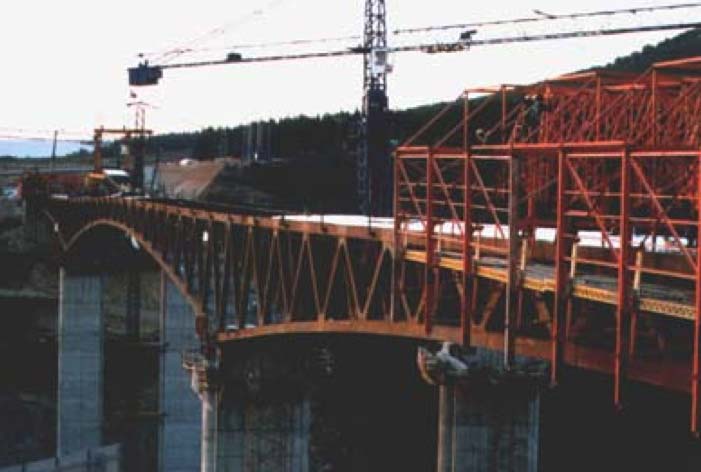 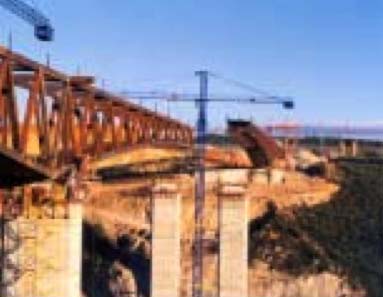 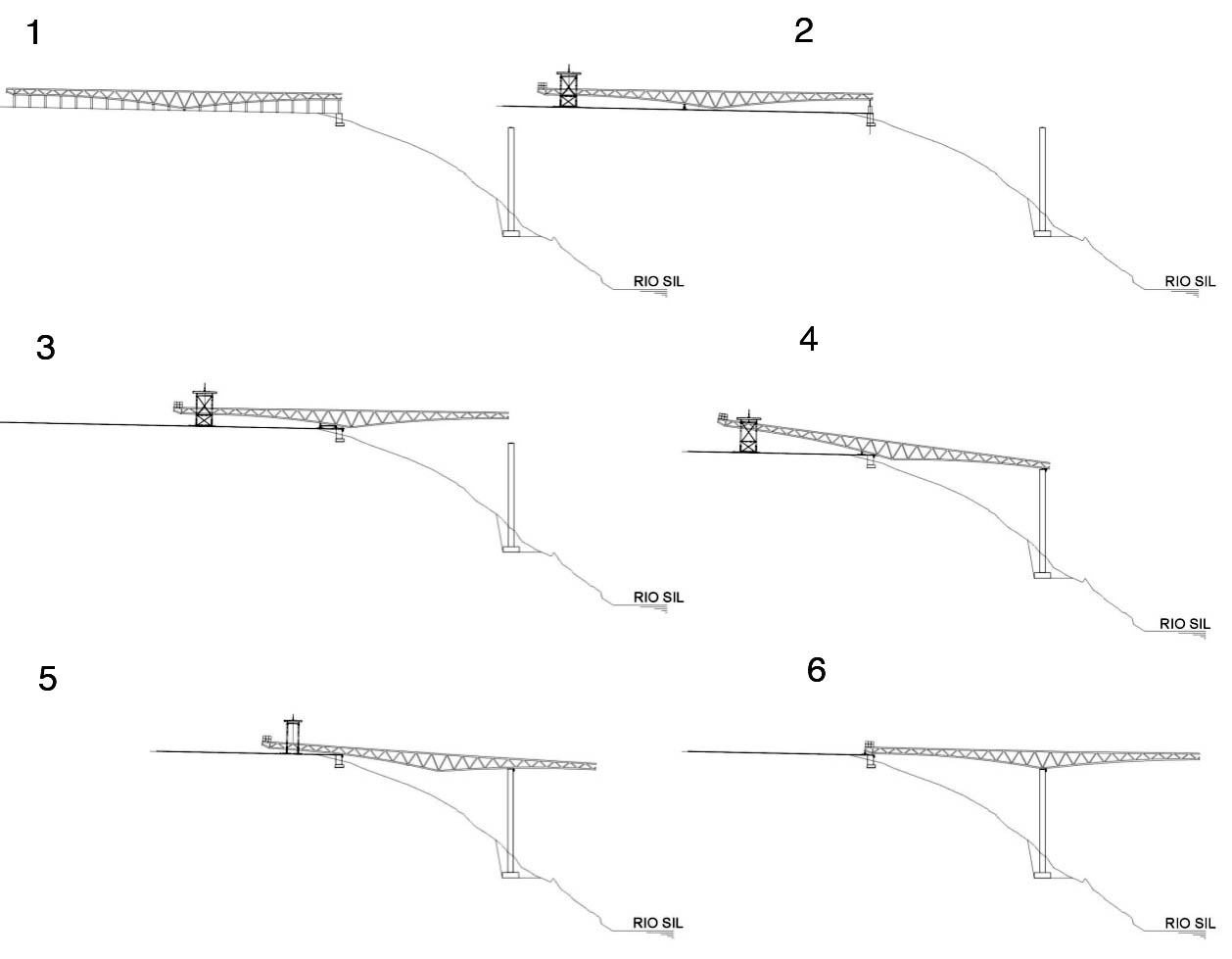 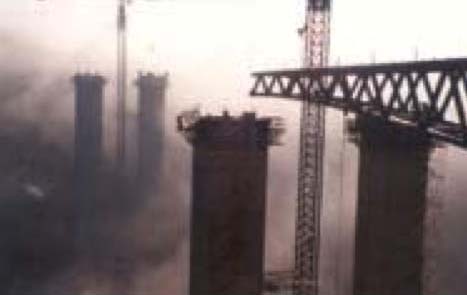 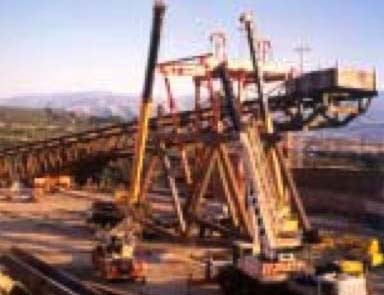 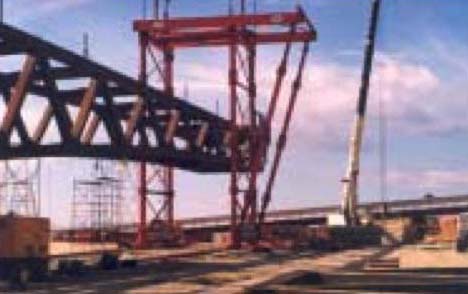 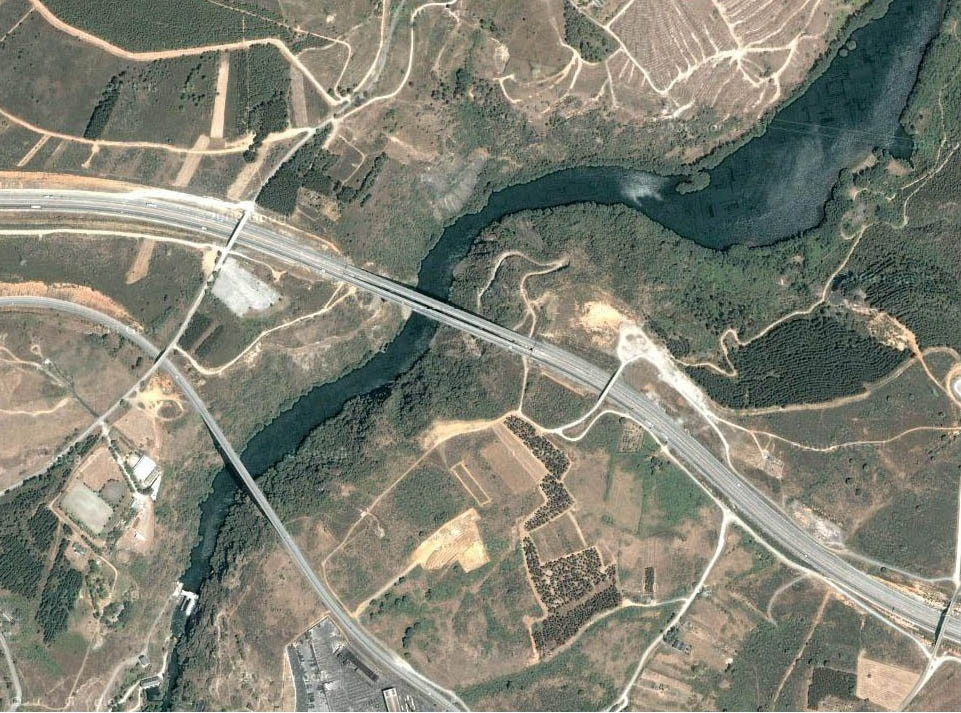