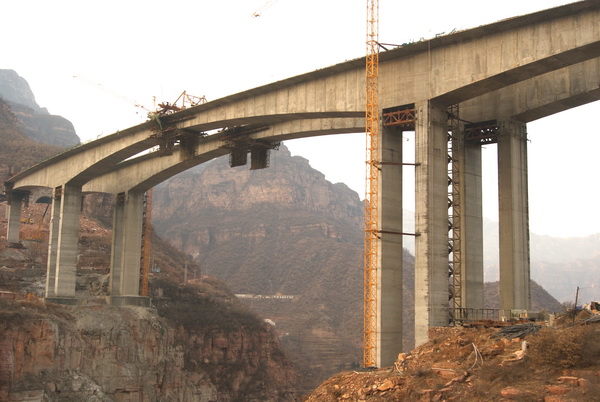 The highest bridge on a new expressway between Linzhou, Henan Province and Changzhi, Shanxi Province, the Lushuihe beam bridge crosses between two cliffs in a spectacular setting. The main span configuration is 90+ 170+ 90 meters with 3x 30 and 5x 30 meter approach spans for a total length of 596 meters. 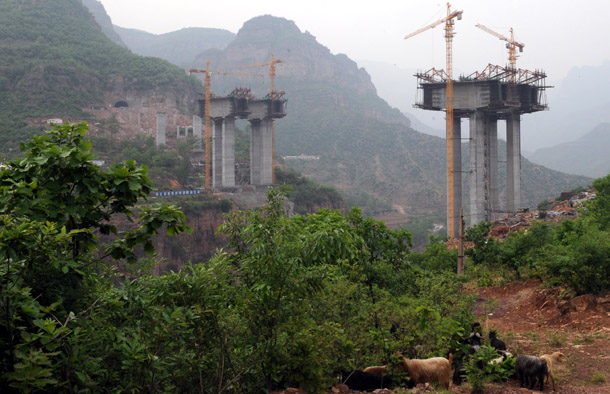 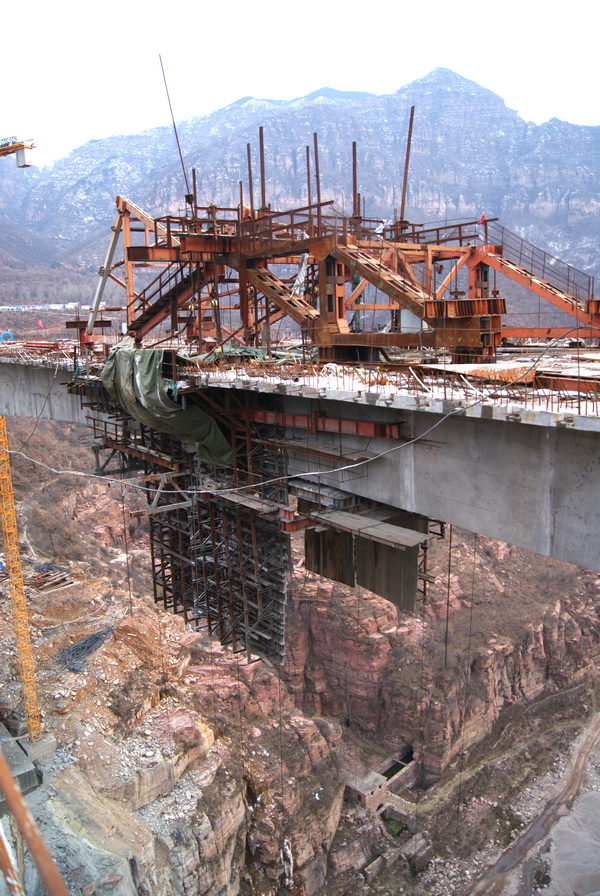 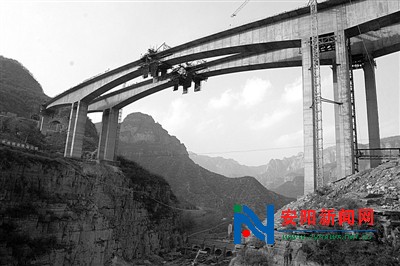 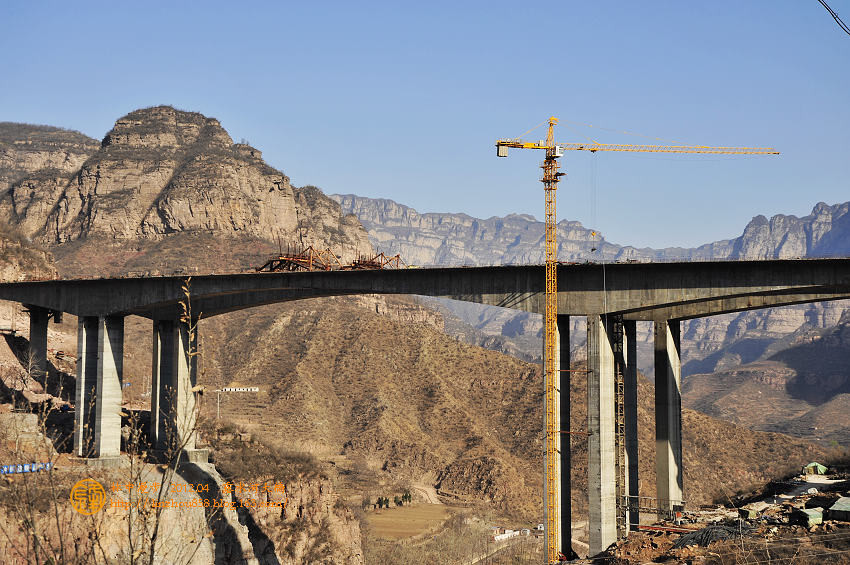 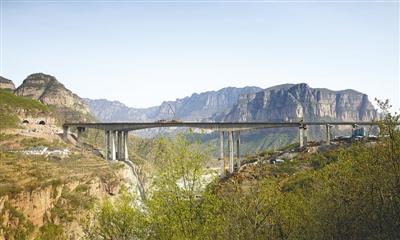 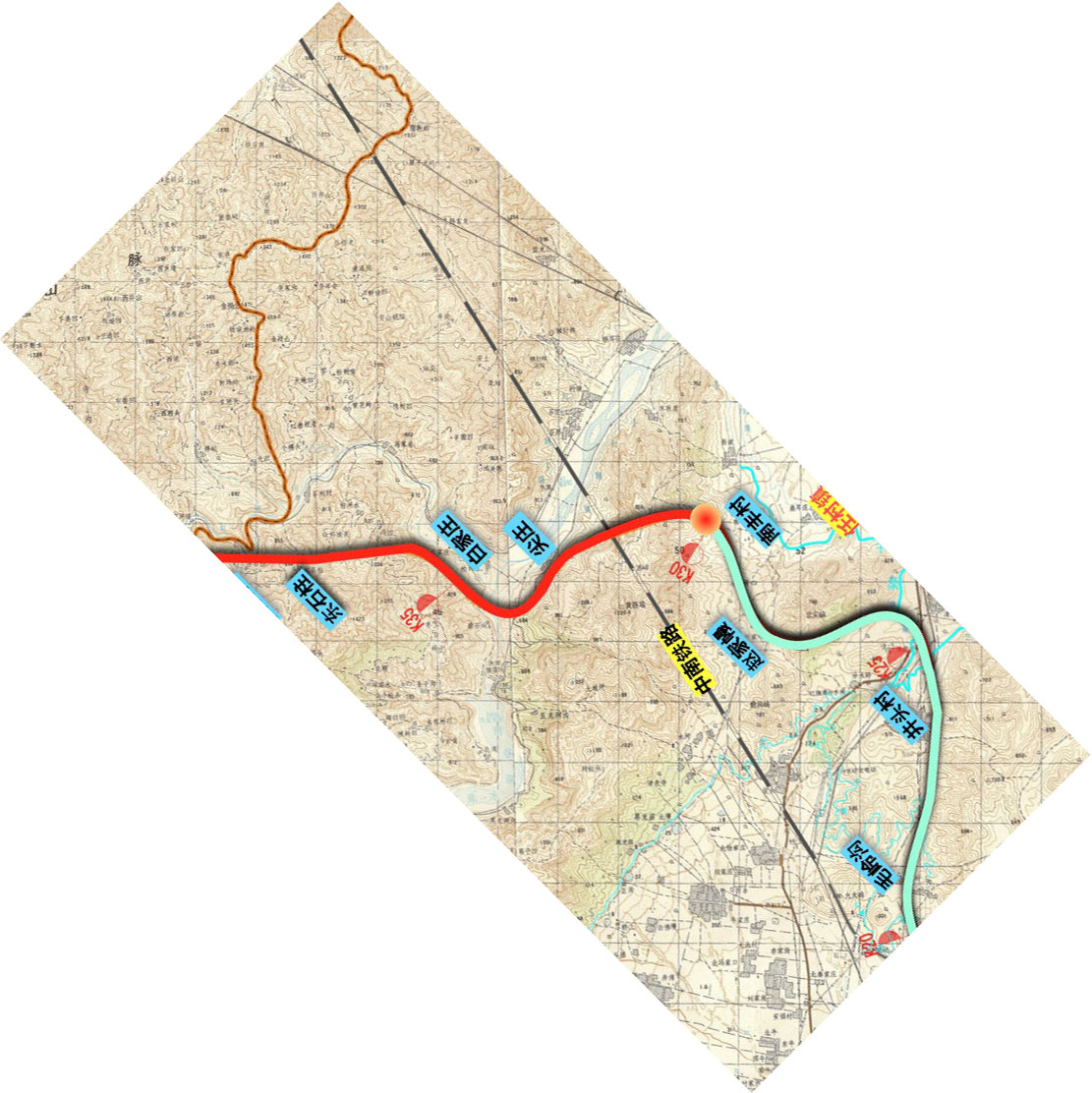 A map showing the bridge crossing with the north end of Linzhou city in the lower right. 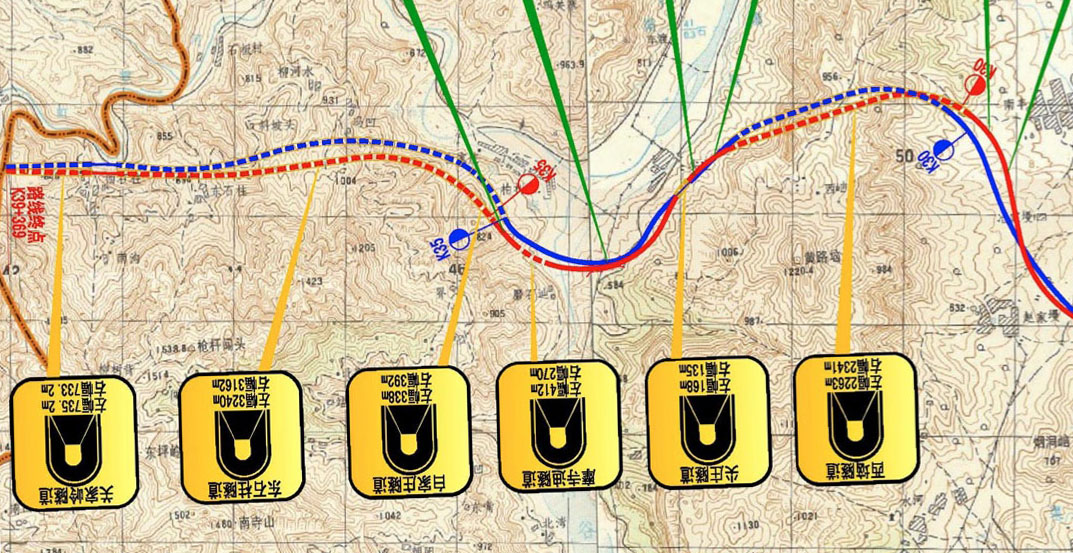 A detailed topo map showing two different routes that were studied with the bridge crossing at km 34 along with several nearby tunnel locations. The map is flipped upside down to show the route as it appears normally with north on top. 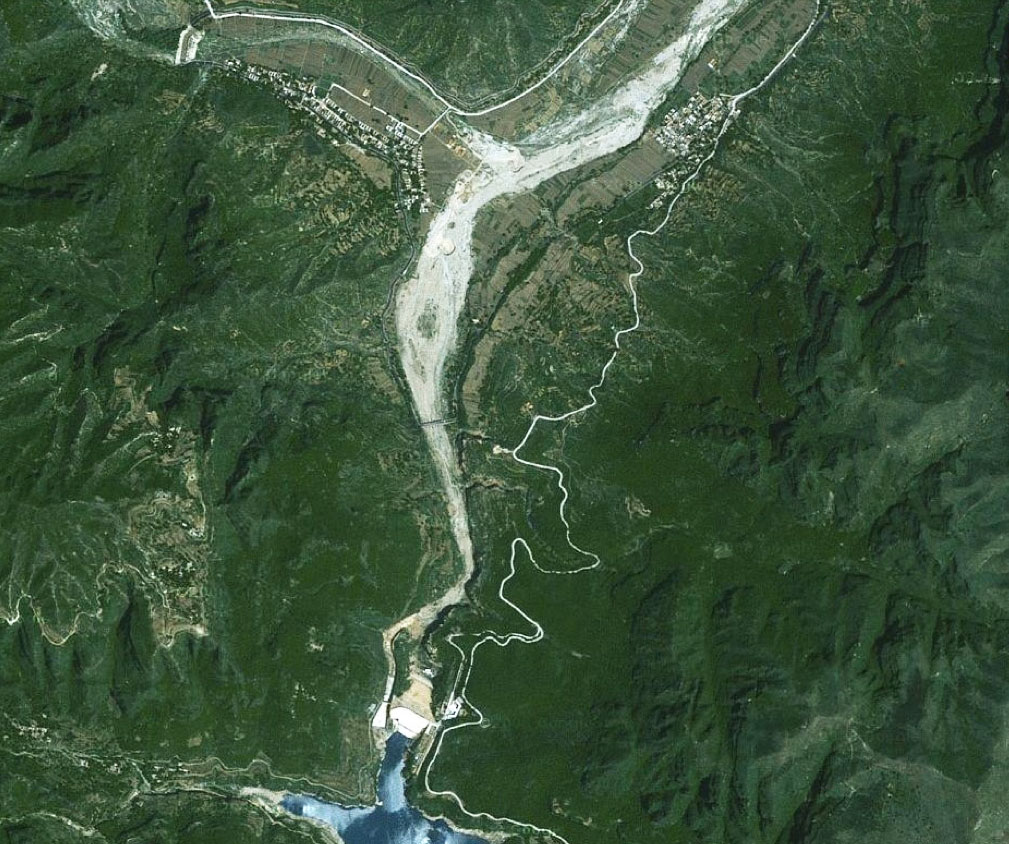 Lushuihe Bridge satellite location image before construction of the bridge and highway. 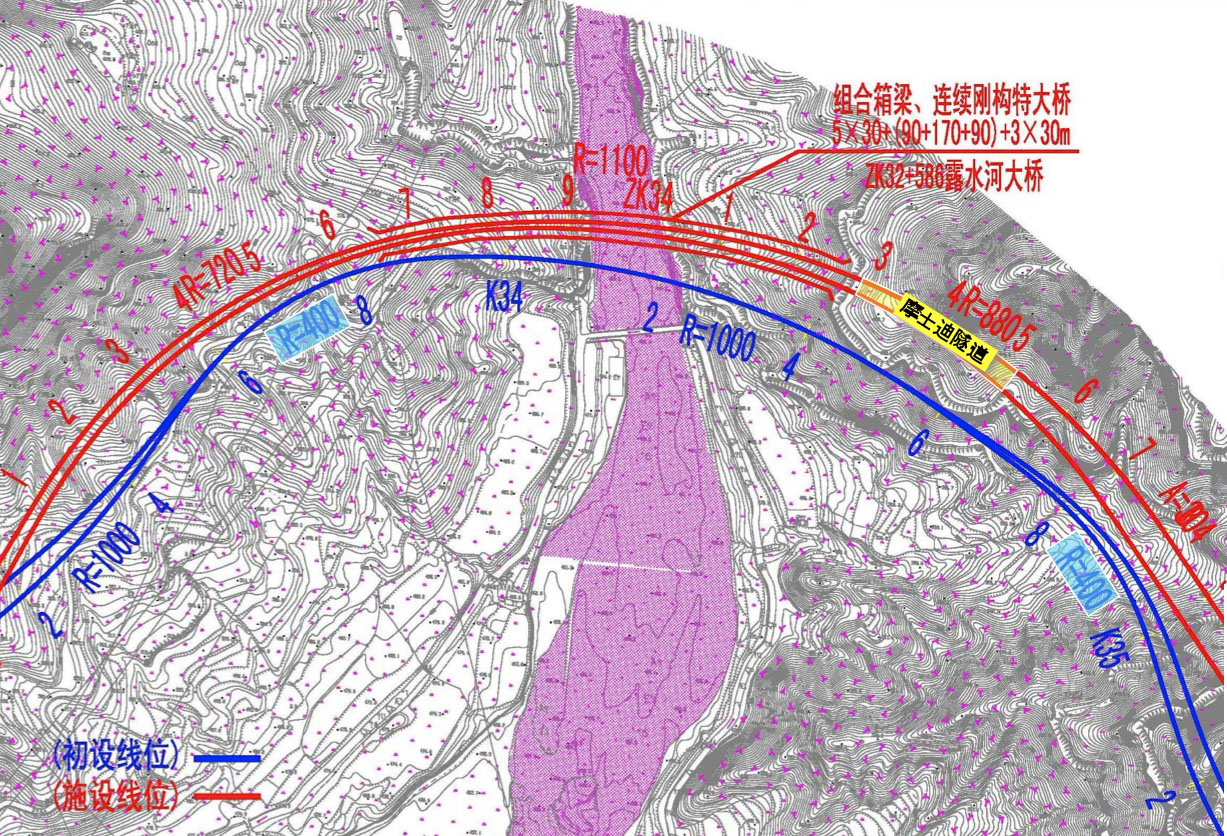 A more detailed topo of the bridge site crossing shown looking south with the map upside down.