The giant Nanpanjiang River railway arch is the crown jewel of bridges on the 710 kilometer high speed railway line between Kunming and Nanning. The main span of 416 meters ranks 3rd among all the world's concrete arches. Located west of Qiubei city, the Nanpanjiang has always been Yunnan's second greatest river after the Jinshajiang (Yangtze River) and represented a formidable challenge to the bridge engineers.

Designed to carry trains that reach speeds of 250 kilometers an hour, the 852 meter long crossing has a main arch with a rise of 99 meters and a rise to span ratio of 4.2. The arch ring cross section has three cells within a single-box with equal depth of 8.5 meters and a variable width of 18 to 28 meters. The width of the arch at the springing is 28 meters while the width of the arch at the crown is 18 meters. Double-column framed piers are used for supporting the deck. The piers rise 102 meters at the abutments with the tallest spandrel column on the arch rising 58 meters. Steel tubular trusses filled with concrete were used as a skeleton during construction before it was encased in concrete. The stay cables placed at the abutment pier were post-tensioned step by step during the concrete-pouring to assist the skeleton in load carrying.

The approach bridges are 3x42 meters plus a continuous rigid frame beam 60+104+60 meters + 4x39.5 meters + 4x39.5m prestressed concrete continuous beams plus a 2x60 meter T-type rigid frame structure and a 1x42 meter simply supported beam. The dual line width of unballasted track is 4.6 meters wide and crosses 220 meters above the full reservoir level below or 262 meters above the original level of the Nanpanjiang River.

The bridge is located at kilometer 600 and cost 400 million Yuan or 60 million dollars. The Nanpanjiang Railway Bridge is a sister bridge to the slightly larger Beipanjiang Railway Bridge near Qujing, Guizhou as they were both designed by the same engineering teams with similar designs and construction methods. The Beipanjiang Bridge is the world's longest concrete arch bridge at 445 meters as well as the world's highest railway bridge at 283 meters.

Click on the excellent YouTube channel "Chinese Bridge" to see a video of the Nanpanjiang Railway Bridge. https://www.youtube.com/watch?v=jpQG3fJtd7M 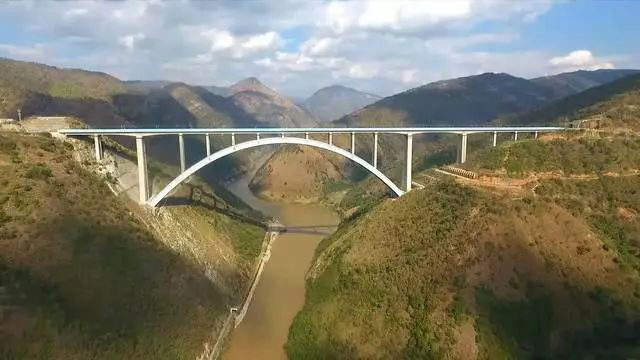 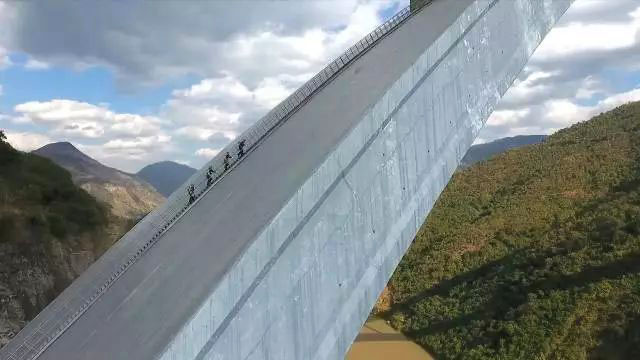 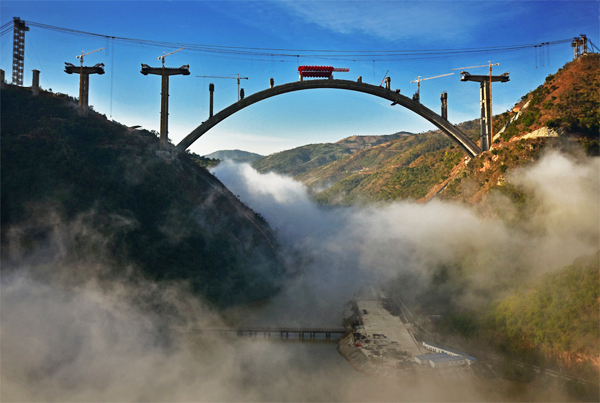 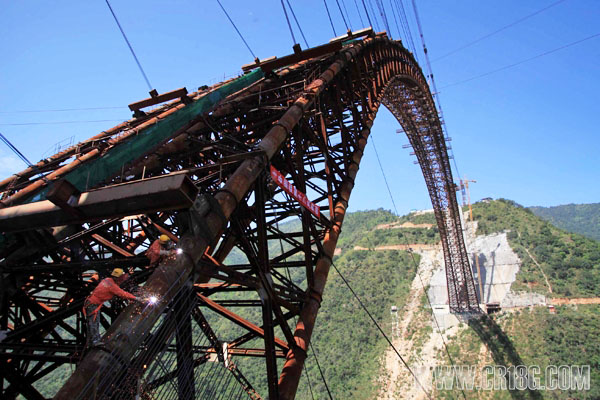 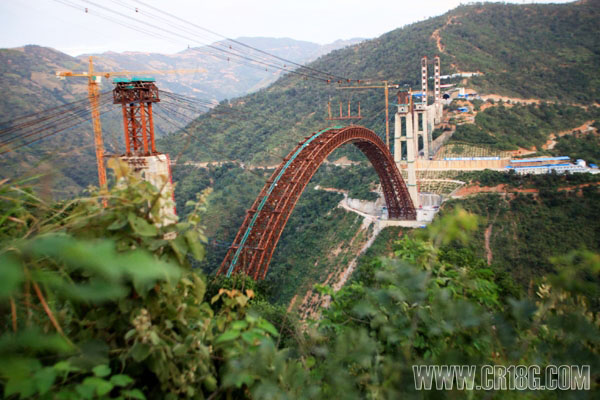 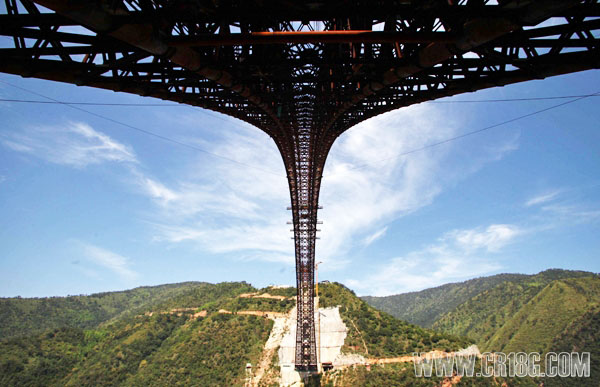 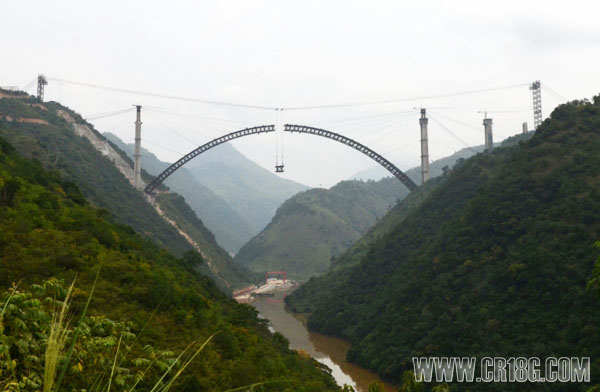 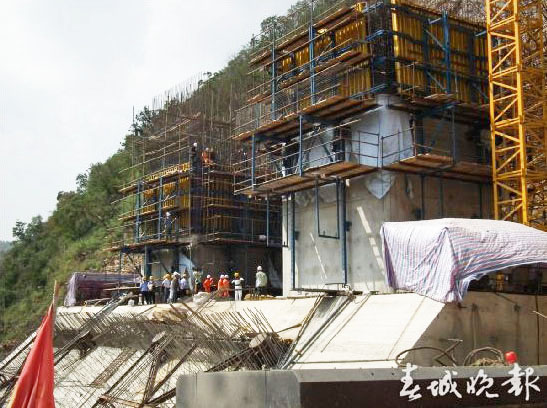 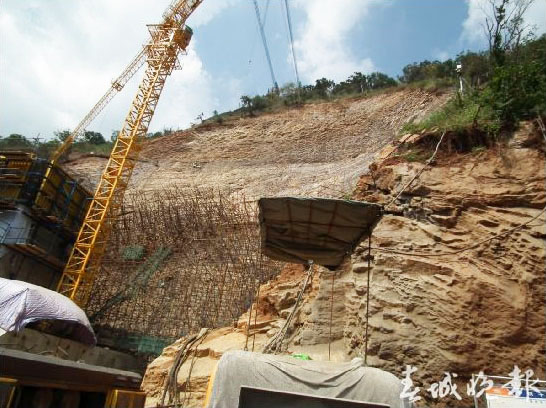 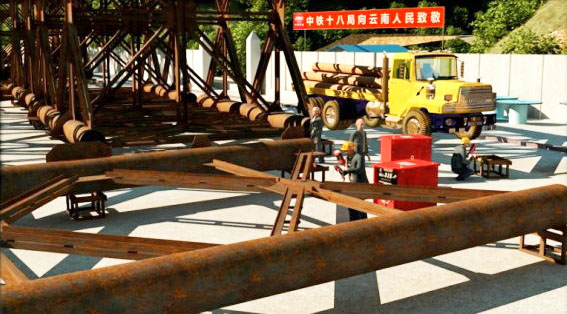 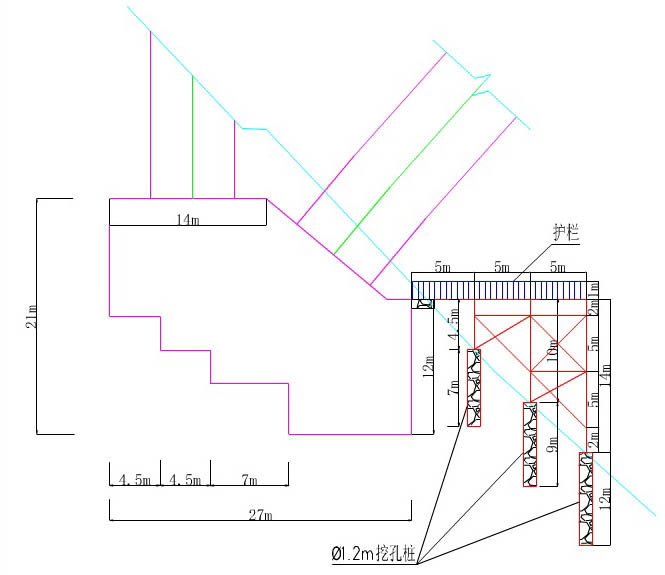 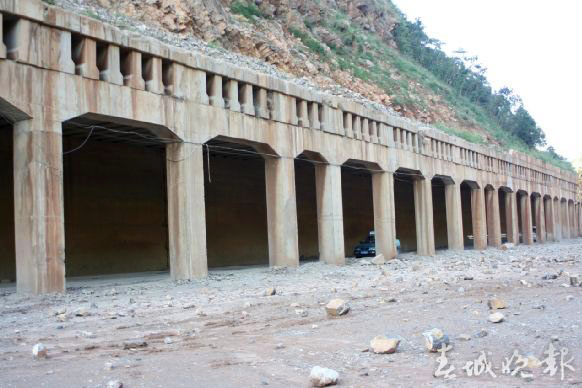 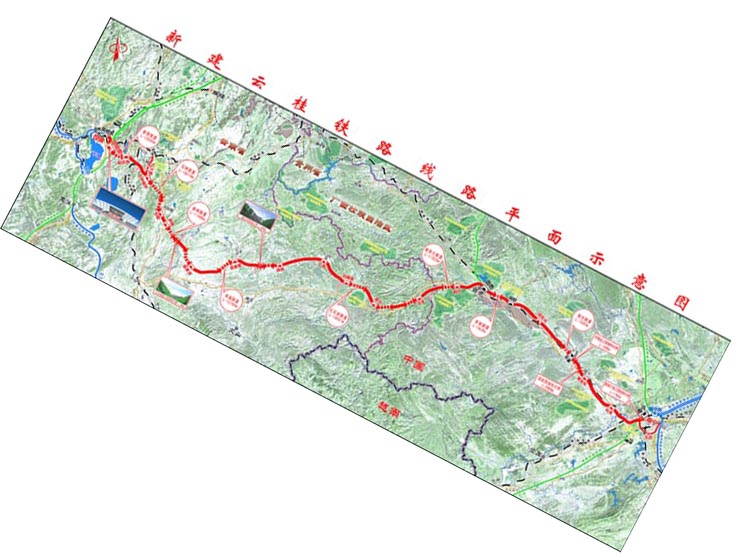 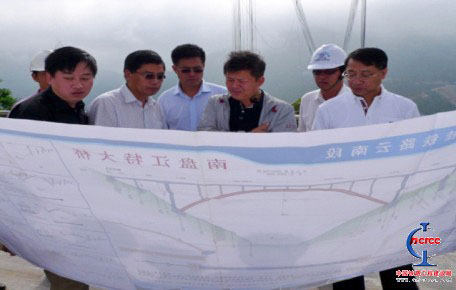