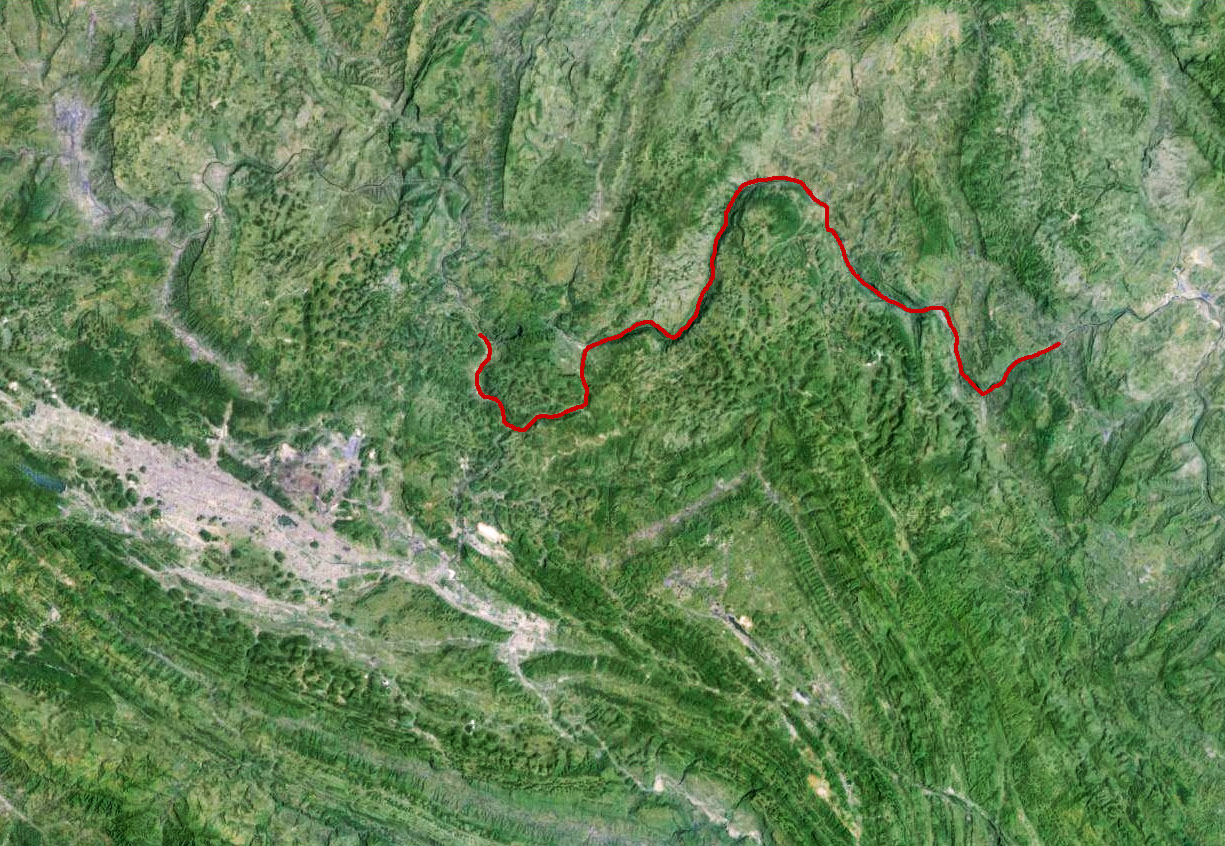 Further north the Pannaohe Bridge will carry the line 182 meters above the Liuchong River which forms the northern arm of the Wujiang. In the future the line will continue south beyond Shuicheng County to Panxian city and then Xingyi city. 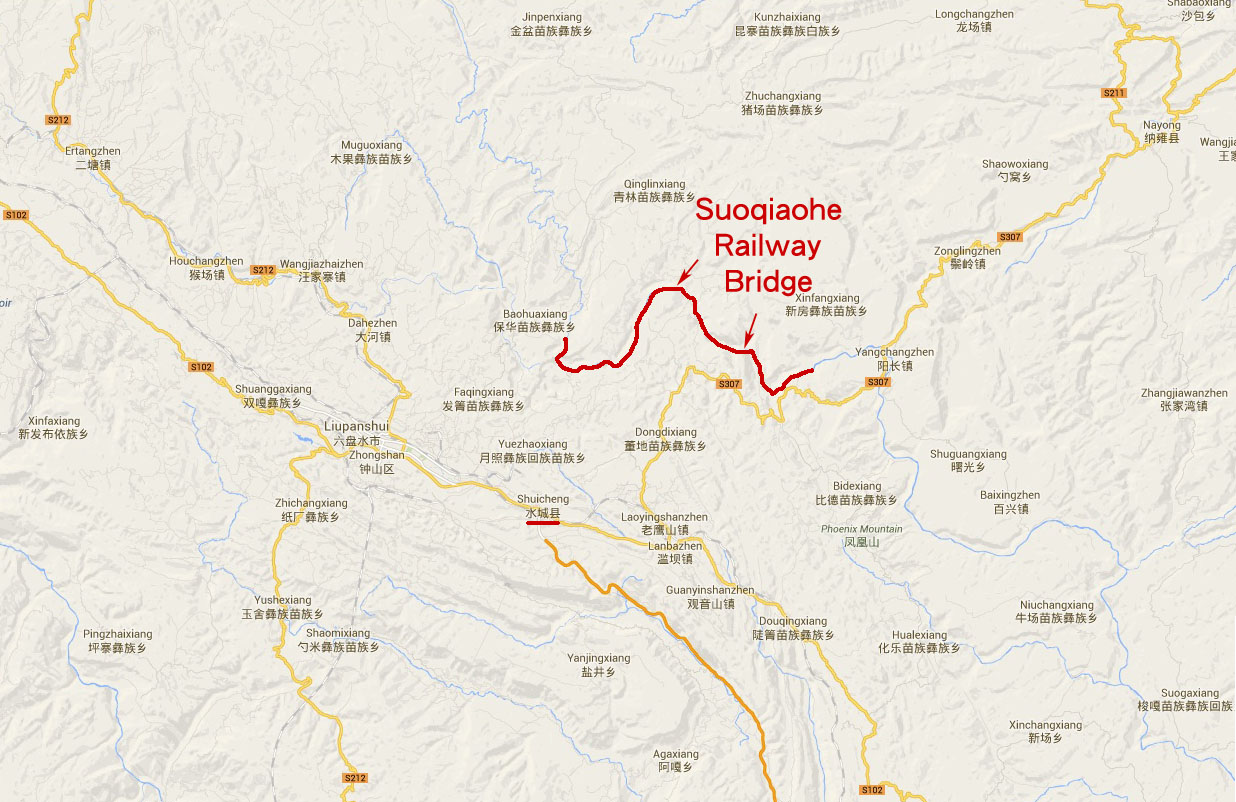 Suoqiaohe Railway Bridge Location map showing the most likely stretch of the Sancha River where the bridge will be constructed on a north-south alignment.