Located deep within the scenic Tianjishan mountains west of Linzhou City in Northern China, the Tianjishan Footbridge has the unique distinction of being the second highest public footbridge in the world with a deck to river drop of 230 meters exceeded only by the Zhangjiajie Glass Footbridge. Of all known footbridges ever built, only the Dimuhe Footbridge was higher at 290 meters but this catwalk structure was only a temporary span built for workers constructing the parallel Dimuhe suspension bridge on the G56 expressway in Guizhou Province and was removed.

The Tianjishan main span of about 120 meters has a slapdash look to it with several parallel cables supporting a simple wood planked deck. Although the crossing is essentially a Tibet-style suspension bridge with a sagging, catenary deck, there are two insubstantial towers on either end that support a more conventional configuration of above deck cable and suspenders that do not seem to be supporting the weight of the deck but were more likely added to stiffen the span and reduce oscillations.

The Tianjishan Footbridge is located across the end of a spectacular amphitheater where the river drops down a waterfall more then 200 meters high. On the east side of the gorge a cantilevered glasswalk overlook was installed sometime after the footbridge with a height that might be greater then the 219 meter drop of the Grand Canyon Skywalk in the United States. The cost of this "mini-Skywalk" was likely less then 1% of the U.S. original! 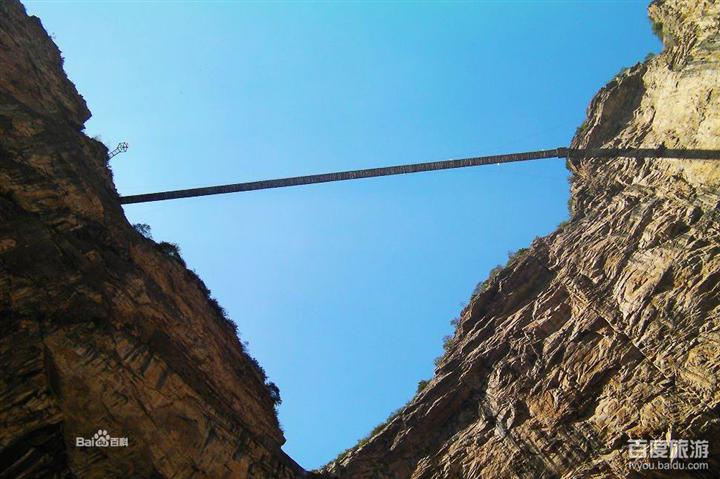 Note the Glass Overlook visible in the upper left. 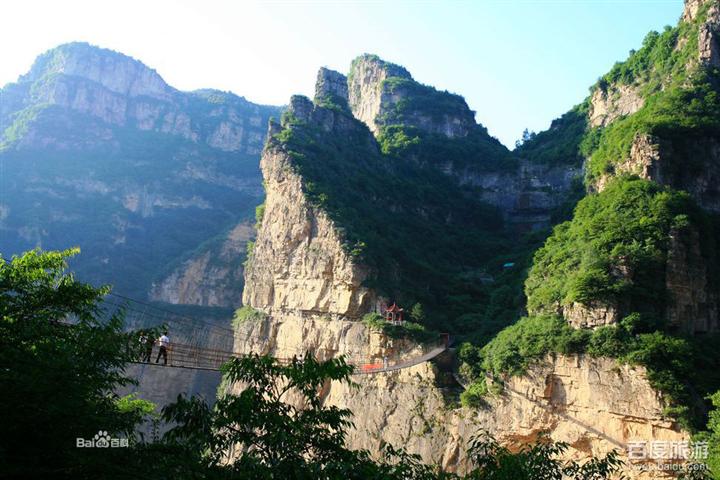 A view of the "waterfall" during a dry period.

A view looking back up at the deck from the helmet camera of a BASE jumper.

The cantilevered glass overlook that might be higher then the Grand Canyon Skywalk in the U.S. state of Arizona. 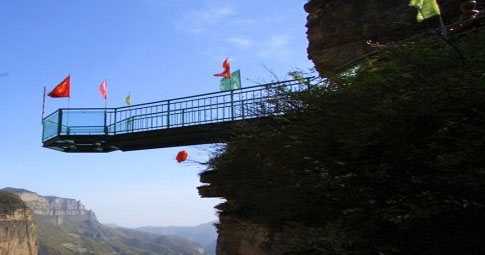 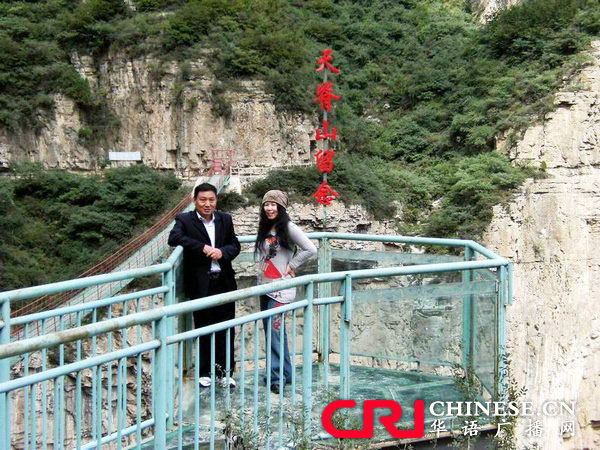 Tianjishan Footbridge location map. Note there are many roads not shown on the map that are visible on the satellite image.