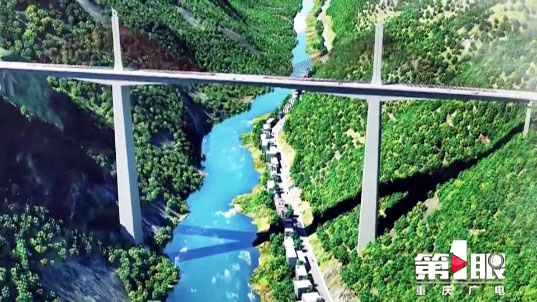 One of the highest extradosed bridges in the world, the 708 meter long Wujiang Bridge Mozhai is part of a new G65 expressway link that goes south from Penshui City to the Youyang to Yanhe Expressway. The main span configuration of 153+296+153 meters is supported on towers as tall as 256 meters.

There are more high bridges over the Wujiang then any other river on earth. 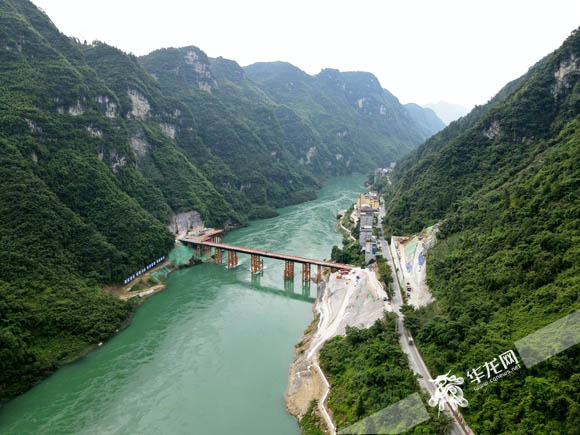 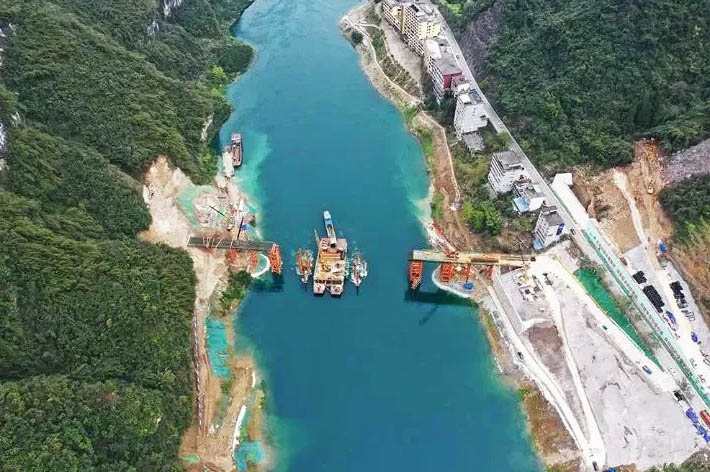 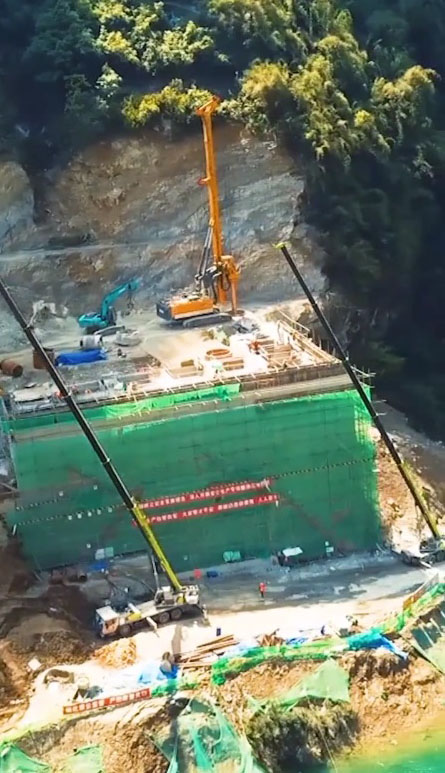 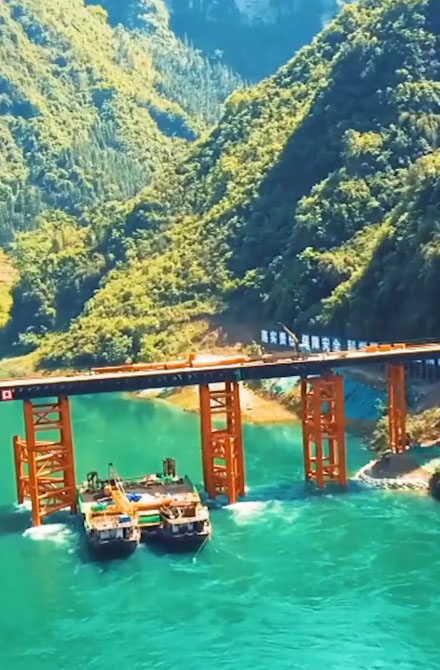 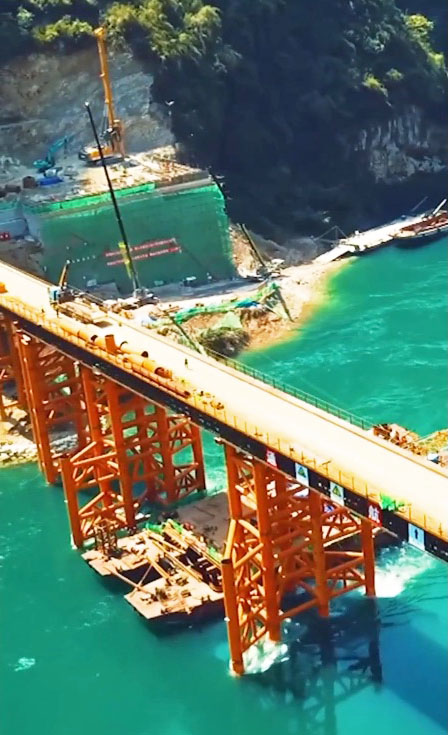