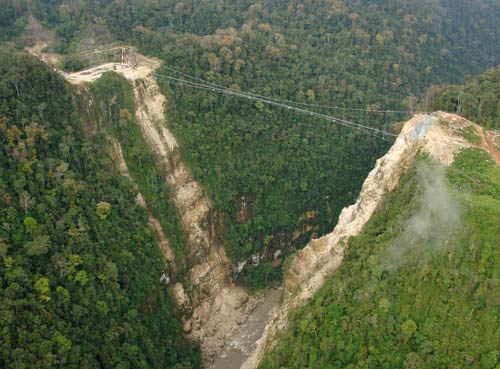 Located deep in the Southern Highlands Province of Papua New Guinea is the Hegigio Gorge suspension bridge, the highest pipeline bridge in the world. Upon its opening in November of 2005, the 1,289 foot (393 mtr) high bridge also became the highest bridge of any kind in the world, taking the record away from China’s 2-year old, 1,200 foot high (366 mtr) Beipanjiang 2003 suspension bridge. China took the title back again in 2009 when the 1,627 foot (496 mtr) high Siduhe suspension bridge opened. Some may argue that the Hegigio span is not a true bridge since it was not built for people but this third of a mile long web of wire and steel is a substantial structure capable of supporting several hundred tons of weight. The precarious look of the light and airy crossing is accentuated by the steep canyon walls which vary between 70 and 90 degrees.

The bridge is a major component of the Southeast Mananda field, a remote expanse of oil that was discovered in 1991. The small size of the field and the extremely remote, jungle terrain made it a difficult petroleum project to undertake with many technical obstacles to overcome. The challenge of economically extracting the oil was undertaken by a partnership of 4 oil companies including Oil Search Ltd, AGL Gas Developments, Merlin Petroleum and Petroleum Resources Kutubu.

Well fluids are transported from the SE Mananda field to the Agogo production facility via a 10 mile pipeline (16 km). The biggest physical barrier along the route is the deep limestone gorge of the Hegigio River. Once the fluids cross over the river, they flow into the Agogo facility where the oil is then fed into the main Moran pipeline where it travels more than 160 miles (258 km) further to the Kumul terminal in the Gulf of Papua. The bridge also supports a gas lift line that goes from the Agogo facility to the SE Mananda field. The bridge is designed to support two future flow lines when more fields are developed along the Mananda ridge. Oil first went across the bridge in March of 2006 with full production capacity achieved a few months later.

The assignment of building a bridge across the river went to Kellogg Brown & Root, a company owned by Halliburton that has constructed many pipeline related engineering projects over the years. Designed by engineer Ken Ross and built by Clough construction, the main span consists of 3 catenary cables, 2 of them horizontal and one vertical. The vertical cable consists of 87 individual wire strands that are 15.2 mm thick while each of the wind cables consists of 35 strands. The south side of the bridge is comprised of a 108 foot (33 mtr) high tower while the north side cable terminates just above the ground at the top of a rocky outcropping. The steep terrain on the north side required a 100 foot (30 mtr) high terrace to be carved into the rock in 16 foot (5 mtr) wide steps so the wind anchors could be installed. The north side of the bridge was also difficult to reach since there was no road access in place like there was on the south side. The first two cables were strung across by a helicopter while successively thicker cables were then winched across. Another construction hurdle came from the harsh weather which even today can be problematic to the operation of the pipeline. There is no pedestrian walkway on the bridge. If necessary, personnel access for maintenance is from a trolley that rides along two rails.

The bridge can be reached by a twin prop plane from the capital city of Port Moresby. The 350 mile (563 mtr) trek takes 75 minutes and can only be done with permission from one of the oil companies who oversee the mountain landing strips that are used to access the oil fields and pipelines. A road journey can be taken from Lae on a difficult 435 mile (700 km) trek through harsh, jungle terrain. During construction, most of the materials were transported in on this road. 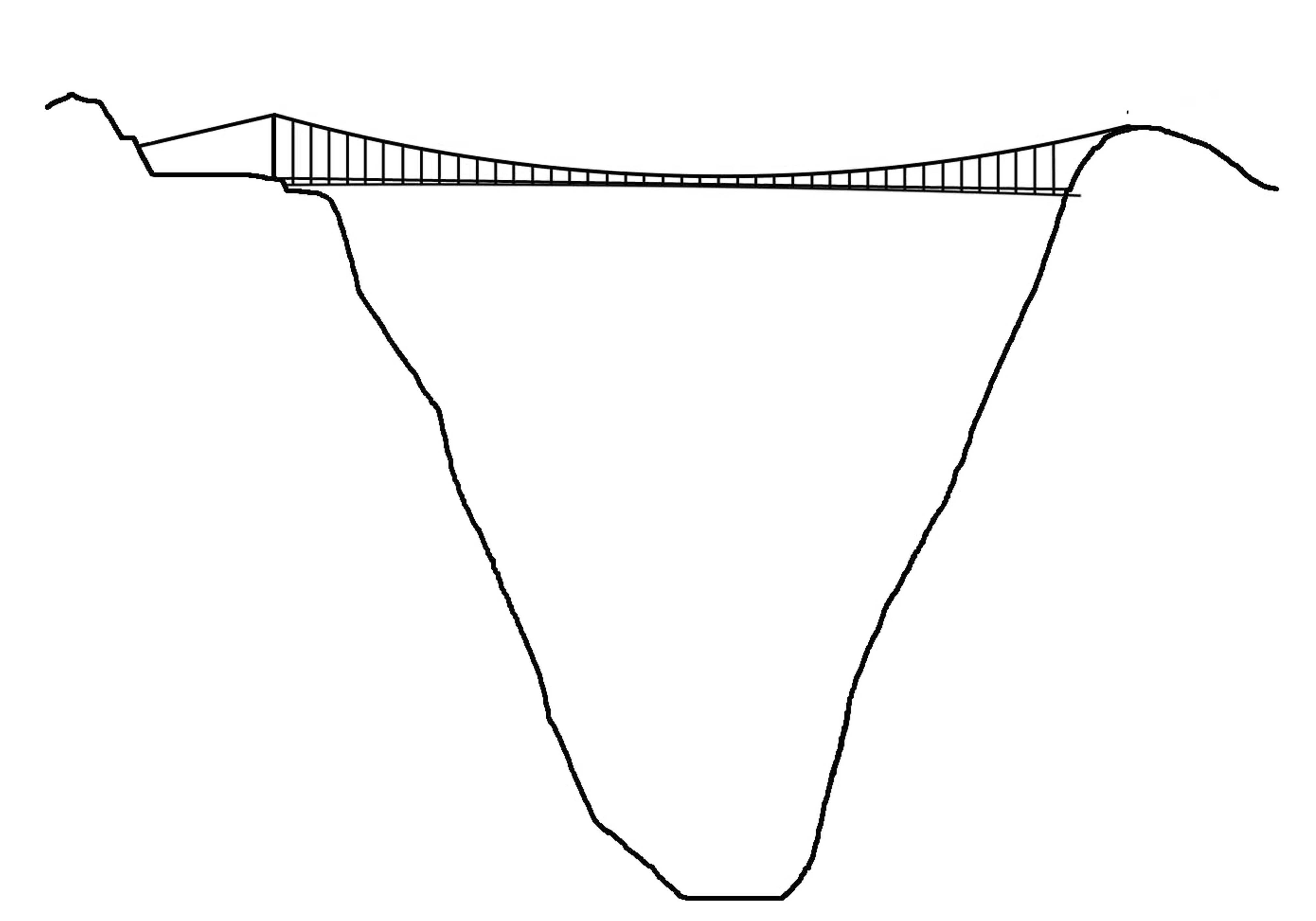 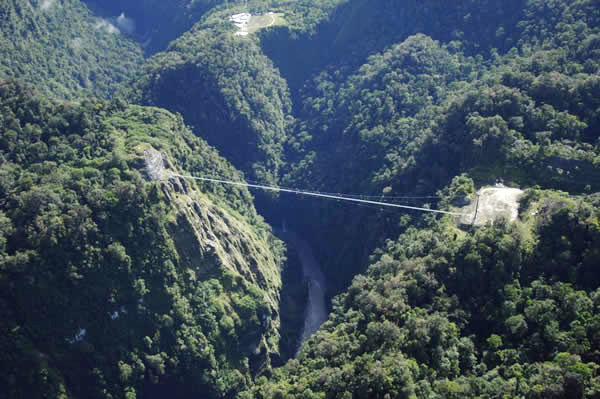 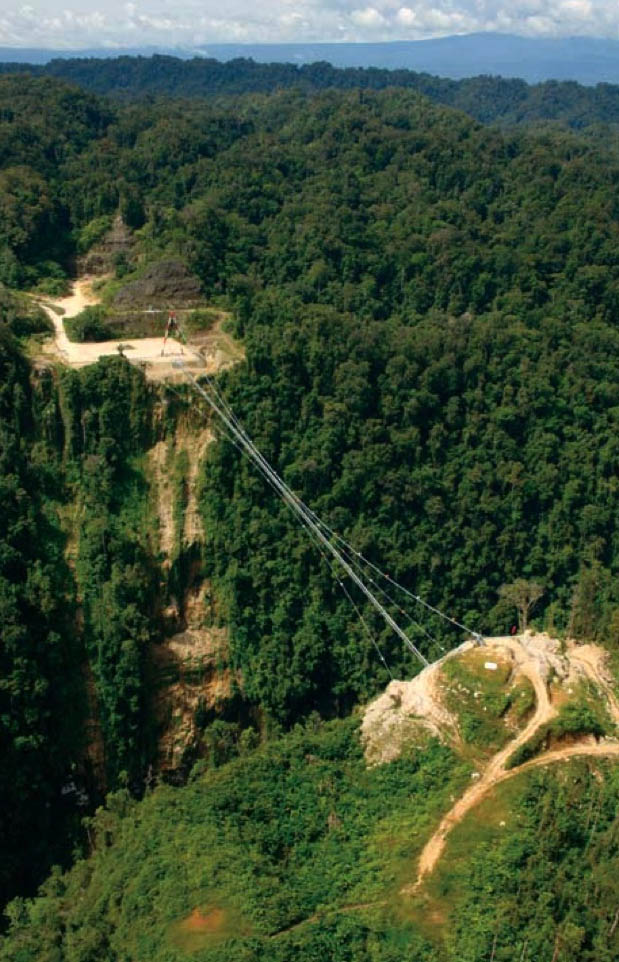 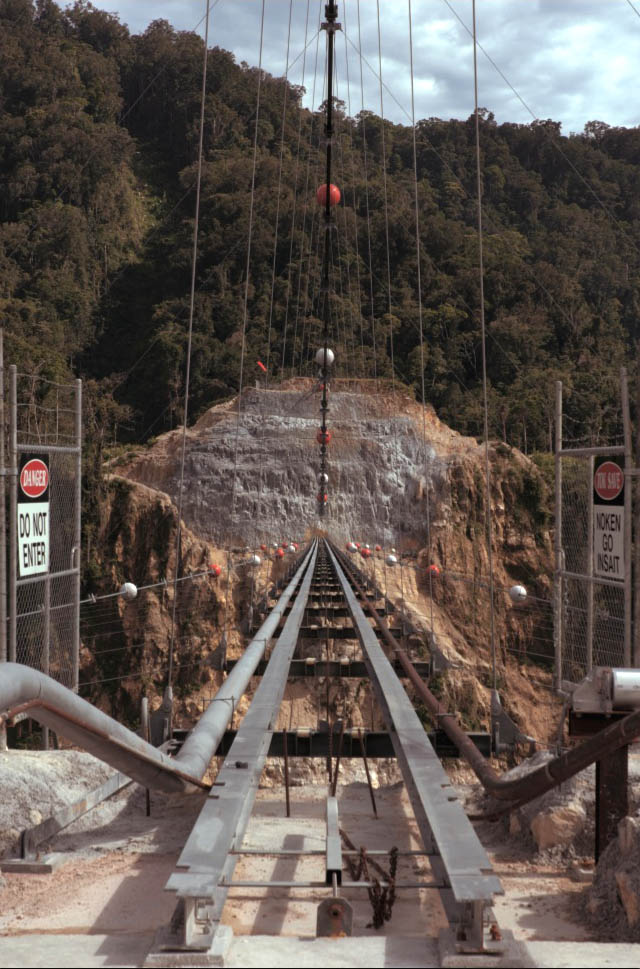 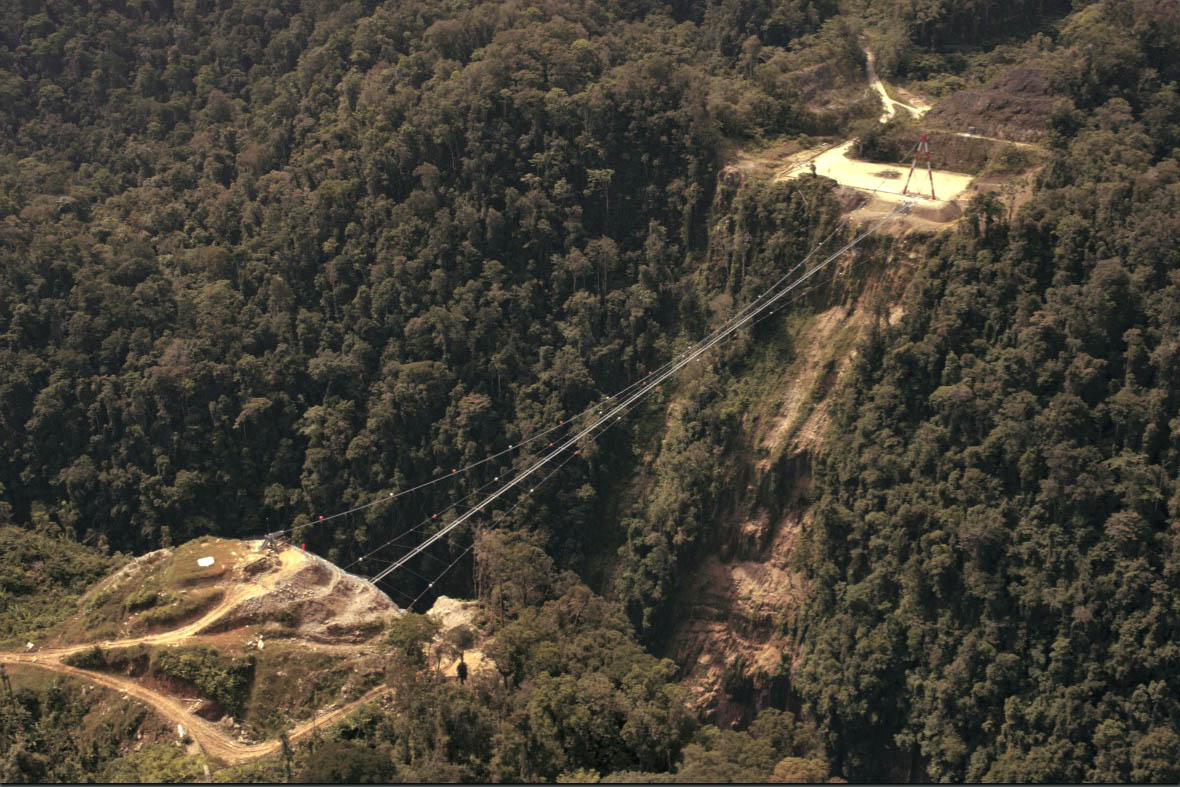 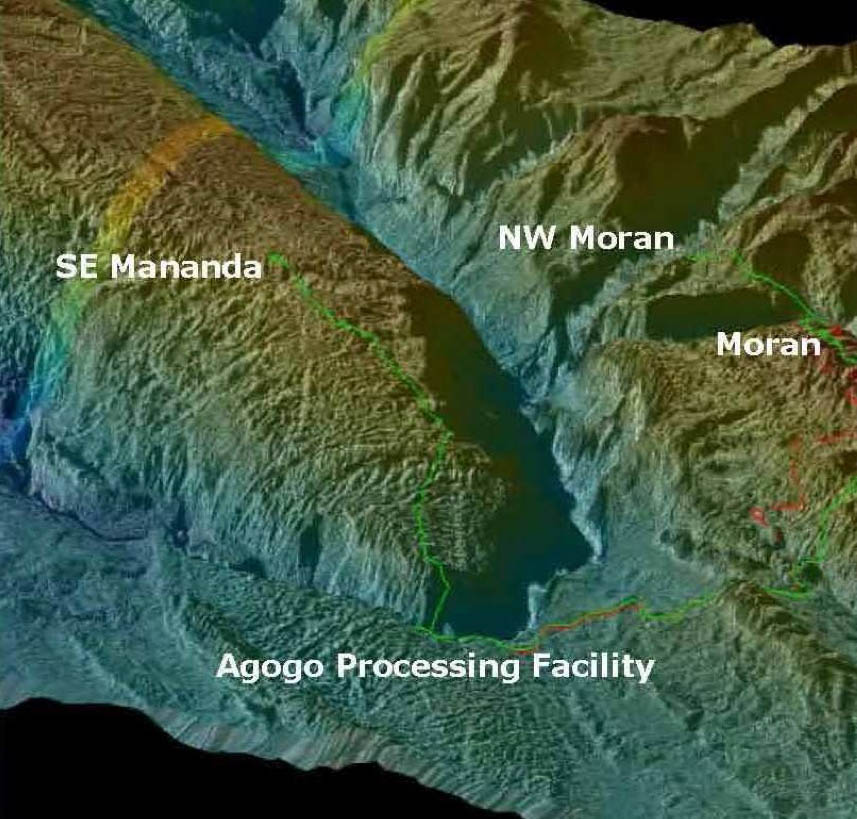 Topographic map of Mananda and Moran oil fields with the pipeline bridge crossing in the lower center. 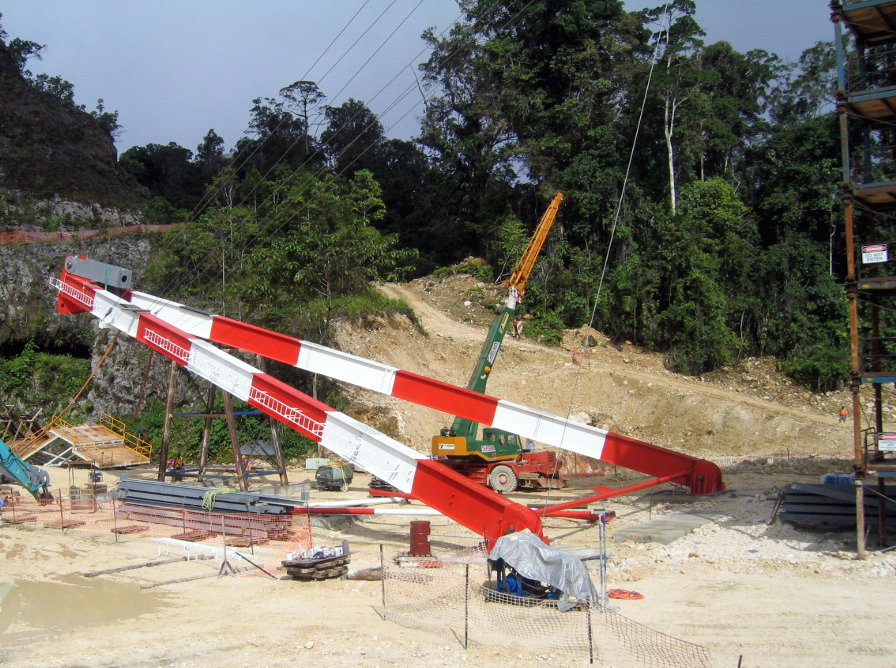 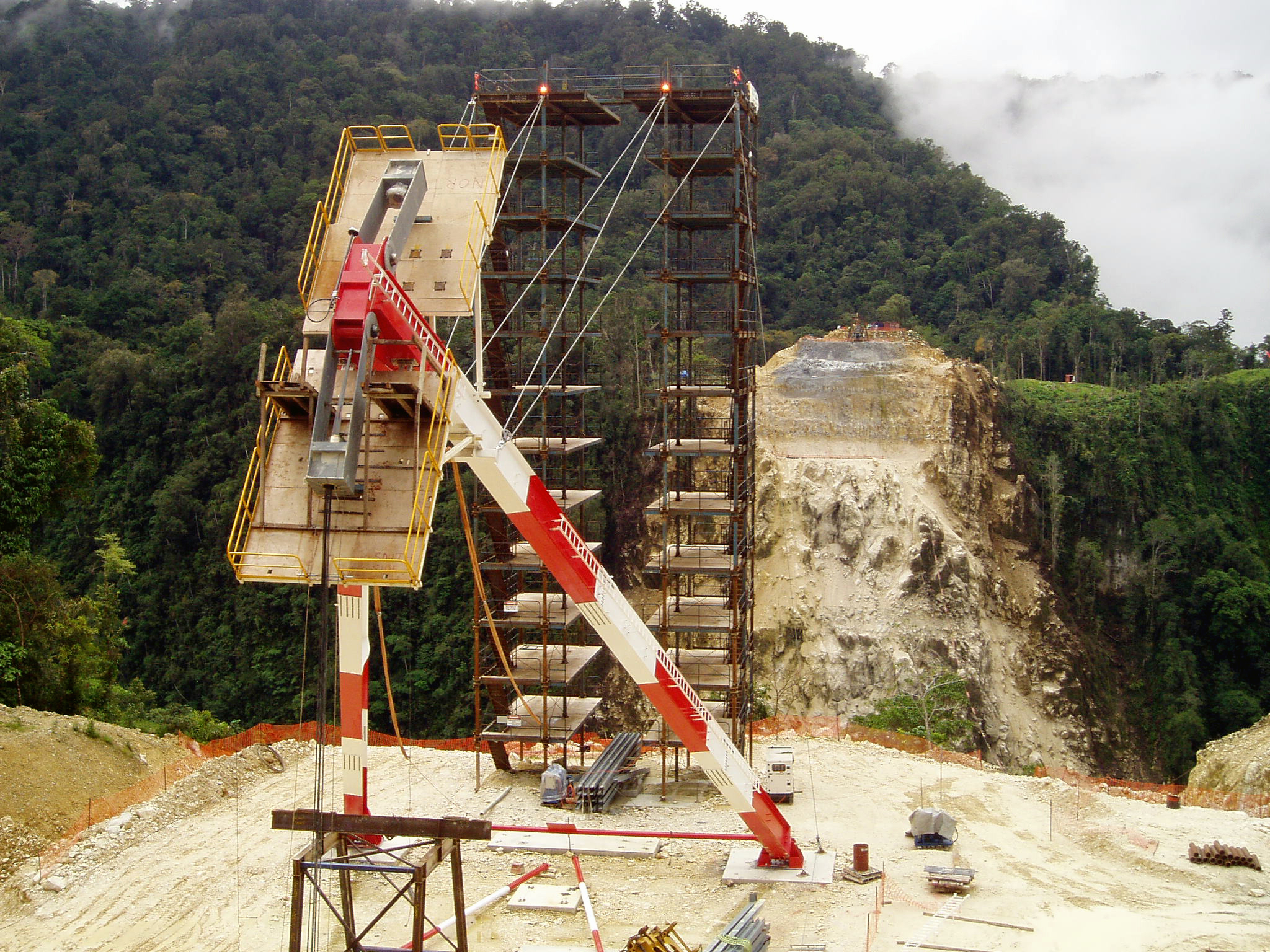 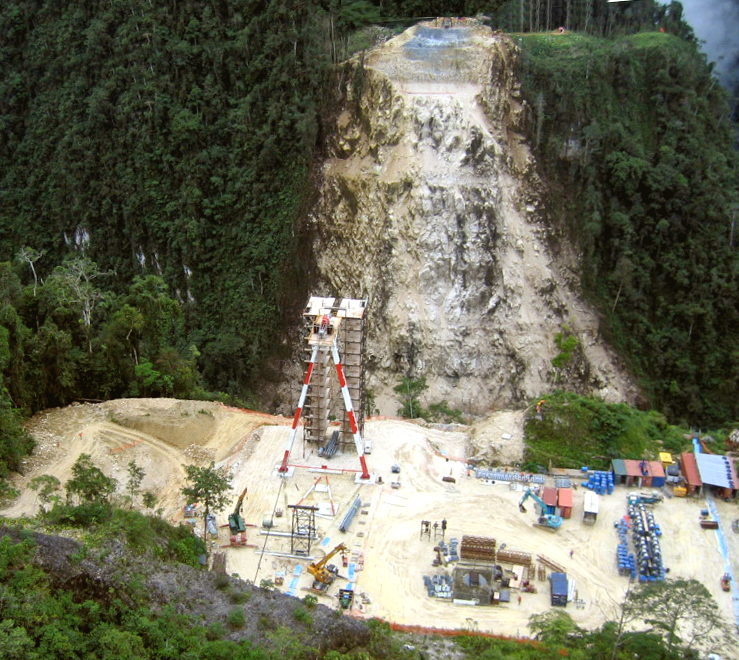 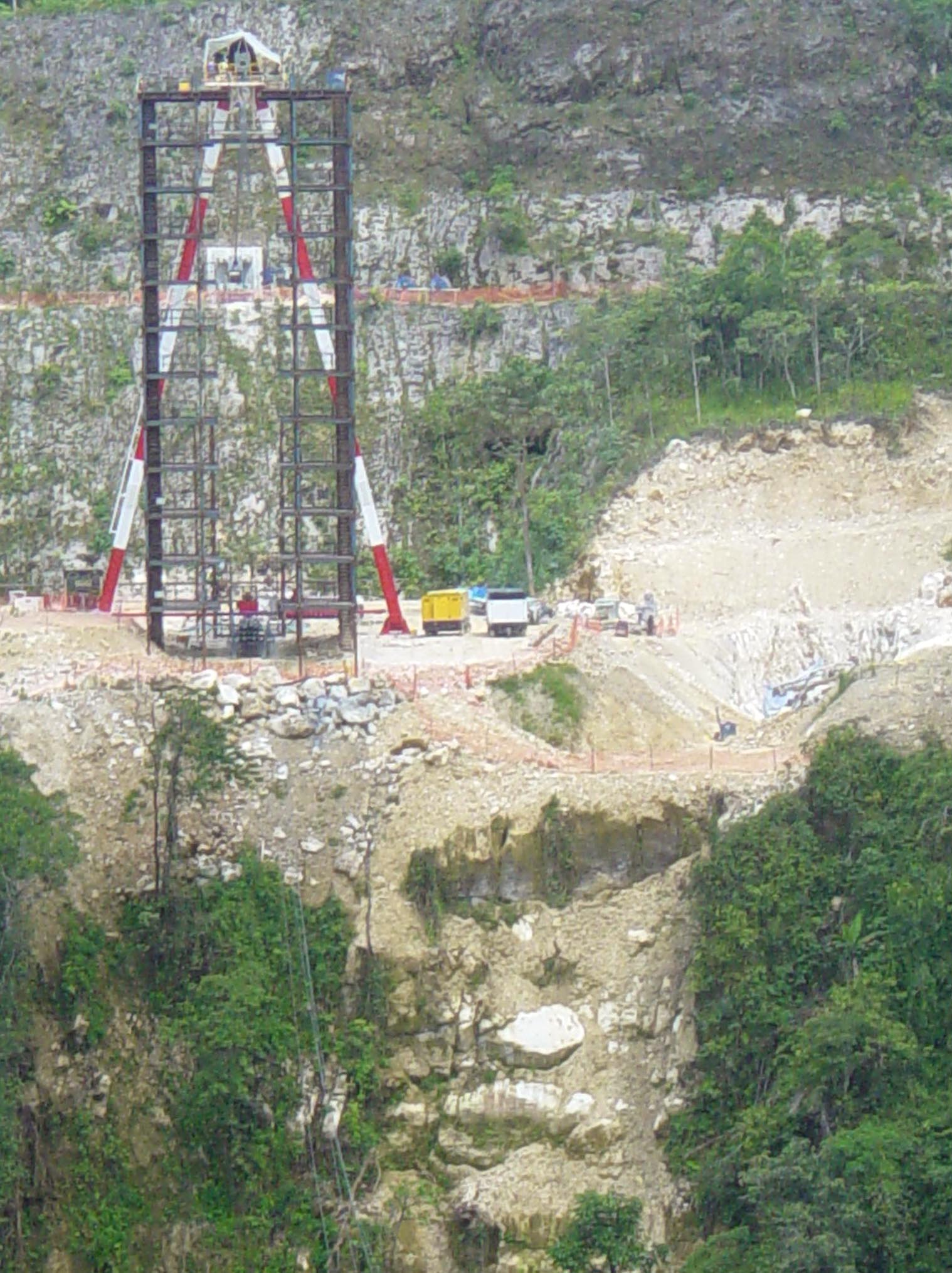 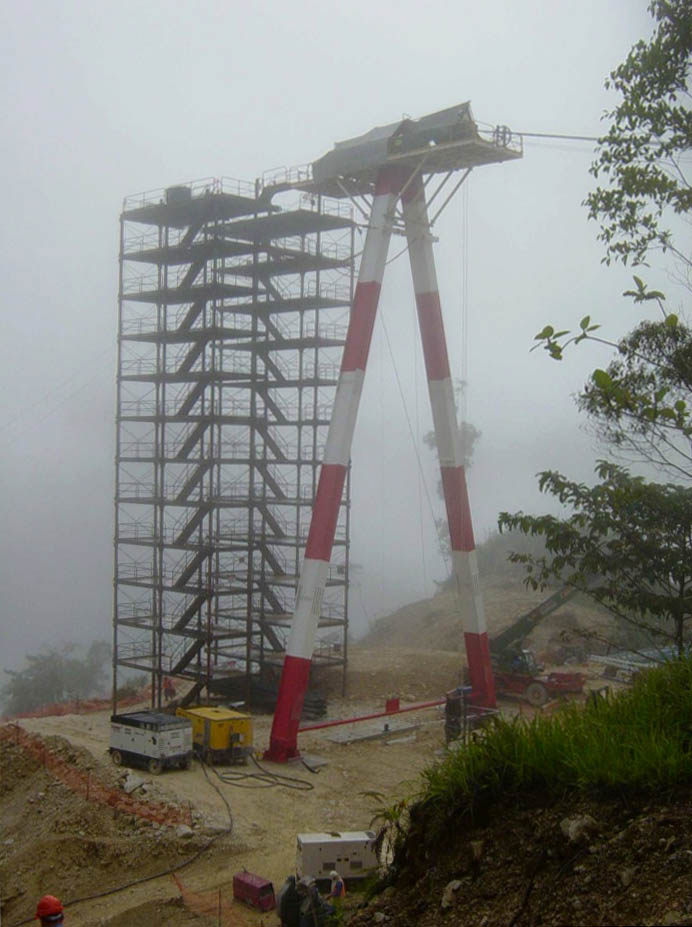 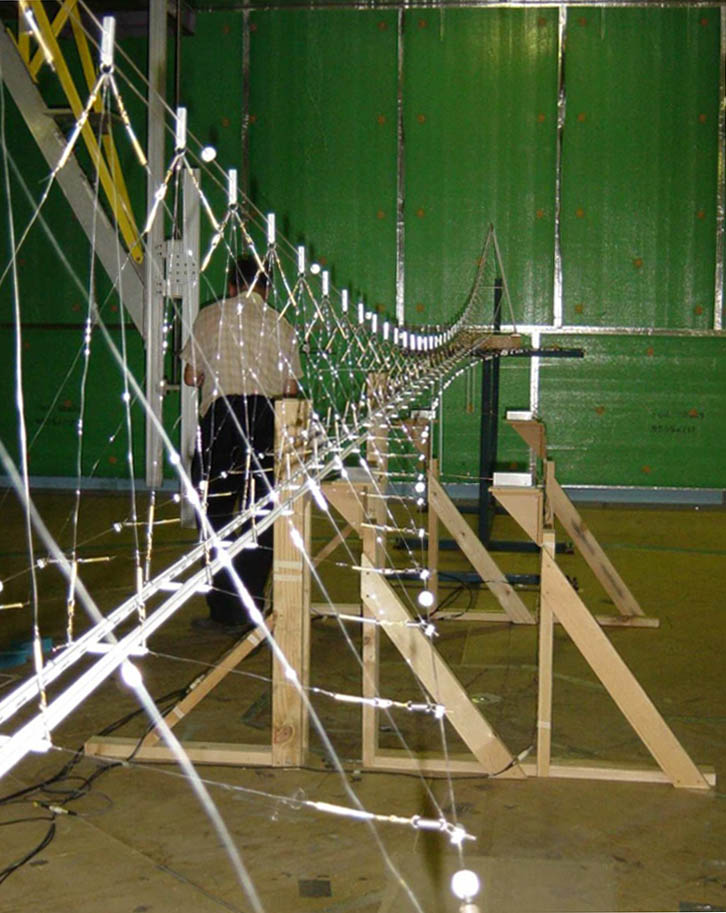 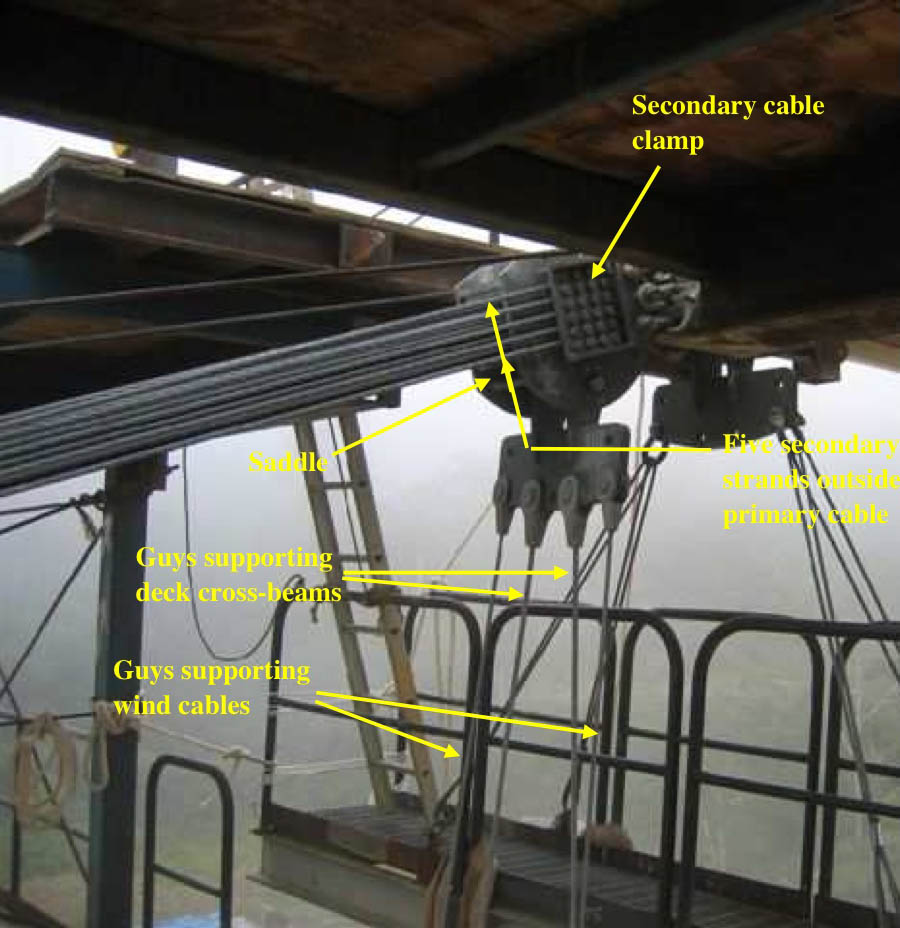 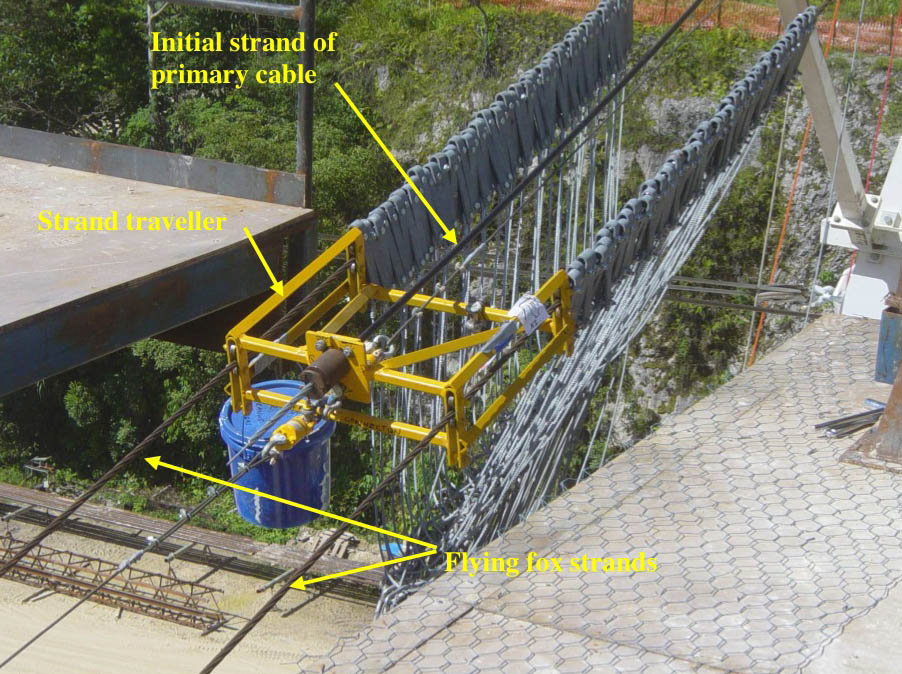 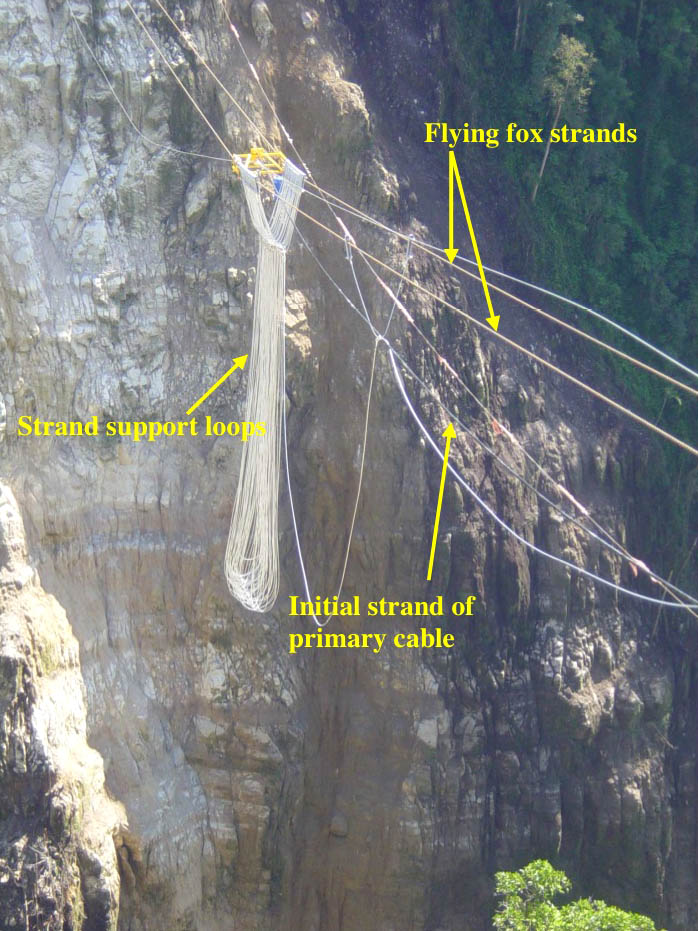 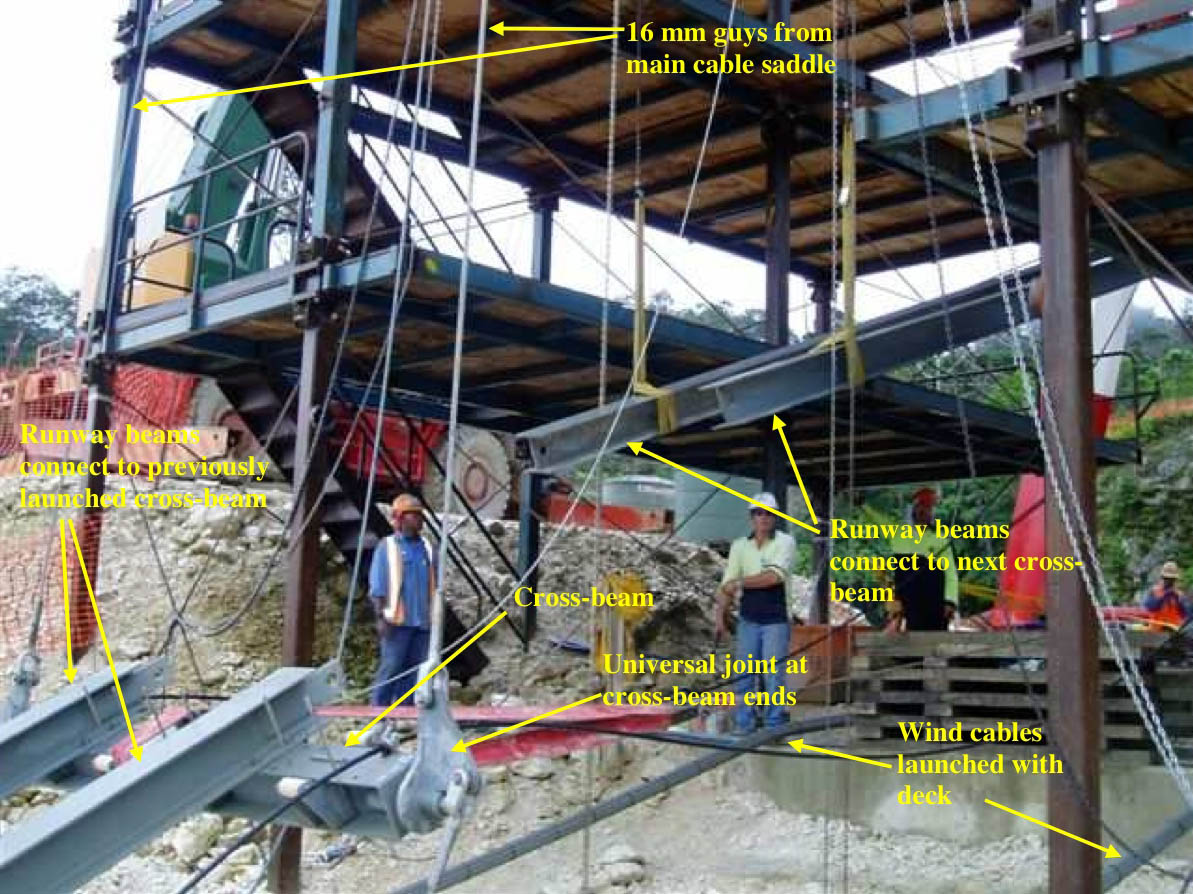 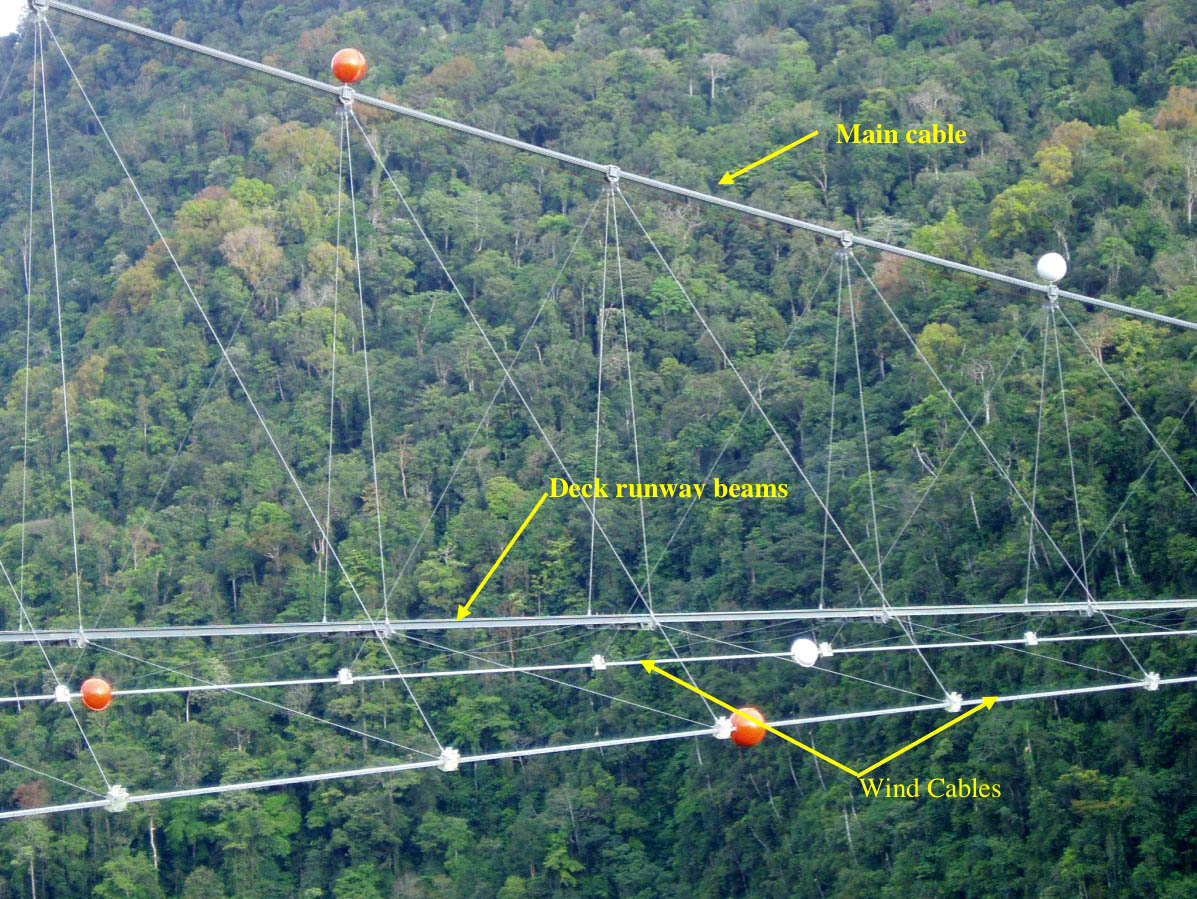 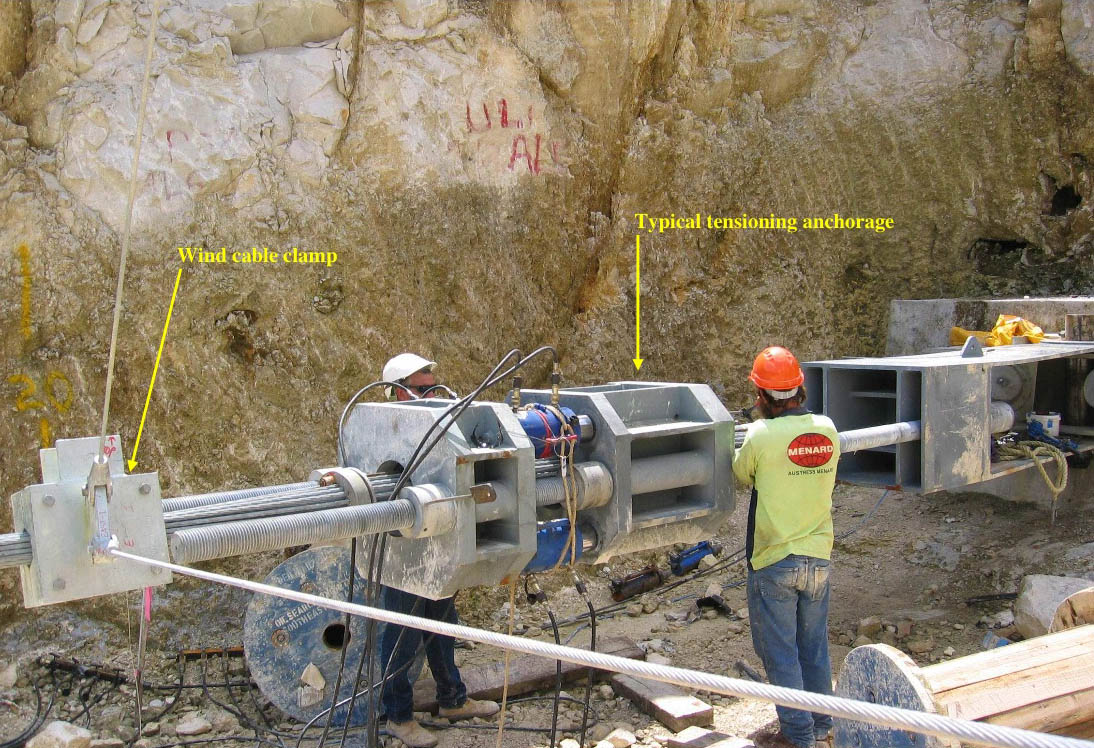 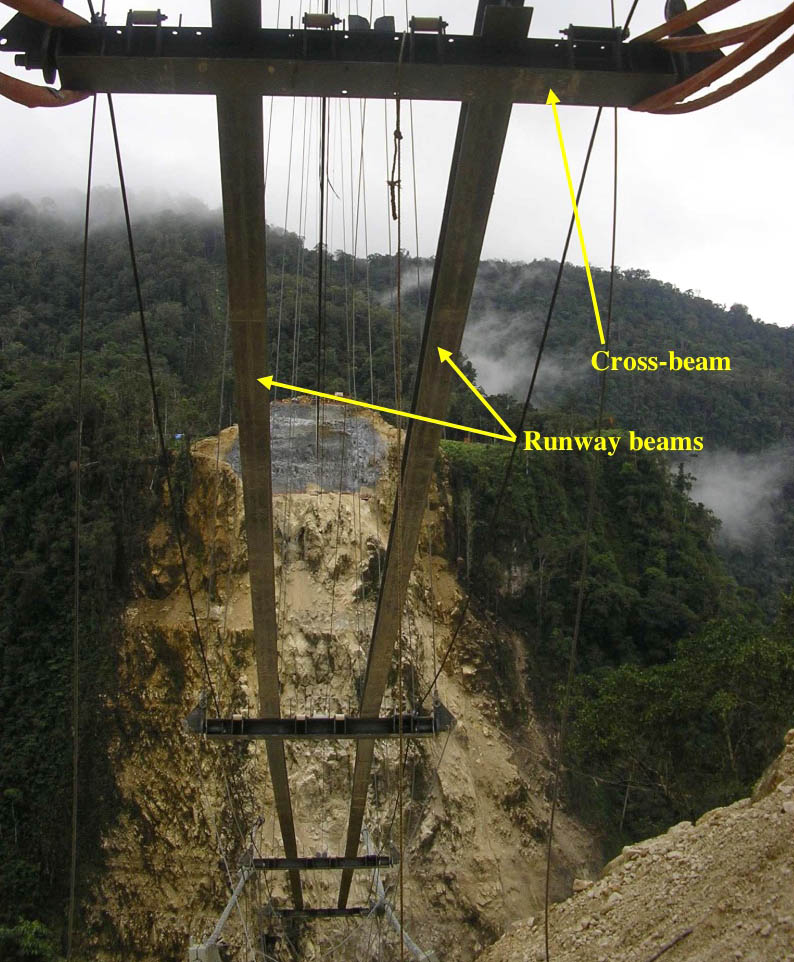 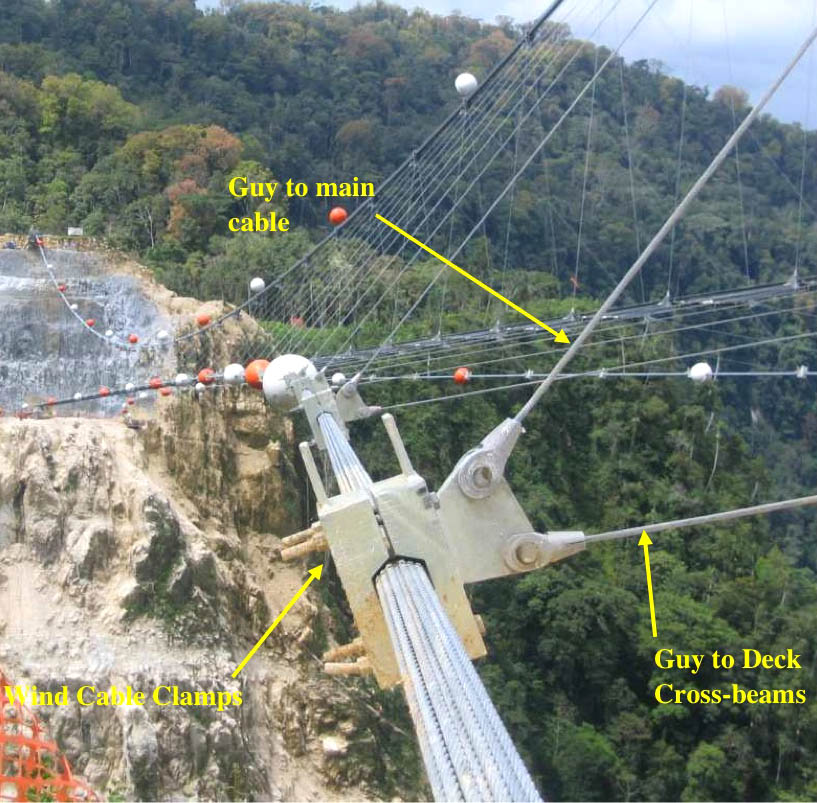 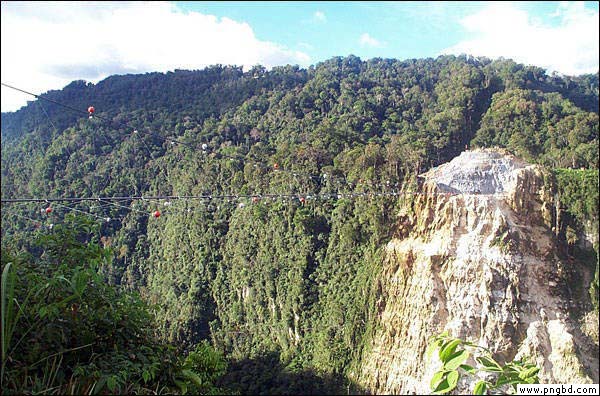 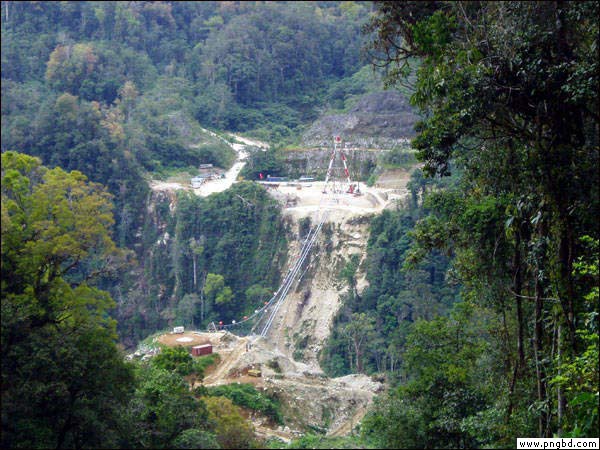 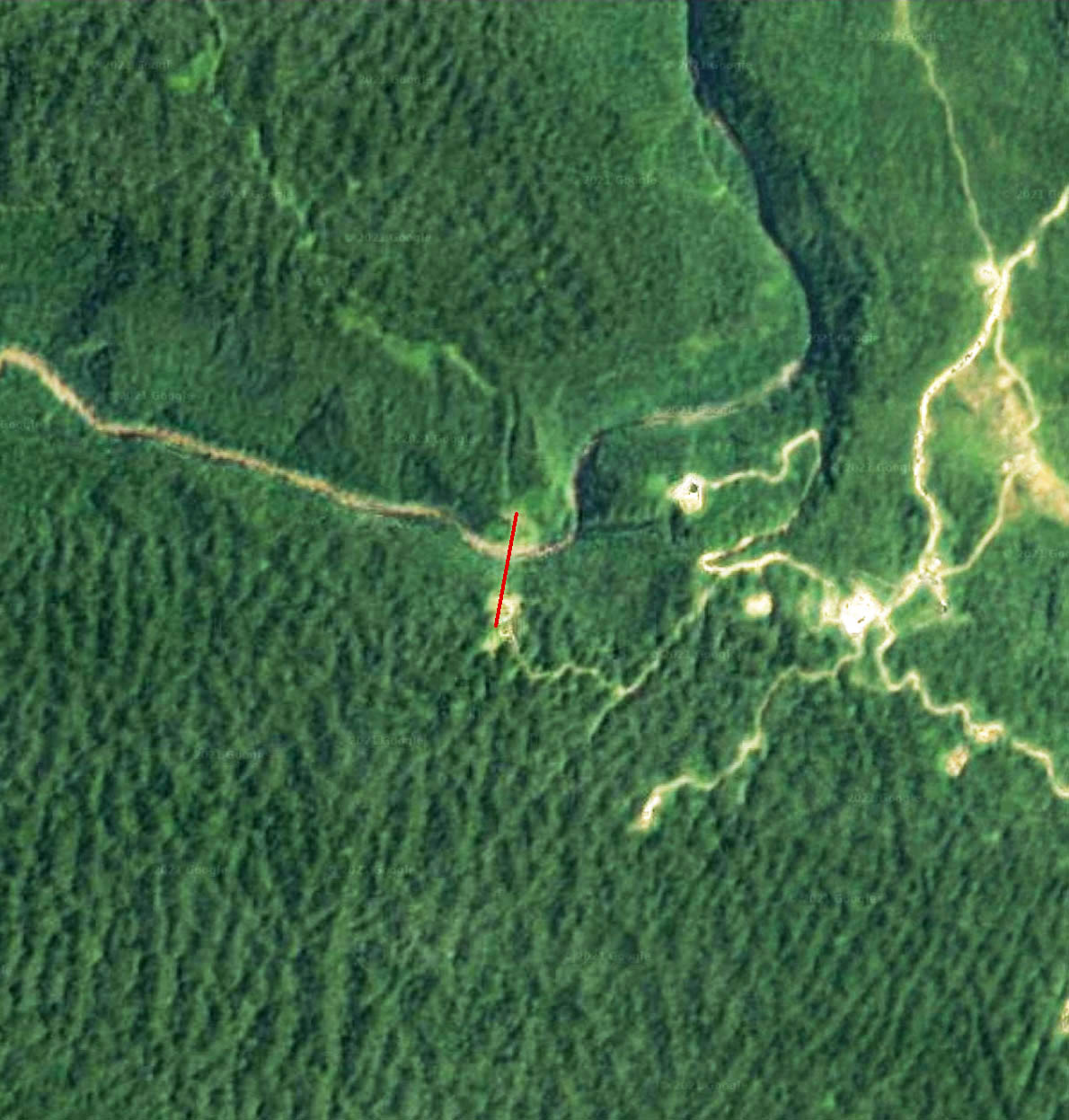 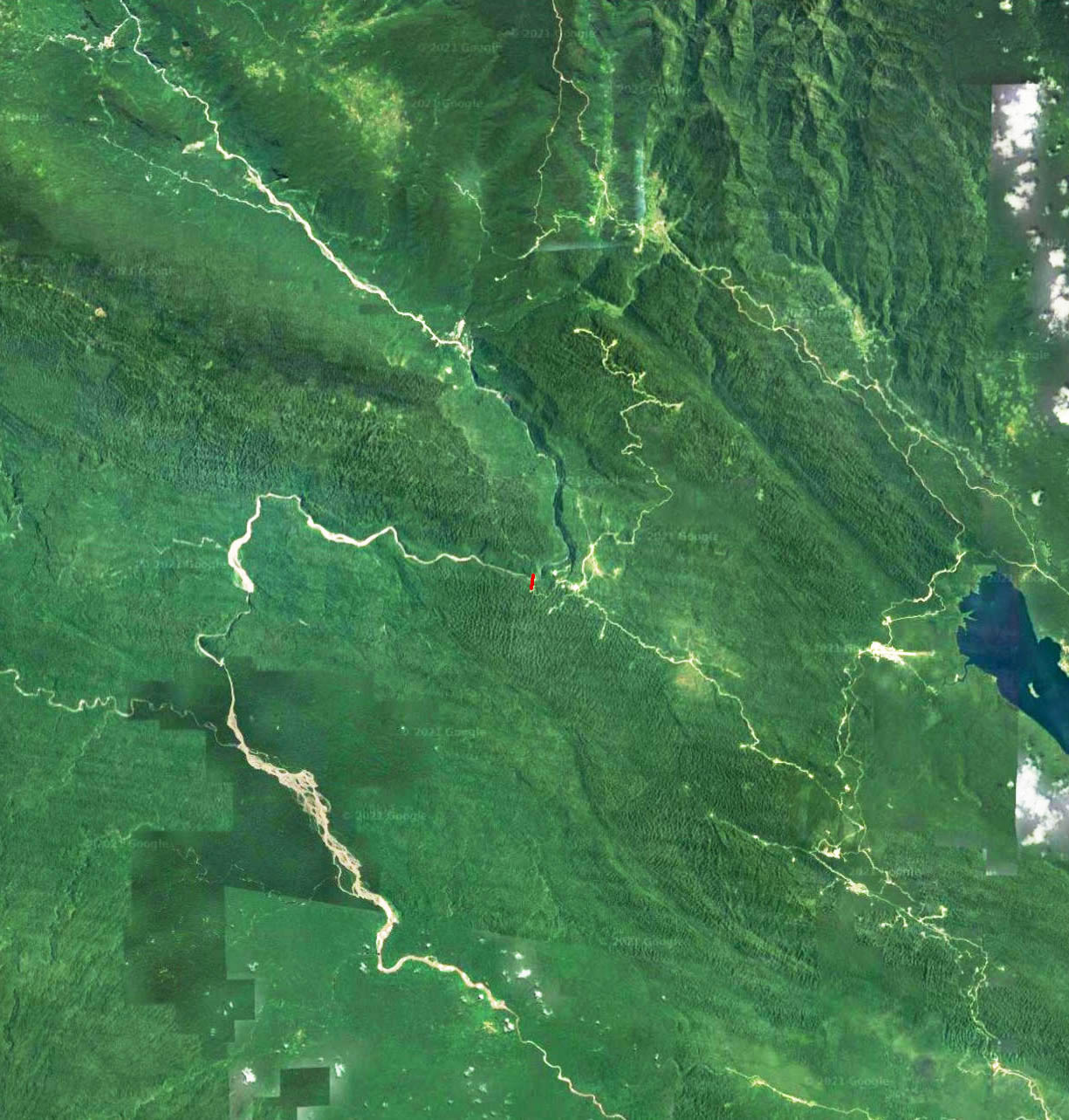 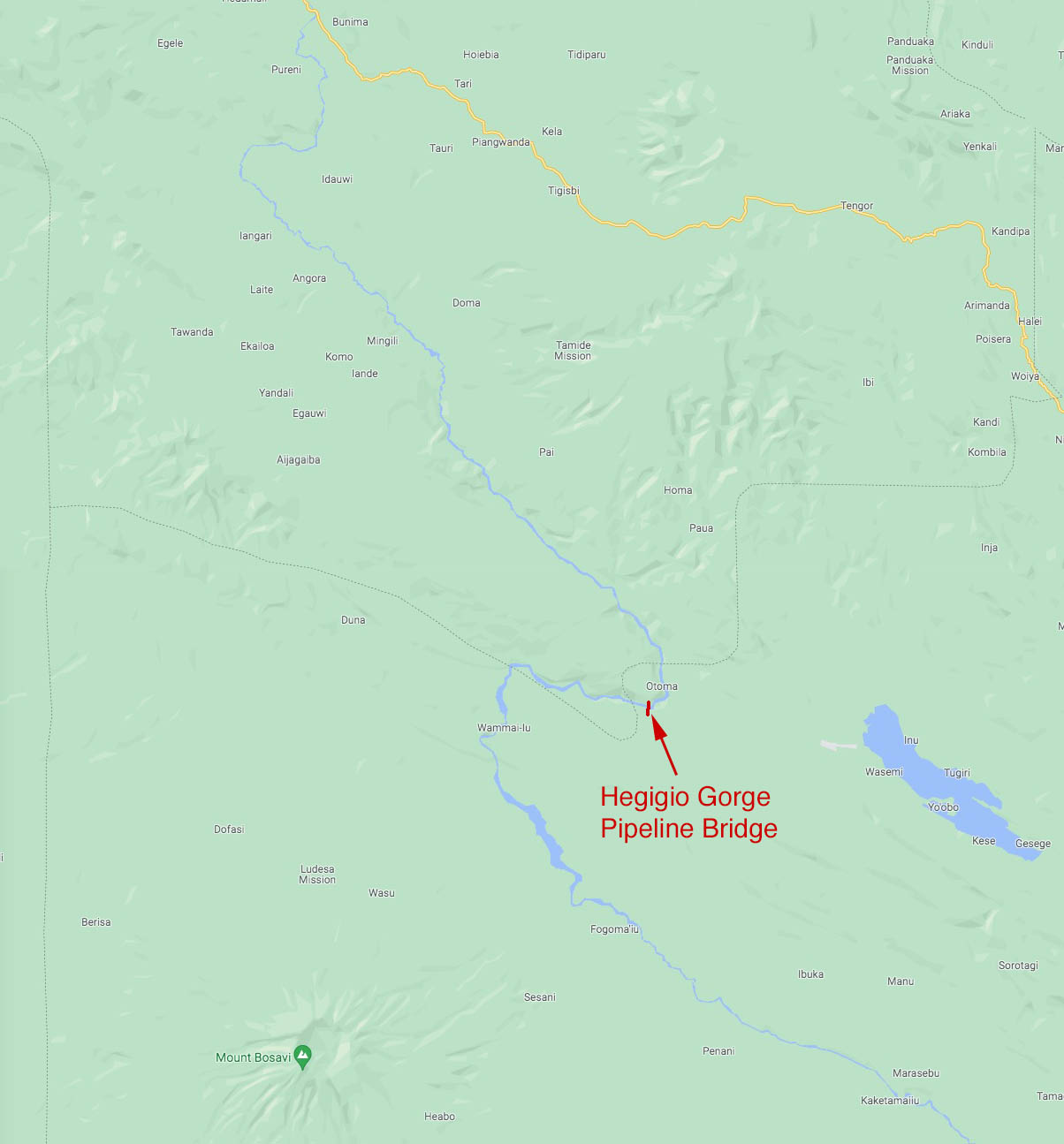 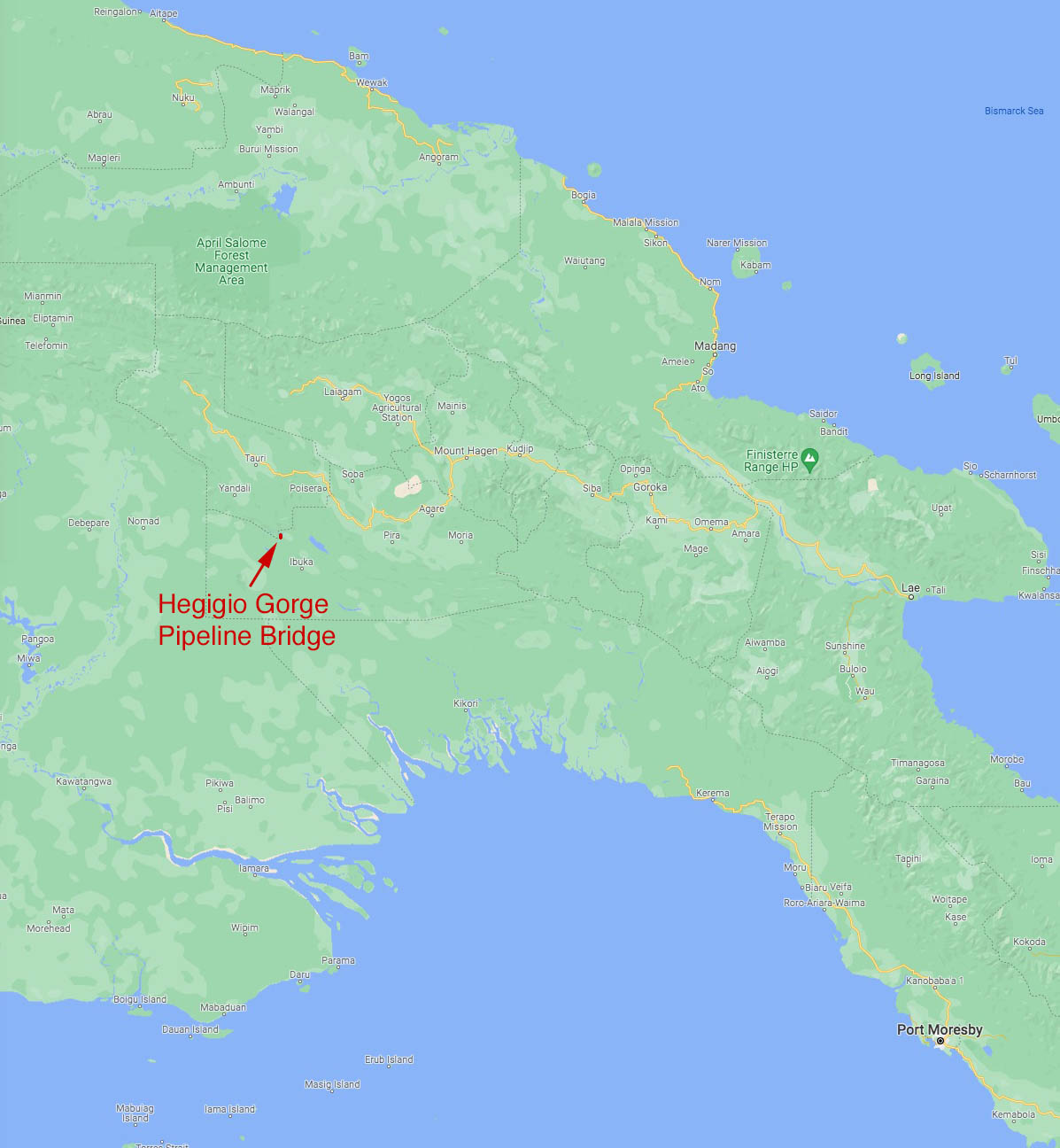